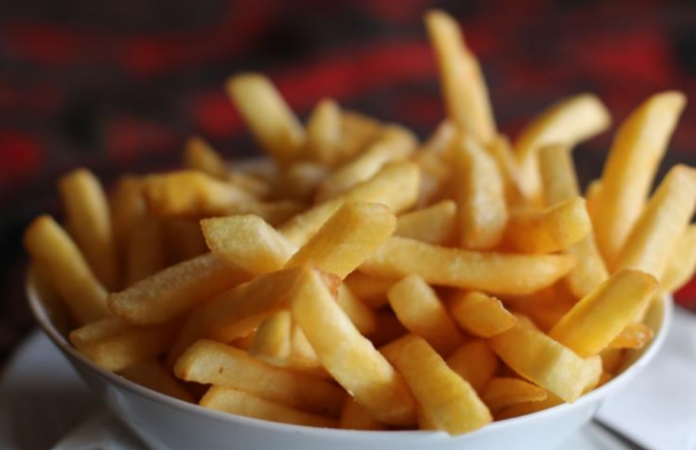 One Sukkot, my husband and I visited his boyhood neighborhood in Queens, New York. When David grew up in Forest Hills during the 1950s and 1960s, he lived in an Ashkenazi world among Jews from Eastern and Central Europe.

Today, many of the Jews who inhabit the streets of his youth are Sephardi, coming from the Central Asian countries of Uzbekistan and Tajikistan, once republics of the former Soviet Union. This region is called Bukhara.

Starting in 1972, Bukharan Jews left the harshness of communism, seeking a better life in Israel, and the Queens neighborhoods of Forest Hills, Kew Gardens and Rego Park, where now approximately 70,000 of them reside.

As David and I passed stores on 108th Street, recently dubbed “Bukharan Broadway,” we peered at signs written in Cyrillic. Russian was spoken, and china shops displayed tea sets with ornate Russian designs. Despite this, Bukharan Jews do not consider themselves Russian.

Embroidered jackets called joma beckon from store windows. They are worn by Bar Mitzvahs, brides and grooms and couples celebrating milestone anniversaries. On holidays, such as Sukkot, men wear these colorful robes along with flat hats, while reading prayers and drinking wine. David was astonished by these changes.

We stepped into a Bukharan bakery, and the owner introduced us to lepeshka, a 10-inch round bread with a dimple in the center. Coated with sesame seeds, lepeshka is baked in domed tandoor ovens. We bought two loaves, ripping off pieces; we found the bread delightfully chewy and moist.

We tried Bukharan crisp bread, crackers the size and shape of basins, perforated with tiny holes, like matzah. Cumin seeds are baked into the dough.

We chatted with a college student who immigrated to America when she was 15. She recalled Sukkot celebrations in Uzbekistan and sukkahs to accommodate large families. She raved about the Sukkot foods her grandmother makes: fried potatoes, vegetables and grape leaves stuffed with beef, and log-like meatballs in tomato sauce. Rice and meat are staples of Bukharan cuisine.

“The grandmothers are always the best cooks in everyone’s family,” she said. “They know the recipes and the old school of cooking.”

They are the link between the future in Queens and a vanishing world far to the East.

Rinse the grape leaves and place them in a large bowl of hot water. Cover for 2-3 minutes. Drain the leaves in a colander and reserve. Remove a dozen of the smallest leaves and set them aside.

Add enough water so it is level with the contents in the pot. Cover the pot and bring it to a boil. Reduce the heat to low and simmer for 90 minutes. Check the pot every 20 minutes, and add more water, if necessary. The recipe can be made two days ahead and reheated.

Fill a large pot with hot water. Add the granulated salt and stir until dissolved. Cut the eggplants and zucchini in half lengthwise and soak them in salt water for five minutes. Rinse and then dry them with paper towels. Reserve.

Cut the green peppers in half. Discard the seeds and inside fibers.

Blend and chop the reserved vegetable centers. Press them into the cavities of the eggplants, zucchini, potatoes, tomatoes and peppers. Do not fill them completely. Reserve any leftovers.

In a second bowl, mix the beef, rice, onion, kosher salt, pepper and garlic. Top off the vegetable cavities with the beef mixture. You should have some leftover.

Coat an 8-quart pot with vegetable spray. Heat oil in the pot on a low flame. Sauté the leftover meat and vegetables in the oil. Turn off the flame and add the tomato sauce. Layer the stuffed vegetables in the pot, starting with the eggplants and zucchini, followed by the peppers and tomatoes, and finally the potatoes. Add enough water to cover the vegetables.

Cover the pot and simmer over a low flame for 50-60 minutes, or until vegetables wilt and potatoes are soft.

1 tomato, cut in half

In a large bowl, combine the beef, onion, breadcrumbs, egg, salt and pepper. Using about ¼ cup of the mixture at a time, shape it into logs. There should be 16 to 20 kotleti, or meat logs.

Pour enough oil in a large frying pan to generously cover the bottom. Heat the oil over a medium flame. Place 4 or 5 kotleti in the pan. Turn them when the bottoms brown. Continue turning until all sides are brown. Remove the kotleti to paper towels to drain. Fry the remaining kotleti.

Add enough oil to cover the bottom of a large pot. Heat over a low flame. Add the peppers, stirring until wilted. Add the tomatoes and stir for two minutes. Pour in the tomato sauce, stirring well.

Turn off the flame. With a long-handled spoon, place the kotleti in the pot one by one. They can be layered. If necessary, add a little water to cover the kotleti. Cover the pot and simmer on a medium-low flame for 10-15 minutes. Reserve until the French fries are ready.

Cut the potatoes into julienne strips. Rinse them in a colander and dry them on paper towels. Divide into four batches. Preheat your oven to 250 degrees.

Heat the oil in two large frying pans. Place the potatoes inside in batches. Sprinkle each batch with salt. When the bottom sides brown, turn and brown the tops. Add oil, as needed.

Place the French fries on paper towels to drain. Move them to an ovenproof baking dish and place them in the preheated oven, while frying the next batches. Serve either alongside the kotleti or beneath them.

Letter from Bukhara: finding the last vestiges of community in Central...