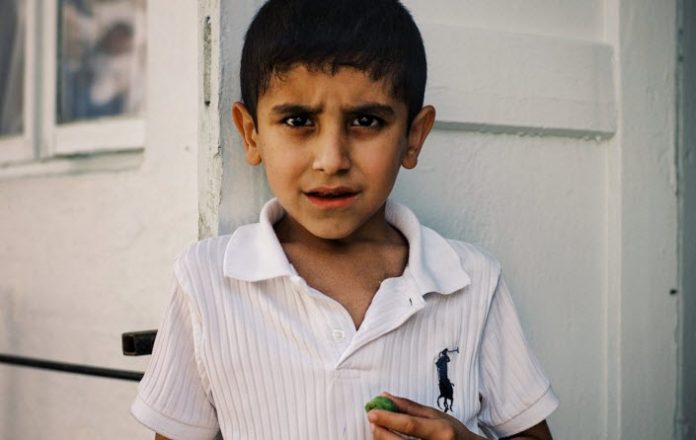 Bukhara in Uzbekistan is today home to just a few hundred Jews, but their cultural legacy is rich and indelible.

The historical Uzbek city of Bukhara is best known for once being a centre of Islamic scholarship, boasting dozens of well-preserved mosques, madrassas and fortresses.

However, what few outside of Uzbekistan know is that the city is also the home of a Jewish community, whose history is at least as old as Islam.

Today, there are fears that this unique community and its language – a form of Tajik, itself heavily related to Farsi – could disappear. Community leaders and a sizeable diaspora are doing there utmost to ensure it doesn’t.

Once numbering as many as 45,000 people, only a few hundred Jews remain in the Bukhara region, most having migrated to Israel or the United States over the past three decades. The New York City area alone is home to an estimated 80,000 Jews of Bukharan descent.

One of these is Professor Immanuel Rybakov, a lecturer at Queens College specialising in the history of the Bukharan Jews.

Born in Bukhara, he moved to New York with his family in 1999.

“The older generation which knows the Bukharian language and tradition continues to follow it,” Professor Rybakov explains. “But the younger generation unfortunately doesn’t.”

Professor Ryabkov is one of the diaspora leaders striving to keep the culture alive. Along with his academic work, he is president of the Association of Bukharan Jewish Youth of the USA and has written a study guide for the Bukharian language.

Citing archaelogical findings, Professor Rybakov says that Jews have been in Central Asia for at least 2,000 years. There are various explanations for their origins: one legend says that they are descendants of one of the ten lost tribes of Israel, scattered around the region after the Assyrian conquest of ancient Judea.

The most commonly-accepted explanation is that Bukharan Jews descend from the Jews freed from Babylonian captivity by Cyrus the Great, founder of the Achaemenid Empire. Cyrus is highly-regarded in the Hebrew Bible for liberating the Jewish community.

In the 7th and 8th centuries, Mohammed the Prophet’s successors managed to bring down the Sassanid Empire (a successor of the Achaemenid Empire) and convert large parts of its territory to Islam. Shortly after, Bukhara became the capital of an eponymous khanate. The Jews living within it were given special protected status – with Jews designated by Islam to be “people of the book” – and paid a special tax.

After Bukhara was sacked by Genghis Khan’s forces, renowned Turkic leader Timur (widely known as Tamerlan) rebuilt the city with the help of Bukharan Jews. However, over the next centuries, the community became more and more isolated.

“Living under the khanates, Jews would follow the laws of Omar, which discriminated against non-Muslims. In the Russian Empire, Bukharan Jews got more freedom. Many became successful merchants and built lots of real estate.”

With escalating anti-Semitic violence in the last decades of the Russian Empire, many Jews from European parts of Russia began moving to Central Asia. The Russian Revolution then precipitated another major transformation of Bukharan Jewish society. 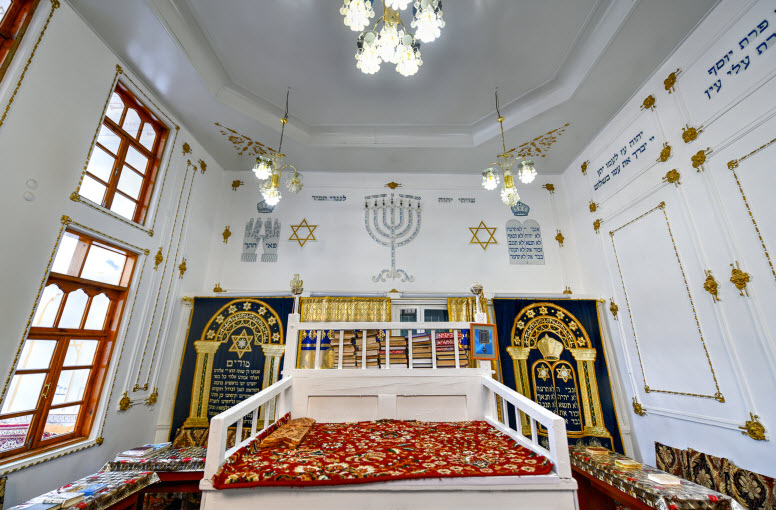 “The Soviets confiscated gold from rich Bukharans. Many had to leave. However, they offered free education to poor people and most Bukharan Jews were poor. Many reached high-ranking positions in the government, in universities and various organisations.”

The Bukharan Jewish community reached its peak during these years, living throughout Central Asia. Several prominent Soviet musicians, actors and composers, such as Gavriel Mullokandov and Suleiman Yudakov. However, the demise of the Soviet Union prompted a major exodus of Bukharan Jews. Fearing ethno-nationalism and a resurgence in Islamism in Central Asia, Bukharan Jews began immigrating en masse.

‘Our culture will survive’
Today, the few hundred that have stayed behind in Uzbekistan maintain contacts with the diaspora. However, with every generation, the diaspora becomes further and further removed from its homeland – leading to fears of the unique culture disappearing entirely or becoming subsumed into the broader Jewish culture.

However, according to Shlomo Nisanov, a rabbi of Bukharan origin, this will not erase the Bukharan Jewish identity. “We are not defined by land mass. We are defined by ideology. Even if there are none of us left in Bukhara, our culture will survive. It has faced much harder challenges in the past.”

Today, visitors can travel to Bukhara on a modern, high-speed train. There, they can see the remnants of the Jewish community. The diaspora has been active in supporting its heritage: an 18th century synagogue has been renovated and restored, and old Jewish graveyards are maintained using funds from abroad.

And members of the diaspora – like Professor Rybakov – continue to keep the culture alive by linking the new generations with their heritage.

As such, Bukharan Jewish heritage continues to be intertwined with the remarkable history of Bukhara and Uzbekistan as a whole.

Although the majority of the community may have emigrated, they have left an indelible imprint on Uzbek and Central Asian history.