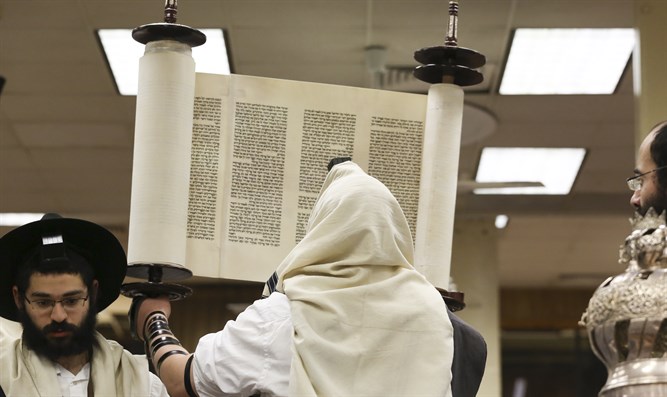 The once-flourishing Jewish community in Slovakia of about 136,000 Jews has dwindled to a mere 2,600 Jews.

A festive procession took place in Slovakia this week to celebrate the completion of the first new Torah scroll in the country since the Holocaust, according to a Chabad.org report.

Tzali Myers, the son of Rabbi Baruch and Chanie Myers, Chabad emissaries in the capital city of Bratislava since 1993, led the procession as part of his bar mitzvah celebration.

“I remember my mother telling me how Holocaust survivors quietly brought a Torah back into the shul [synagogue] after the war ended,” a participant said. “They hugged it and cried, and walked with it from the courtyard into the shul. But a singing procession like this, they could never have imagined it would be possible.”

The Torah was completed with the help of scribe Rabbi Shimon Shimonov of neighboring Austria.

“Wow. Incredible. This is one of the most touching moments of my entire life,” said Dr. Tomas Stern, president of the Bratislava Jewish community, after writing one of the final letters of the Torah scroll with a special quill pen.

Rabbi Myers, who also serves as Bratislava’s chief rabbi, and his wife Chanie have dedicated themselves to rebuilding the once flourishing Jewish community in Slovakia, which was decimated during the Holocaust. The Jewish community in Bratislava, formerly Pressburg, was the largest in Slovakia, serving as the country’s religious and political center. About 15,000 Jews lived in Bratislava in 1930, about 12% of the population.

“The writing [of the scroll] was followed by a joyous, police-escorted procession through the center of Bratislava, passing in front of the Presidential Palace, gaining the attention of passers-by and the media, and generating a special sense of pride and belonging among the local Jewish community,” Chanie Myers said. “It was truly an emotional, very meaningful event.”