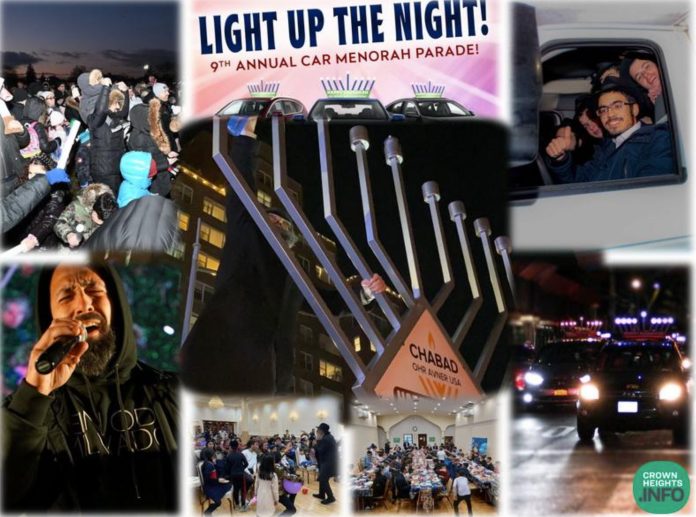 This Chanukah, marking a year of Hakhel, the Shluchim to the Bukharian community in Queens made extensive efforts to reach as many Jews as possible throughout the eight Chanukah nights.

Queens is the largest borough of New York City, home to close to 3 million people, with hundreds of thousands of Jews among them.

Despite the icy weather that descended on New York City over the holiday, large crowds attended the event and were warmed by the singing of Uri Davidi and Avi Binyamin. Young and old danced to the holiday songs, enjoyed Chanukah treats, and participated in a special game that gave over messages of Chanukah and Hakhel.

The event was arranged with the cooperation of a long list of synagogues and community centers in the area, and twelve children, from the full spectrum of the community, were honored to recite the 12 Pesukim. A special thanks was extended to Ariel Shimanov, Yaakov Hershkowitz, and Asher Kogan, for their endlessly dedicated work to make the event the success that it was.

On Monday afternoon, with the approach of the second night of Chanukah, a massive parade of more than 100 vehicles toured the entirety of Queens, bringing the light of Chanukah to thousands of excited onlookers. The parade was arranged with the enthusiastic help of the bochurim of Tomchei Temimim of Queens, under the leadership of Rabbi Sharf.

The police sheriff accompanied the parade and ensured that all junctions were closed for the safety of all involved. A massive truck with an LED screen joined the parade alongside the cars, displaying videos of the Rebbe. At the parade’s conclusion, participants gathered in a large park near the Bukharian Community Center, where they were addressed by Bukharian Chief Rabbi Baruch Babayov, who also lit the menorah at the conclusion of his warm remarks.

On Tuesday night, a large gathering was held for all those students of the Ohr Chana high school, and on Wednesday evening, the annual dinner for the Ohr Avner – Chabad Lubavitch institutions was held in high style.

On Friday night, over 200 youngsters gathered for an Oneg Shabbos which quickly turned into a lively Chanukah farbrengen with Shliach Rabbi Asher Veknin.

On Sunday evening, a Tzivos Hashem rally was held for all the children of the community, led by new Shliach Rabbi David Shoshan. The children enjoyed a rich buffet, prizes and raffles, quizzes and shows, and of course, a central menorah lighting.

Shliach Rabbi Shraga Zalmanov assisted in obtaining the approvals to place the giant menorahs throughout Queens, and Queens Head Shliach Rabbi Shalom Ber Hecht supported the activities and encouraged all Shluchim to expand their activities in light of this Hakhel year.

The Rebbe’s Shluchim have concluded eight days of intense activity and eight days of immense light — the sounds of which will surely echo throughout the borough in the coming months. 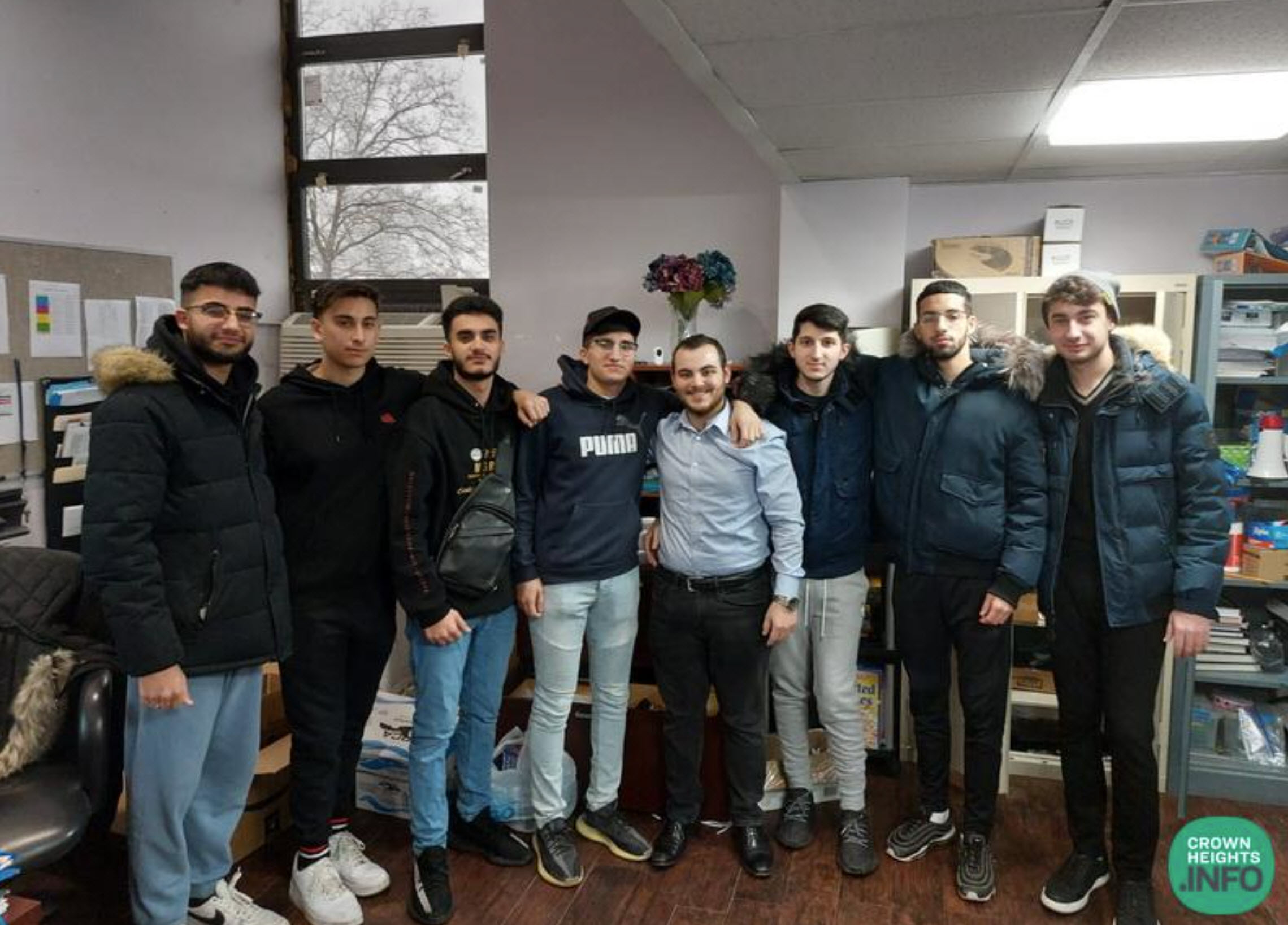 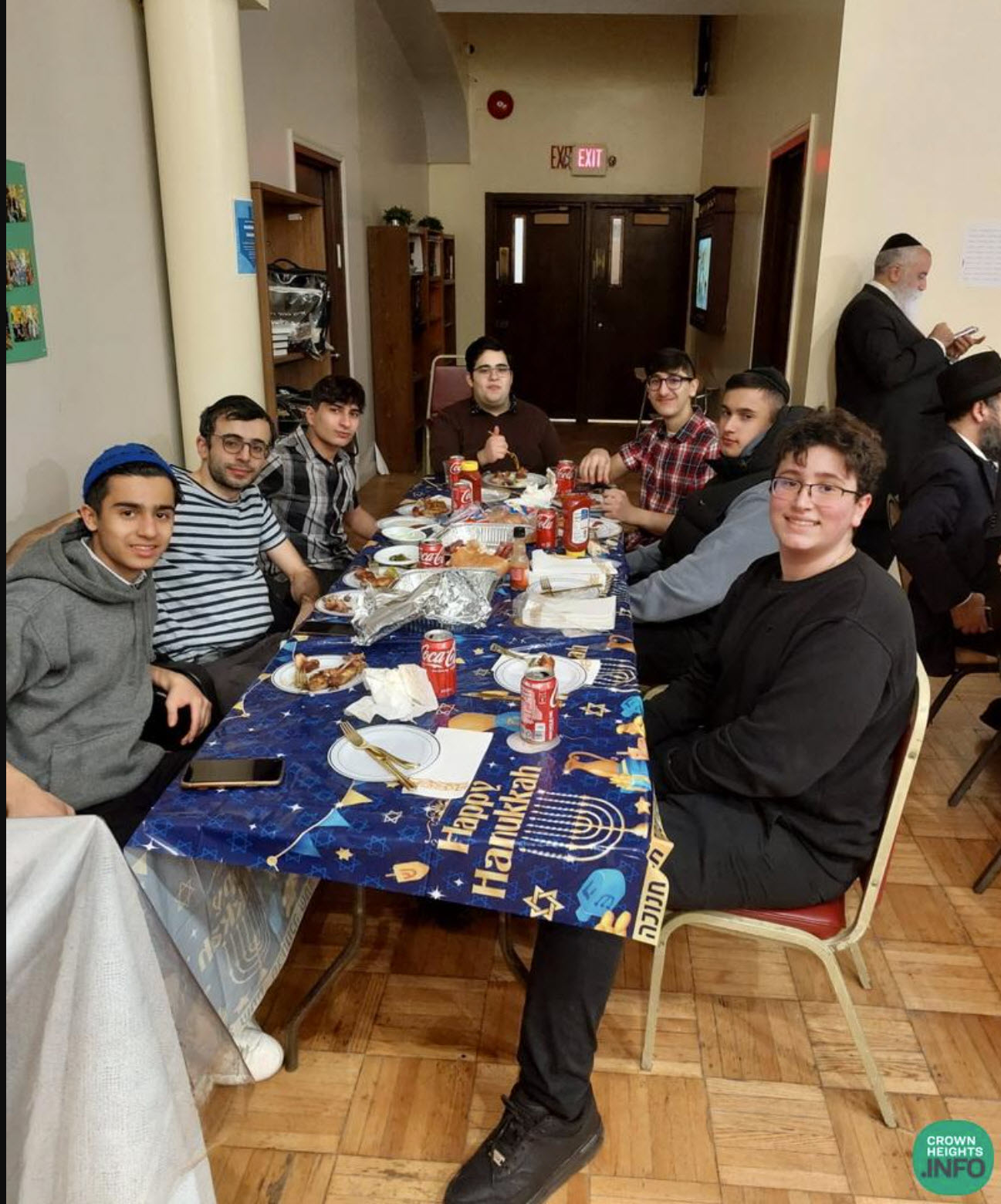 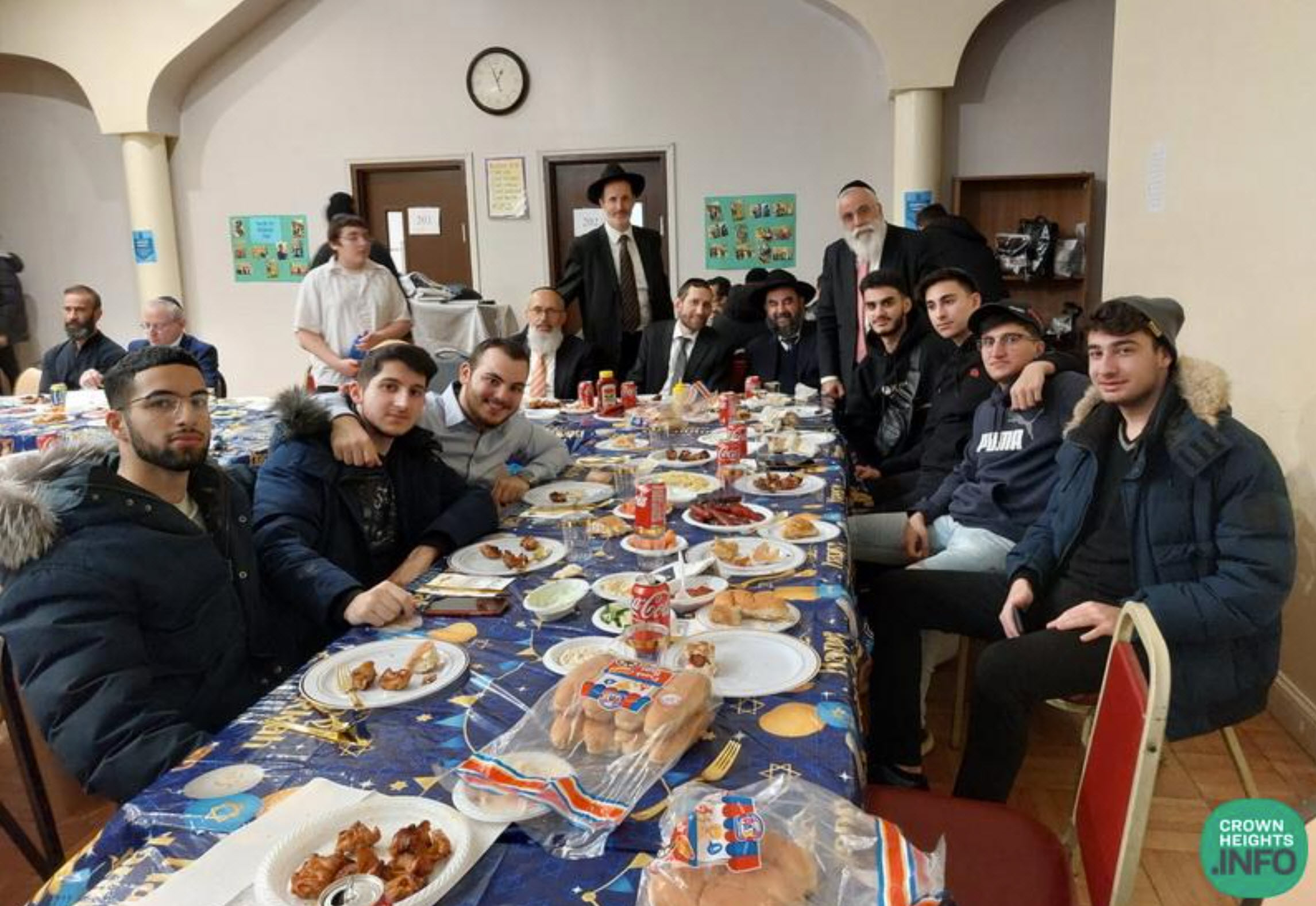 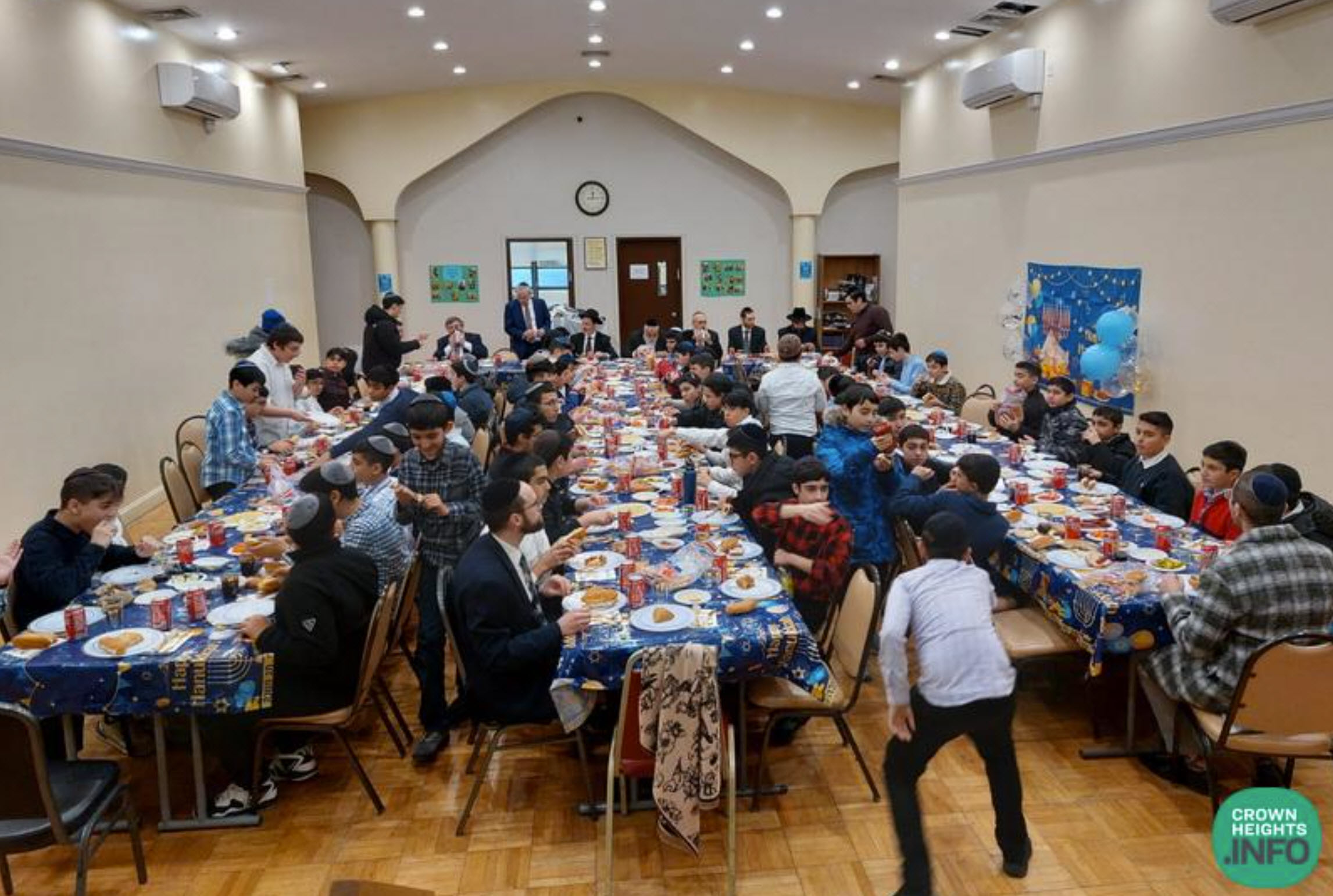 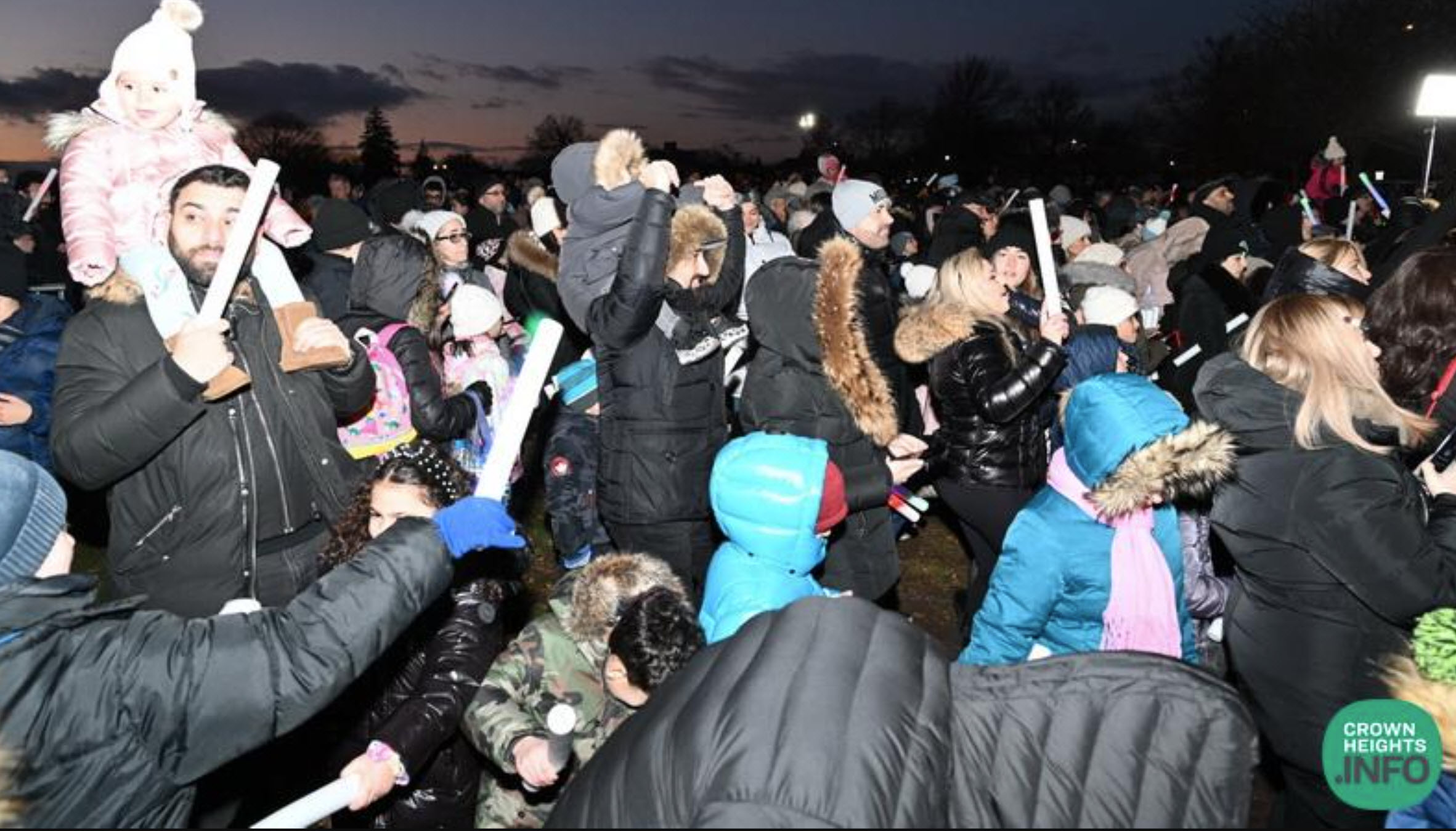 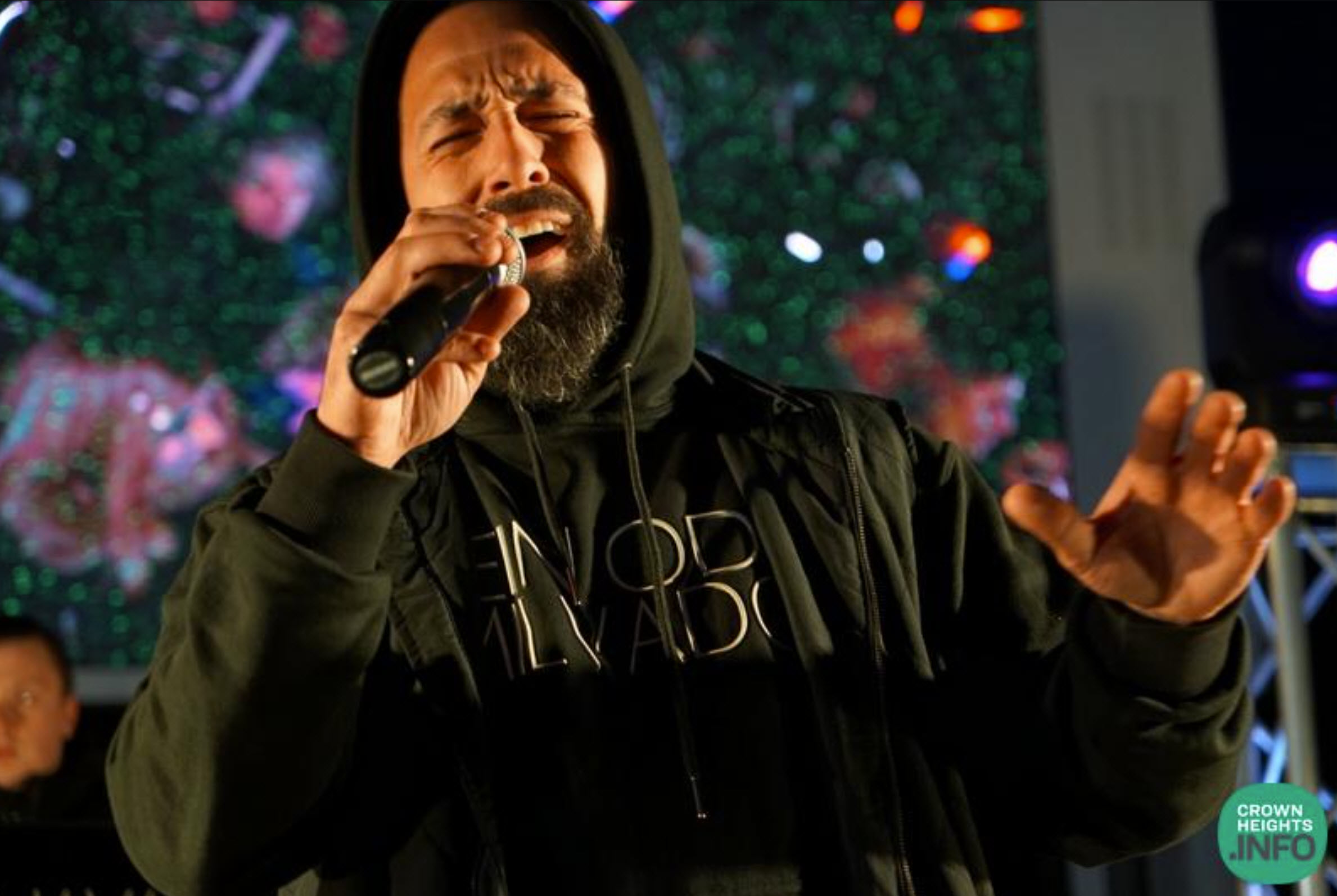 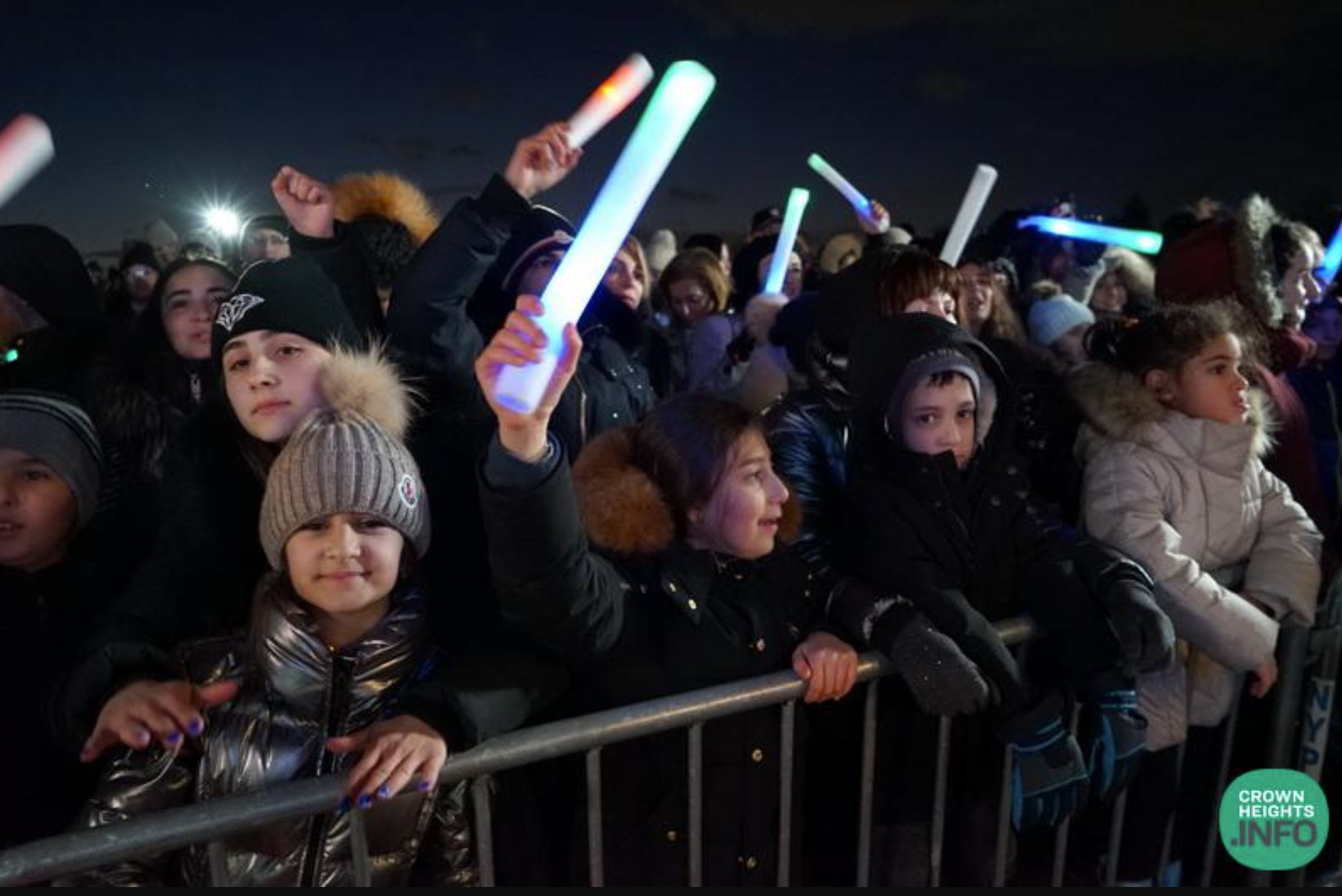 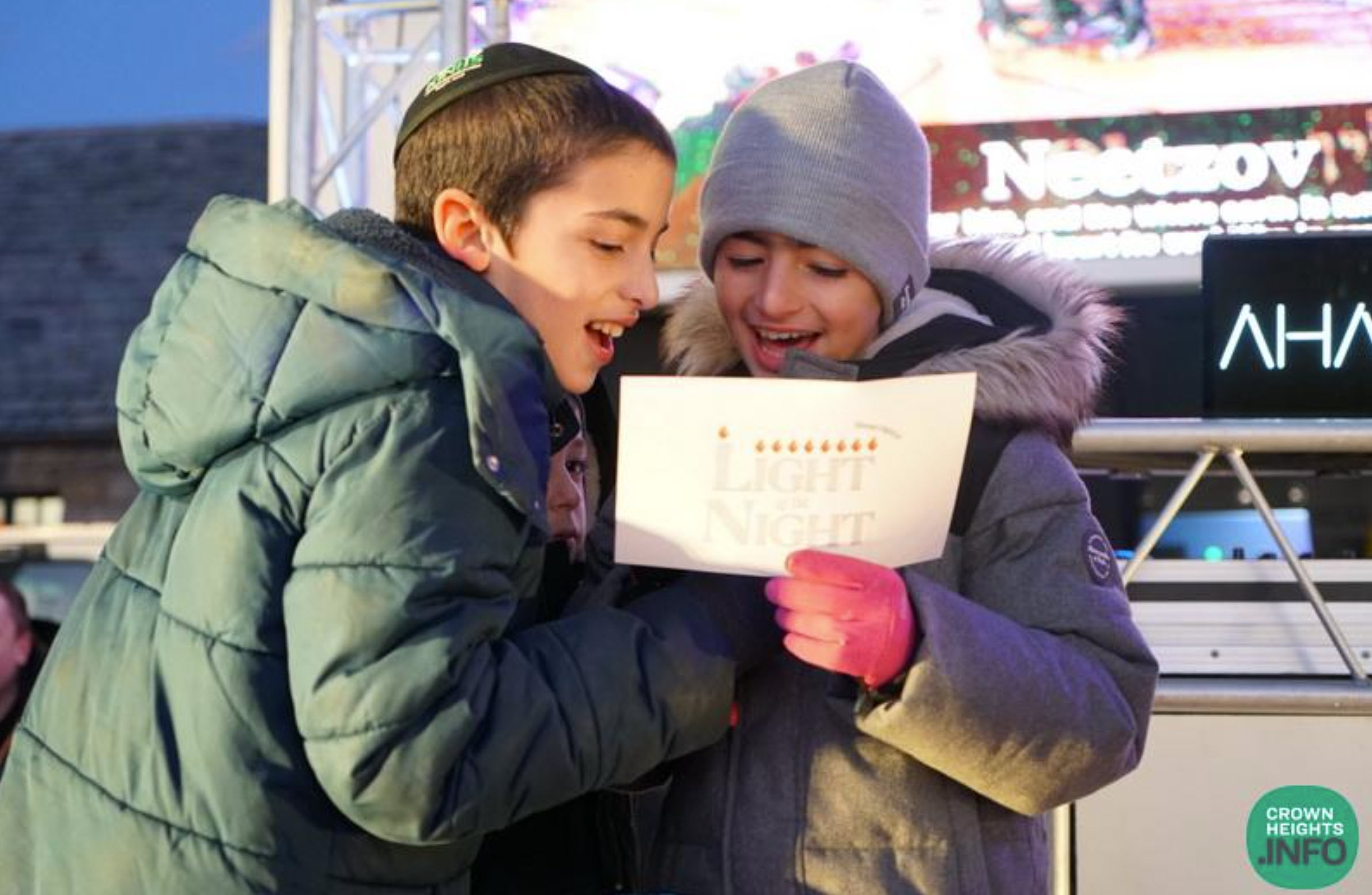 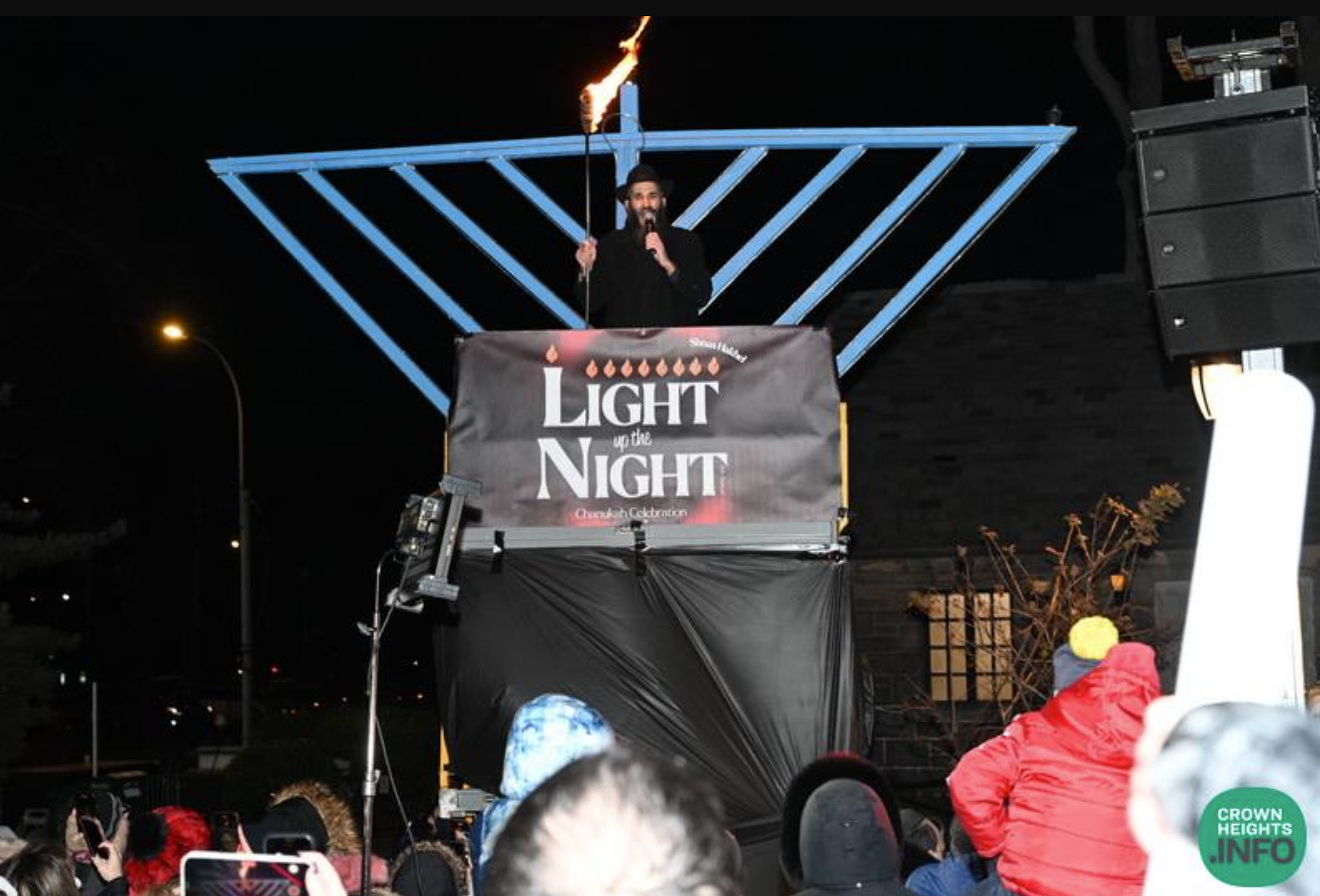 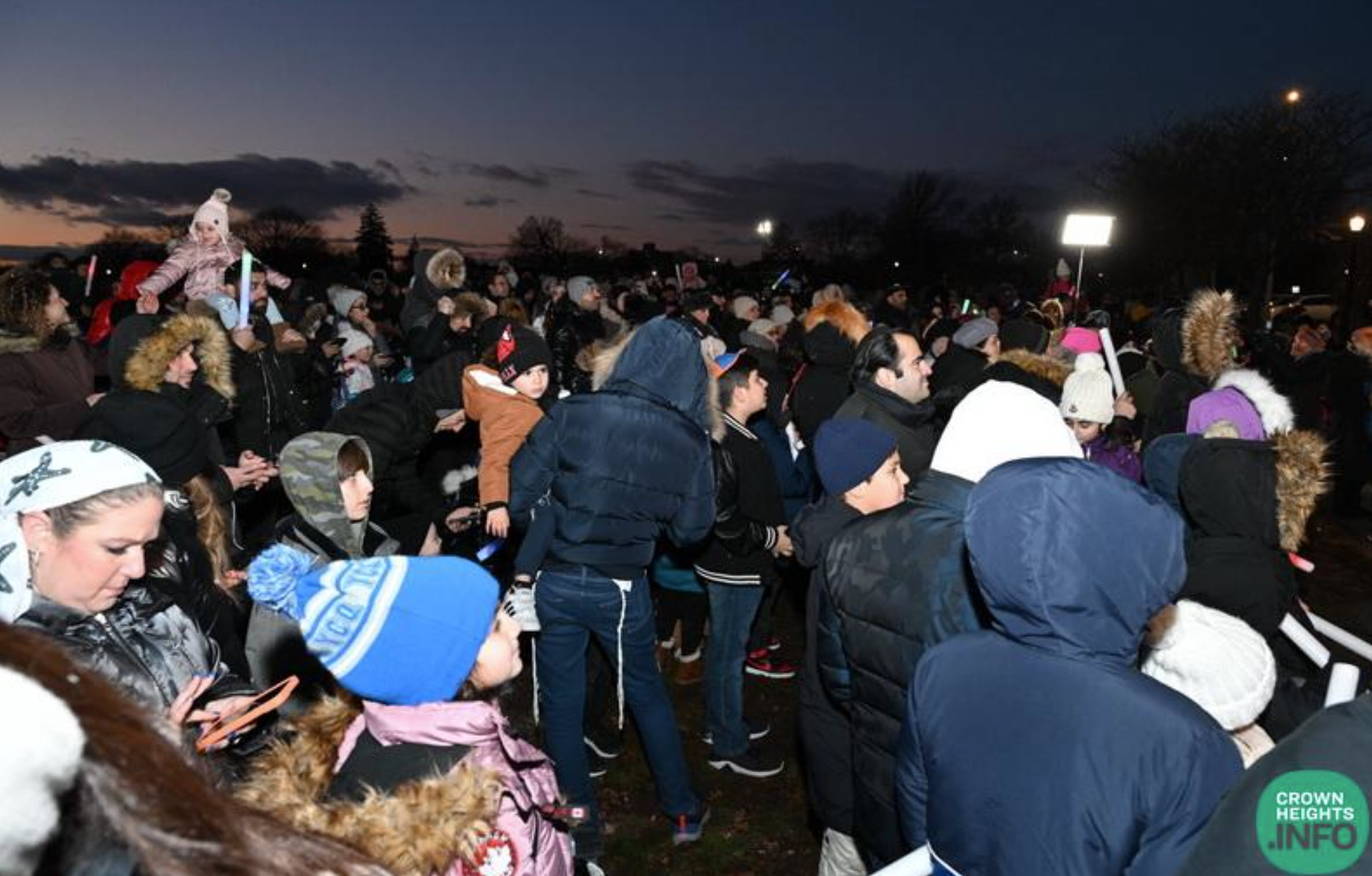 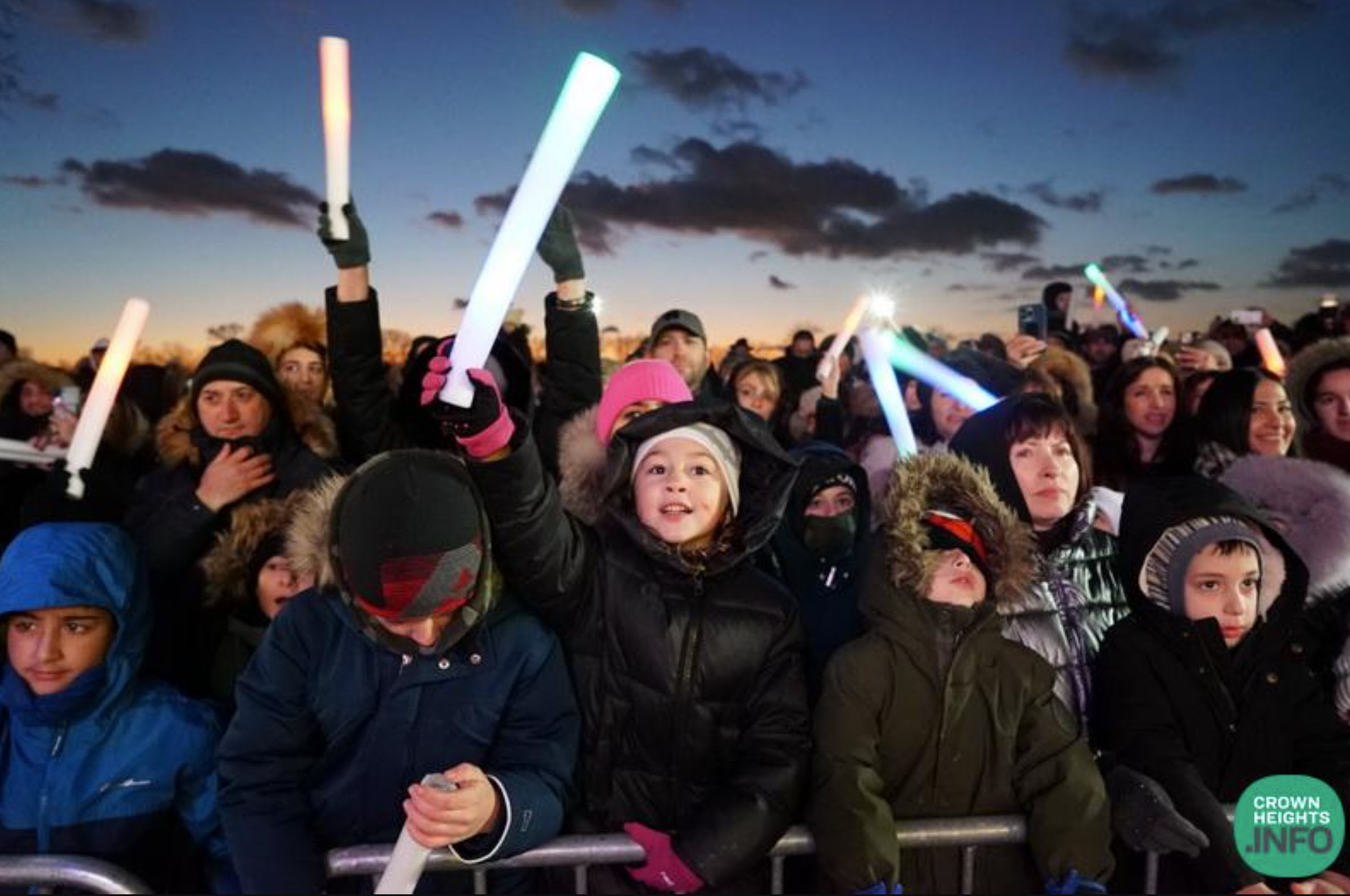