CB has teamed up with the creators of “Native Dish: United Flavors of NYC,” NYC Media’s new food TV series, to offer a behind-the-scenes look at some of the New Yorkers featured in these short videos. The series, which aims to celebrate New York City immigrants from all over the world, focuses on one individual and one dish at a time as a means through which to explore the myriad cuisines represented in the city and the people who make them.

While each episode features a general overview of the participant’s life story, particularly as it relates to food, we are expanding that narrative by providing the full interview transcript, albeit condensed and lightly edited. It’s their story, in their own words. This month we are spotlighting Manashe Khaimov and his family’s recipe for bakhsh, or green rice.

My name is Manashe Khaimov. I’m originally from Uzbekistan, from a city called Samarkand. I came to America at the age of 14 with my family, and started my life here. I grew up in Queens, New York, and belong to the Bukharian Jewish community here.

It wasn’t really my choice to come to America – I was only 14 years old. My parents decided to come here because they felt it would offer a better future for us. Back in Uzbekistan, if I were to finish high school or college, there’s not much I could do after that. So they wanted to come for religious freedom and prosperity, and they felt the United States of America could be a place for that.

Uzbekistan has been through a number of changes over the years. The Russian Czars conquered Central Asia, and at that time the Bukharian Jewish community lived well because there were a lot of merchants, a lot of people were financially successful. Then came the Soviet Union, and at that time, a lot of schools were closed down and you were not allowed to practice your religion. Yet if you were a shoemaker, now you could become an engineer because you had an opportunity to go to college. But the Bukharian Jewish community [the name given to Jews living in Central Asia] wanted both – educational opportunities and religious freedom. When the Soviet Union collapsed in 1991, a lot of Bukharian Jews left. 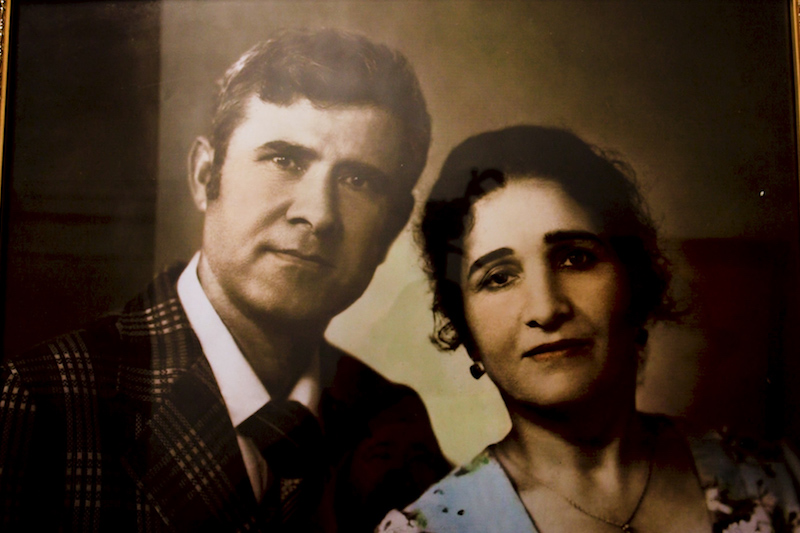 Connecting with people, helping out, all of those things were very dear to people and dear to me, and I think that’s what a lot of Bukharian Jews did bring here: a sense of a community, a belonging to each other. Even here in Queens, if I say, “My name is Manashe Khaimov, I’m from Samarkand,” somebody always asks, “Who is your bachiki-nishi?” Which means, “Who are your parents, who are your ancestors?” They’re not really asking for your immediate parents, more of your grandparents or great-grandparents – your lineage. Sometimes they even ask for your evlot, which is like “I belong to shalom high eleg boshi.” The eleg boshi term means a leader of fifty Jewish families, and that’s why I refer to myself as a fourth-generation community organizer, because my grandfather was like an eleg boshi.

I teach at Queens College in the Jewish Studies History Department, Department of Bukharian history and culture, where Bukharian and non-Bukharian students are interested in learning about the roots of Bukharian Jews. I would say that I am also a bridge between the larger Jewish community and the Bukharian community.

Some people call me a community leader but I would refer to myself as a community organizer – I try to help the community to thrive. I just recently started the “Jewish Silk Road” tours, which is introducing the larger community to the Bukharian community, and the idea for that tour is to finance, or help to finance, the different places that I take them to. For example, I bring them to the synagogue. The money that I collect from [the tour] partially goes to the synagogue. I bring them to the Bukharian Jewish Museum, the restaurants and more. 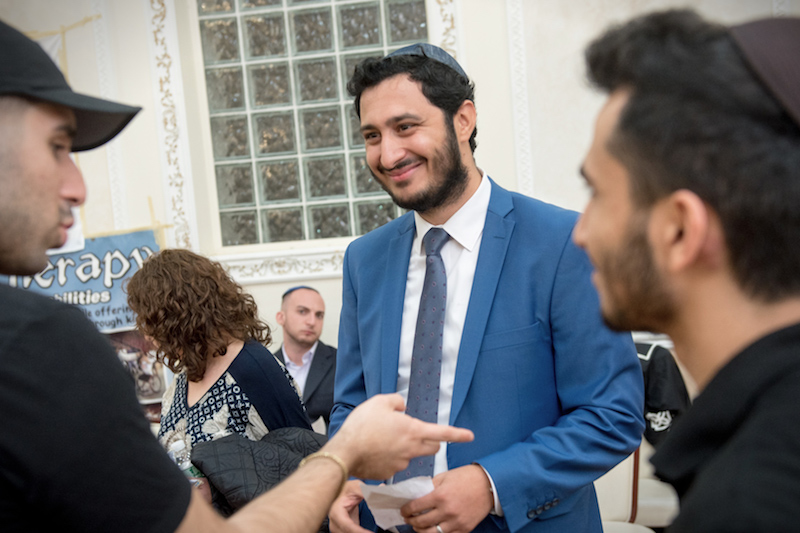 So in order to revive this whole thing, every parent should give the history behind why we eat certain foods. This leads to other questions. What’s your family history? Why do you cook this food? How is this food relevant to your grandparents? And I think those types of stories are really going to make people confident in who they are, and then proud of who they are, and that’s going to get them interested in wanting to preserve this [culture]. I know that that’s what made me interested.

The way Bhukarian food tastes – it’s a lot of oil, and there are a lot of combinations of carbs with carbs. It is not really spicy yet has a lot of flavor. There’s always a beautiful aroma that comes out of it. There are a lot of greens, vegetables, cilantro, parsley and things like that in the food.

Bakhsh has many historical pieces to it, and the story varies from community to community.

We have a lot of rice dishes. So if you come for dinner on Friday night, there will be a rice dish, there will be a meat and rice dish, and there will be another rice dish. “Bakhsh” is one rice dish that most Bukharians have on their tables. It came from Persia, and the Persians eat a version of this dish. I always call it green rice – it’s really easy to make and also kind of a poor man’s food because it was traditionally made from the internal organs of a chicken. But you can also make it with chicken or beef meat. Nowadays it’s mostly made with meat, cilantro, scallions, rice, pepper, salt, olive oil, a bit of green tea and water.

Bakhsh has many historical pieces to it, and the story varies from community to community. One is that bakhsh is something that you give at the end of a meal, as a way to finish your Seder or meal. Another story is that it was a food for hunters or merchants – it’s made in a sack, which they could easily carry with them. To cook it, all they would need to do was put it in a bowl of boiling water for a few hours. Another story is that bakhsh could literally translate into bakht, which means “to combine.” So when somebody gets married, both families sit together and eat bakhsh to kind of seal the marriage, as a kind of blessing. 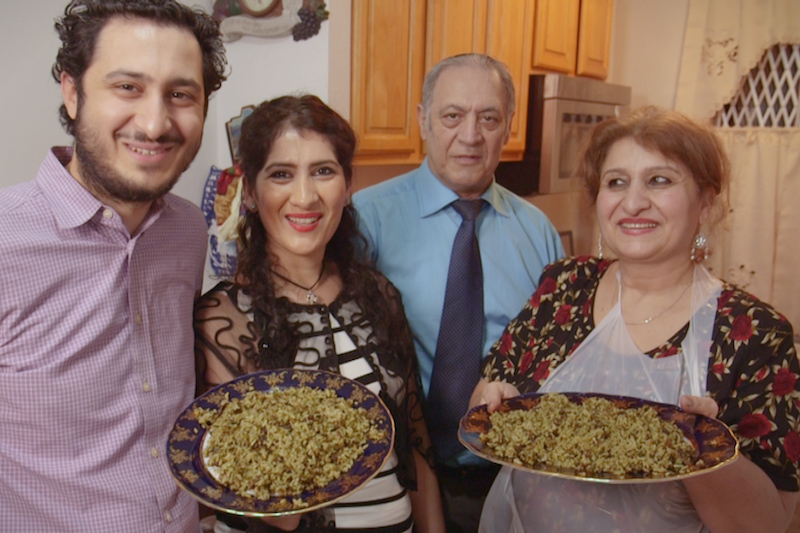 Many people still make bakhsh in a sack. It’s a regular cotton sack and can usually be found at local stores here in Queens. The flavor is richer with the cotton sack because nothing really evaporates. But you can also do it in a pot or in other ways – I think my sister makes it in the oven. Or like my wife, she makes it in the Instant Pot. So you can modify it any way you want, but traditionally a sack would be used.

For ours, I would say cilantro plays a really big role. Cilantro really makes the color, which is green, and also makes the flavor, depending on how much you put in.

The rice also plays a big role. For my family, it was very hard to figure out which rice to use, because every rice is different, every type of rice takes a different amount of water. My mom was using Chinese rice, although I’m not sure what she’s using now. But you always have to adapt to what’s going on here, whereas in Uzbekistan you would go to the bazaar, and the vendors would say, “What are you trying to make?” And you would say, “Well I’m trying to make bakhsh.” And they would point you to the right rice. Whereas here, you take whatever’s in the package and then you have to figure out a way to make it work. 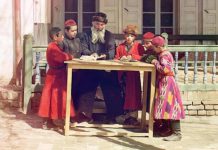 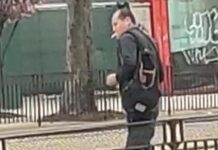 An ‘Ashky’ Goes To Bat For Young Bukharians