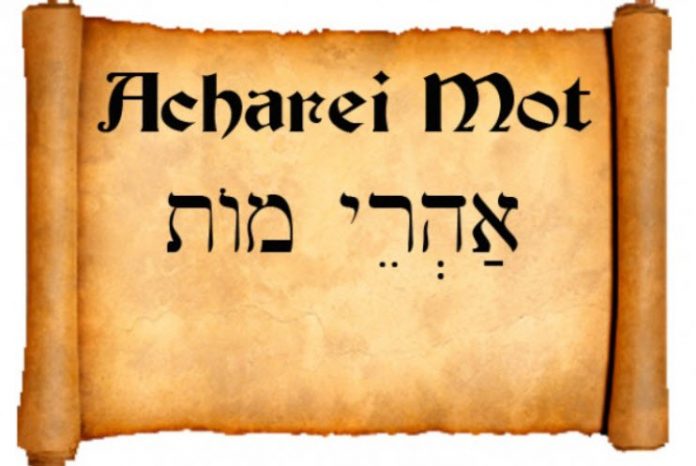 High holiness on Yom Kippur and in personal relations

It was the confrontation of the millennia! A duel between one prophet of God and 400 priests of the idol Baal. Elijah challenged the Jews who were aligned with the wicked King Ahab: Either choose the God of Israel, or choose the idol Baal. But you can no longer sit on the fence (i.e. pray with Tallit and Tefillin and then worship the idols of wealth and power!)

The challenge featured one young bull for God and one for Baal. The side that would bring down a heavenly fire to consume his offering wins. The loser forfeits everything!

As the bulls were chosen, the one designated for Baal refused to move. All 400 priests of Baal could not budge it one inch. When Elijah interfered, the bull opened its mouth and complained: “My brother and I are twins from the same heifer. We grew up together and are identical. Why does he deserve to sanctify God’s name, while I must be offered to a fantasy idol? It’s not fair!”

Yet in spite of Elijah’s efforts, the bull refused to move – and Elijah had to personally carry him to the priests of Baal.

he 400 priests cried and wailed all morning, trying to get a heavenly fire to descend. (The commentaries say they dug a secret tunnel under their altar, and one of the priests was going to light the fire from below. But he was bitten by a snake!) They cut themselves with knives and really carried on. But all to no avail.

At noon, Elijah poked fun at them, “Why don’t you scream louder? Maybe your god is asleep? It looks like he took a vacation and isn’t available at the moment!”

Before sunset, Elijah slaughtered his bull, placed it on the altar and then thoroughly drenched the wood and altar with water, three times. Elijah proclaimed “God! Answer me!” Immediately a fire came down and consumed the sacrifice, evaporating all of the water. The people fell on their faces and proclaimed “God is the Lord! God is the Lord!” (Kings I 18, based on the Midrash)

Parshat Acharei Mot deals with the details of the Yom Kippur service in the Holy Temple, and the “scapegoat” that was chosen by lot (similar to the bulls of Elijah). The lesson for us: We all have free will to go in either direction. The main thing is that our goal be to sanctify the name of God!

AFTER THE DEATH OF AARON’S SONS

The Parsha begins with the death of Aaron’s sons (see Parshat Shmini) as a warning to the Kohanim of what can happen if they disobey the Temple laws. There is a big difference if the doctor just says, “Don’t eat this food”, or when he adds, “So you shouldn’t die like Jack did!” The Holy of Holies is off limits to everyone except the High Priest once a year on Yom Kippur. (From here we deduce that one of the sins of Aaron’s sons was improperly entering the Holy of Holies.)

The greatest manifestation of holiness (closeness to God) is in the institution of Yom Kippur. Although other religions have many holy days, nothing can compare to Yom Kippur in which the day itself is so special that with a little remorse it can erase the past and start a new account with God. We don’t really “fast” on Yom Kippur, rather we get so immersed in God that who can think of eating!

If Shabbat is called a “Taste of Heaven,” then Yom Kippur is heaven itself! (Rav Shlomo Wolbe) On this one day, we connect to the Almighty like angels without the physical. On this day the High Priest, as a representative of the Jewish people, is raised to such a high level that he may enter the Holy of Holies to stand before the Almighty.

PROCEDURE OF THE HIGH PRIEST ON YOM KIPPUR

A red kerchief (“tongue of crimson”) was tied to the horns of the scapegoat and also on the roof of the Temple. At the moment the goat was thrown, both kerchiefs turned white, a sign from heaven that our prayers were answered.

The symbolism of the scapegoat, explains Rabbi Hirsch, is the concept of absolute free will. Both goats were equal in size, value, and they looked alike (similar to the 2 bulls in the story of Elijah at Mount Carmel). We can start off with the exact same givens, and yet we have the choice to either draw close to the Almighty, or the opposite choice, which ends in a wasted life. On Yom Kippur, the people had to contemplate the awesome life choices that affect each of us.

(B) Entering the Holy of Holies: After sacrificing the sin offering on the altar, the High Priest would change from his regular uniform of 8 garments (see Parshat Tetzaveh) into 4 white linen garments in order to enter the Holy of Holies. Being so close to God, wearing garments containing gold would be too much of a reminder of the Golden Calf. He would then take his handfuls of incense, along with a fire pan full of coals from the outer altar, and once inside the Holy of Holies place the incense on the coals.

The resulting cloud of incense would fill the entire room with smoke. He would then go out to process the remaining offerings (which on Yom Kippur were performed only by the High Priest), later returning to retrieve the fire pan. At every entrance and exit he would change from 8 to 4 garments and vice versa, which required immersion in a Mikveh (ritual bath) and washing of the hands and feet in the basin between each change of clothes.

The next section of the Torah warns the Jewish people not to emulate the Egyptian or Canaanite societies amongst which they live. The Egyptians were the example of a degenerate society – cruel taskmasters who enslaved others. The Canaanites, meanwhile, were morally decadent – engaging in bestiality and sacrificing their own children to the fire god of Moloch. It seems people of low character always surround the Jews in order that the high Jewish character can be tested and found real.

The Torah forbids incest, adultery and homosexuality – all part of the striving for “holiness.”

In order for man to awaken his spiritual side, he must control his strongest physical drives. If man is driven by lust, he cannot relate to God. On the other hand, Judaism doesn’t have a negative attitude toward sex as certain religions do. We don’t perceive sex as being “bad” per se, original sin, etc. Rather, sex in the proper context is a holy bond between man and woman that can bring new life into this world in partnership with God!

To misuse this power for the sole sake of personal satisfaction is considered “sacrilege.” Taking something holy and special, reserved for the proper place and time, and just “throwing it out into the street” is considered a disgrace. It’s like using the “Mona Lisa” as a doormat! When sex is utilized properly in the context of marriage, it glues the relationship, and can be the ultimate harmony between the physical, emotional, and spiritual aspects of our lives.

The Torah idea of a married woman going to the Mikveh is highly misunderstood. The fact that observant Jews have one of the smallest divorce rates in the world (below 10%, as opposed to over 50% in the general population) is not a coincidence. We have a Divine-ordained, built-in “marriage preservative.” The marriage laws – which call for complete physical separation during and immediately after the wife’s menstrual cycle – contribute greatly to marital harmony. The fact that approximately 2 weeks a month their relationship cannot be physical, forces the couple to communicate in non-physical ways.

The advantages of this are: