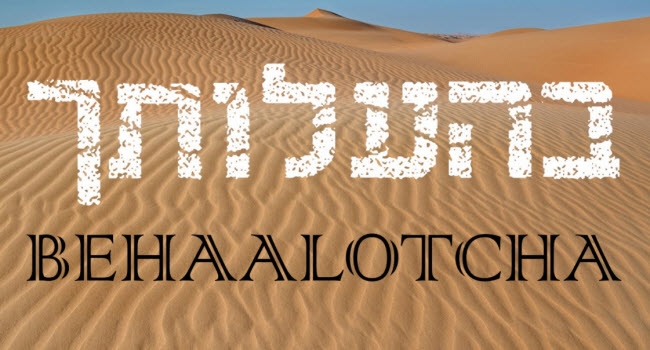 Beha’alotcha means to elevate. This terminology was used instead of beh-hadlikatcha – to light. G-d elevated Aharon, the high priest, by appointing him to prepare and light the Menorah. In the last Parsha, the nesi’im (leaders) of the twelve tribes inaugurated the Mishkan’s alter (Temple) with their sacrifices. It seemed the Levy tribe was left out. Apparently, G-d has saved the best for last. This honor, lighting the Menorah, will be passed down through generations of Kohanim, most notable, the Maccabees. The Maccabees were victorious over the Greeks who wanted to destroy the Jews spiritually. G-d is hinting, by the kohanim gaining elevation through doing this particular commandment, that the Jews through the generations will always get spiritually elevated.

For the most part, in all the trials and tribulations of the Jewish people, the tribe of Levy always remained loyal and never doubted G-d. This is true whether it be in Egypt or the incident of the golden calf or many other occasions. As a reward, they were chosen to be G-d’s messengers, or a more appropriate term, liaison, between G-d and the Jews. The job was taken away from the first born who failed to prevent the golden calf disaster to occur and given to them.

Moshe’s status was one similar to a king. Therefore, G-d instructed that trumpets be made on His behalf. Two trumpets were made, both out of silver, and they were exactly identical. The trumpets were blown by each departure in the wilderness, as well as assembly callings. Later, they were blown when the Israelites were going into battle against their enemies. Music, or more accurately in this case, instrumental sounds, were made to arouse the people and to get them in the proper frame of mind. These trumpets were hidden before Moshe’s death and never found.

Yitro informs Moshe, his son-in-law, of his plans to return to Midyan. Although he converted to Judaism and was extremely sincere in belief in G-d, Yitro had an un-orthodox way of strengthening his belief in Judaism. He put himself in challenging situations, daring, and testing himself constantly. While many of us, and evidently so, try to protect ourselves by living in a Jewish neighborhood and sending our children to Yeshivot, Yitro put himself in un-spiritual dangerous situations and conquered his evil side, escaping unscathed. He was one of the extreme minority to be successful in this philosophy; a unique person with tremendous gifts. This explains how he was able to persuade Moshe to permit his son to travel with his grandfather. He expected his grandson to be strong like himself. Although Yitro was able to overcome, his grandson was not as fortunate. 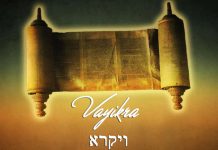 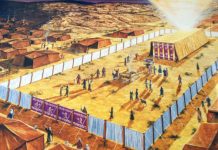 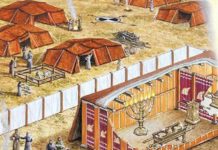