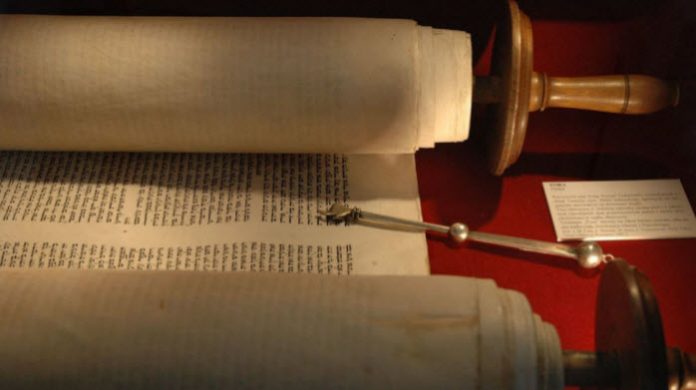 All about human honor, and the holidays.

Scene: The “International Committee of Bible Writers.”
Authors X, Y, and Z are debating suggested additions to the Bible.

“What a ridiculous suggestion!” proclaims Author X, “To forbid an entire country to have any agricultural activity for an entire year? In America, there would be riots; in India, people would starve to death! Why don’t you just suggest crop rotation?”

Author Y also expresses his objections, “What will we tell the people when they ask us what should they eat in the 7th and 8th years?

Author Z has the solution. “Let’s tell them to store up food all 6 years to eat in the 7th. Isn’t that what Joseph did in Egypt during the 7 years of plenty? (I wrote the plot for that story myself!)”

Suddenly, Author X has a brainstorm. “All we have to do is guarantee a bumper crop every 6th year which will provide food for the 6th, 7th and 8th year (and in the Jubilee year, also the 9th) so they don’t even have to bother storing every year!”

The obvious problem with Author X’s “brainstorm” is that no human author could or would promise something he obviously cannot guarantee. If there won’t be a bumper crop every 6 years, the people will starve. Not to mention the fact that the 6th year is when the earth is the most depleted from 6 full years of producing!

Unbelievably, this is exactly what the Torah says (Leviticus 25:20):

“If you will ask what shall we eat in the 7th year since we haven’t planted or harvested? I will command My blessing on the 6th year and it will provide for 3 years.”

This is one of the strongest bits of evidence of the Divinity of the Torah. Only God could have authored this “book”!

The Parsha begins with the one Mitzvah that every college professor keeps: “The Sabbatical”! Every 7th year there is to be no agricultural activity in the entire Land of Israel. The introduction to this Mitzvah is “God spoke to Moses on Mount Sinai” – and the rabbis ask: What is the connection between the Sabbatical year and Mount Sinai? (Similar to the proverbial “price of tea in China?”)

The answer is, just as we find all the details of the Sabbatical year mentioned here, so too God taught Moses all the details of all the Mitzvot on Mount Sinai. Judaism believes in the reliable transmission of the Oral Law by the sages of every generation, as opposed to the common misconception of “an evolutionary process” in which the oral law went through a series of modifications until it “evolved” to its present form.

The existence of an oral transmission is obvious from the text of the written Torah. We are commanded to don the Tefillin and Tzitzit – without the text describing precisely what they are! We are forbidden to work on the Shabbat – without the text defining “work”! And we are told to “pain” ourselves on Yom Kippur – without the text informing us that it means to “fast” (rather than sticking needles in our bodies)!

All this points definitively to an oral tradition handed down directly from Moses which filled in all the details of Tzitzit and Tefillin, of Shabbat and Yom Kippur, etc. This Oral Law was faithfully transmitted from generation to generation.

When archeologists discovered a Mikveh on Masada, the mountain fortress from Roman times, an expert on the laws of Mikveh went to examine it. After taking precise measurements, he concluded with a big smile that this Mikveh – lost in the desert for 2,000 years – was exactly Kosher! (“Masada” by Yigal Yadin)

Just as Shabbat proclaims the world belongs to the Almighty and we must utilize it to perform His Will, so too the Sabbatical year declares that the Land of Israel specifically belongs to God and it is only with His permission that we live on it. We must beware of the “pride of possession” on this “real estate” that was given to us for the purpose of fulfilling His commandments alone. When we don’t fulfill His will, the land expels its inhabitants.

How is Shmita observed in practice today? We may eat fruits that grow in the 7th year, as long as we don’t show “ownership” by harvesting and marketing like all other years. The farmers’ gates must remain open for all to partake of the produce, including wild beasts.

The owner may take home whatever he needs for his family, as long as there is still enough produce in the field for others. When the produce on the field ends, he must take out whatever is in his house and renounce ownership of it. At this point anyone can take it (including the former owner!).

In order to facilitate matters, the courts may appoint workers (usually the owners of the field) to harvest the field and distribute the produce at cost price (meaning you pay for the labor and not for the produce itself).

Produce of the 7th year from a Jewish field in Israel has holiness to it, and it must be consumed in its normal manner and not wasted in any way. According to most authorities, these laws apply today, (when we don’t have a Temple and do not live in our ancestral inheritance) only rabbinically.

The Jubilee year only applied in Temple times. Every 50 years, we “proclaim liberty throughout the land to all the inhabitants thereof” (Leviticus 25:10). If this verse sounds familiar, it’s probably because you’ve seen it on the Liberty Bell!

This verse refers to the Hebrew servant (see Parshat Mishpatim). Even one who refused to leave his master after 6 years of service, must go free when Jubilee arrives!

When the Israelites entered the Land of Israel, it was divided among all the tribes (except the tribe of Levi). Every family received a field which was then inherited by the sons when the father died. These fields were not supposed to be sold unless the owner was desperate for cash, in which case the fields remain in the buyer’s possession for at least 2 years, after which the seller may redeem it at cost price (minus the years of use). When the Jubilee arrives, all fields resort to their original owners.

Since fields return to their owners during Jubilee, every sale of these fields is considered as “rented” for the years remaining until Jubilee, and after 2 years the seller can buy it back at the original cost (minus the amount of years used). This system prevents rich landowners from exploiting the poor serf by buying his last remaining fields for a pittance. In order to make it more difficult for the seller to buy the field back, the buyer will not negotiate for the lowest price. At the end, he ceases to be the big landowner because all of the fields return to their original owners.

Rabbi Hirsch explains that the Jubilee is a civil rebirth of the nation every 50 years. It is a social and political rebirth designed to cure the wrongs of social inequality, of different classes of opulence and wretchedness, independence and dependence that unequal distribution of wealth has brought to the social life of the nation, in order to reach a pure social condition.

The shofar is sounded on the Yom Kippur of the Jubilee year to proclaim in the name of God (not a human political measure) that all people have a fundamental right of possession. Since this is in the name of God, an additional Sabbatical year is required to bring home the fact that it is His land. (Leviticus 25:11)

In the case where someone forgets how many years it is until Jubilee (to the detriment of the buyer or seller), the Torah forbids misleading this fact.

This Torah prohibition includes any form of cheating, but it also includes “cheating with words” which means hurting someone’s feelings by insults or references to mistakes of his past.

“Cheating with words” also includes falsely raising someone’s hopes – e.g. asking a merchant the price, when you have no intention to buy.

The Torah also serves as an ideal city planner. To avoid the congestion and lack of serenity of big cities – and conversely the loneliness and lack of culture in small towns – the Torah suggests forming middle-size cities. These cities contain a border around them that serves as a park, which could not be planted or contain homes. This limits the size of the city.

According to this plan, the fields were outside the border. The residents would work in the fields by day and return to the culture of the city at dark. Thus we have an agricultural economy with an urban population. If the population got too large, they would have to build a new city.

The exception to this was walled cities that remained from the Canaanite occupants. These cities served as fortresses during wars. Since the inhabitants of these cities were aware of the military secrets involved (such as secret passages, etc.), the Torah discourages mass turnovers of population. If one sold his home in a walled city, he had one year to redeem it – and from there onward it remained in the hands of the buyer permanently.

One Jew may not lend money to another Jew for interest. However it is permitted to lend with interest to a non-Jew. Why? Because there is nothing wrong “per se'” with interest. I can rent you my house or car, so why shouldn’t I be able to rent you my money? I could have invested it and made profit, you will invest it and make profit. Shouldn’t I get a percentage as well?

The Torah tells us that when your “brother” needs a loan, it’s different. Although it is true that all mankind are the children of Adam and Noah, we must first develop a special relationship to our own family. Then we expand that to fellow Jews. Only then is it possible to view all of mankind as our “brothers.” (heard from Rabbi Noah Weinberg)

When your brother needs a loan, you don’t think “what will I gain from this?” Jewish communities always had “free-loan societies.” If one cannot obtain a free loan, there is a document called “permission to do business” issued by the Jewish courts (used by all Israeli banks) that states that this transaction should not be considered a loan, but rather a joint business venture in which we share the profits and losses (quite accurate in the case of a bank).

We learned in Parshat Mishpatim that a Jew who steals and cannot repay is sold by the courts as an indentured servant for 6 years. This also applies to a poor person who cannot support his family, who may sell himself. Here, this is extended to selling himself to a non-Jew.

The rabbis explain the juxtaposition in our Parsha – that this is a result of not observing Shmita. First you will have to sell your field, then your home, then borrow with interest, then sell yourself, and finally to an idolater!

Although God is very displeased with this sale and commands all relatives and friends to redeem him as soon as possible (in order that he shouldn’t learn from his master’s idolatrous practices), the “ends” do not justify the “means.” You may not cheat anyone and must reimburse him in full.

If the relatives are not able to redeem him, then he must remain indentured until Jubilee – yet the Torah implores him “do not follow in your master’s ways!” 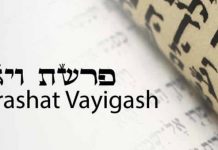 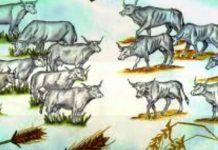 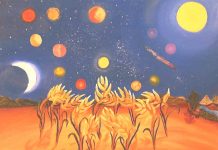