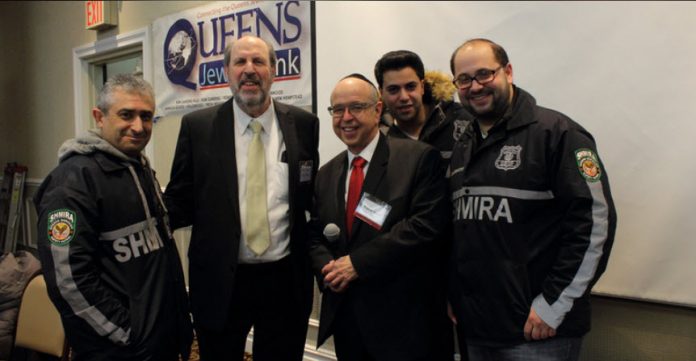 The event that unites businesses and organizations with the Queens Jewish community’s two leading newspapers will take place on Wednesday, February 7, at the Young Israel of Kew Gardens Hills. The event will introduce two new voices on the Jewish scene in Queens: first-term Assemblyman Daniel Rosenthal, who took office at the start of the year, and the Bukharian Jewish Link, the partner publication of the Queens Jewish Link that represents the borough’s Bukharian and Sephardic communities.

The Queens Jewish Link was founded in 2012 by Serle, along with Kew Gardens Hills resident Naftali Szrolovits, after they realized that their sizable and diverse community was not receiving the attention he felt it deserved in existing Jewish media. “As a lifelong Queens resident, I knew that there were many stories in Queens that were not being reported, and at the same time the sense of unity among the Jews of Queens needed a forum. This is the inspiration behind the Queens Jewish Link.”

The premier public event of the Queens Jewish Link is its networking event, an opportunity for active and potential advertisers to meet the newspaper’s editorial team and staff writers, fellow advertisers, community leaders, rabbis and readers. “The paper has grown considerably over the years; it is a resource for the community,” said Linda Spiegel, director of public affairs for Margaret Tietz Rehabilitation and Nursing Center. “My organization was the first to offer support to the Queens Jewish Link and we are very proud of this.”

Along with his leadership roles at the Chazaq outreach organization and the Queens Jewish Link, Meirov has also assisted Forest Hills resident Avraham Yakubov in last year’s founding of the Bukharian Jewish Link. An affiliate of the Queens Jewish Link, it shares many advertisers, editors and writers. “This new publication speaks to the younger generation of Bukharian Jews as a voice of Torah, small businesses and advice on legal, financial and lifestyle topics. At the same time, it also includes columns on the unique history of this community, pages in Russian for the older generation, and rabbinic voices within the community.”

For more information or to register for the networking event, please visit tinyurl.com/y9u64bp2, call 917-549-6145, or email queensjewishlink@gmail.com. See you there!