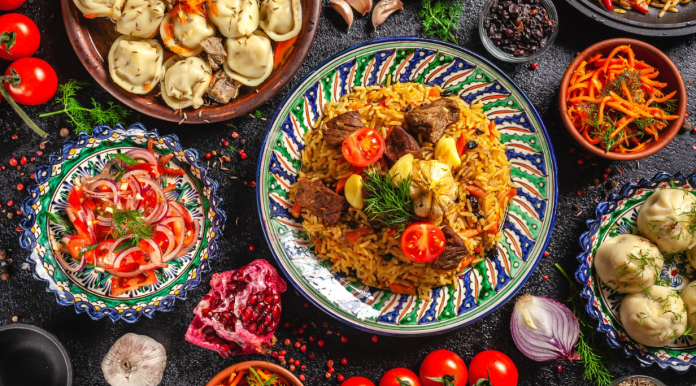 The Bukharian Jewish community, while little known by the world’s broader Jewish population, is certainly no stranger to the kitchen. With historical exposure to multifarious global influences, from Central Asia to Eastern Europe to everything picked up along the Silk Road, Bukharian cuisine reflects profound cultural fusion while maintaining its own unique flare. Here are eight essential Bukharian dishes that are worth a try: 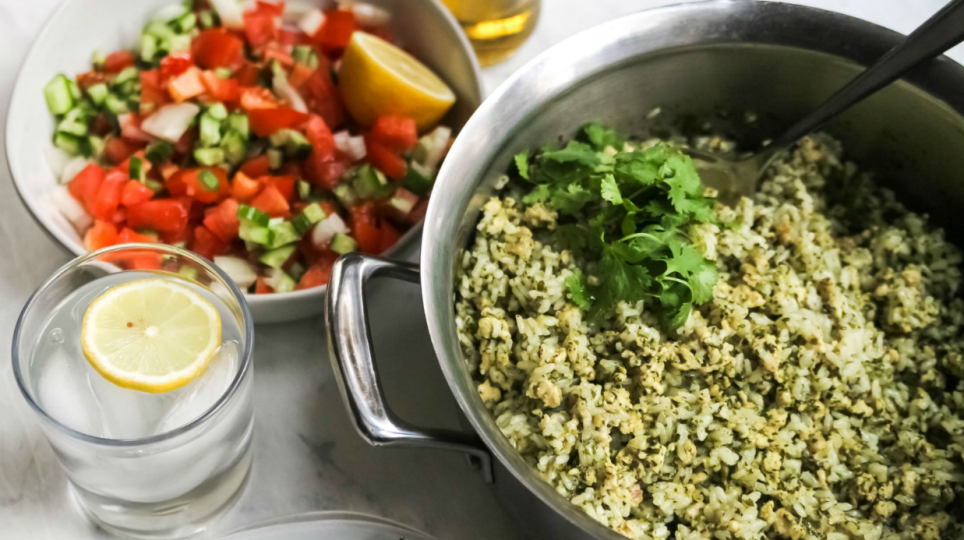 A staple in any Bukharian Jewish household, bakhsh is a rice dish easily recognizable for its distinctive green hue, which results from the addition of green herbs like cilantro and dill. Finely chopped meat or chicken, onions and other aromatics also feature prominently. Bakhsh is cooked using two primary methods — either by gradually layering the ingredients in a pot or submerging a bag with all the ingredients in boiling water. The latter preparation method, which allows the dish to be pre-cooked, was traditionally favored by Shabbat observers. 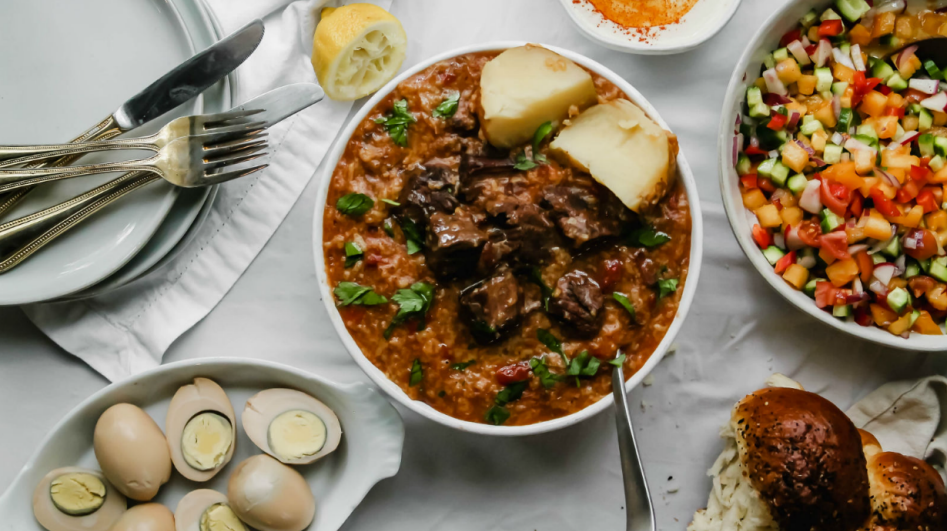 Another meal created to accommodate Shabbat, osh sovo is a slow-cooked fruity, meaty rice dish that is commonly served for Saturday lunch after being cooked overnight, beginning before the onset of Shabbat. The fruits incorporated into the rice are typically tangy and dry, often including prunes or dried apricots. Vegetables (such as tomatoes, carrots and potatoes) and spices (paprika or turmeric) are also thrown into the mix. The result is an incredibly silky, sweet-and-sour dish that’s a cross between a stew and a risotto.

This dish is simplicity at its finest — soft potato wedges are simmered with cubes of either chicken or meat in a broth to make for a heart- and soul-nourishing meal. Some soak up the remaining broth on the plate with lepyoshka, a round Uzbek bread adopted by Bukharians. 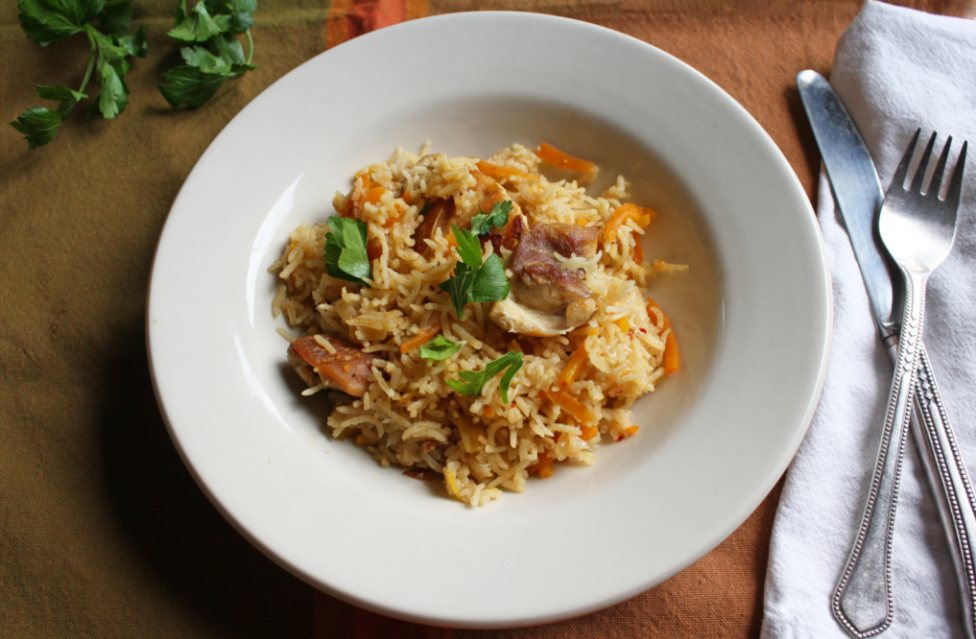 As Uzbekistan’s national dish, osh palov (also commonly called plov) has been adopted into a beloved food enjoyed at all sorts of Bukharian gatherings. To prepare it, chopped lamb is browned at the bottom of a large pot, after which thinly sliced carrots and onions are added, all topped with sticky and often oily white rice. Raisins, chickpeas and whole heads of garlic also typically adorn a large platter of plov, which often serves as the final course at large Bukharian dinners.

Adopted from Afghan culture along the Silk Road, osh piyozi consists of softened, bite-sized stuffed onions. Fillings typically consist of a mixture of ground meat and rice, and the onions are often served in a sauce featuring tomatoes, dried fruits and peas, giving tasters a melt-in-your-mouth, umami bite. 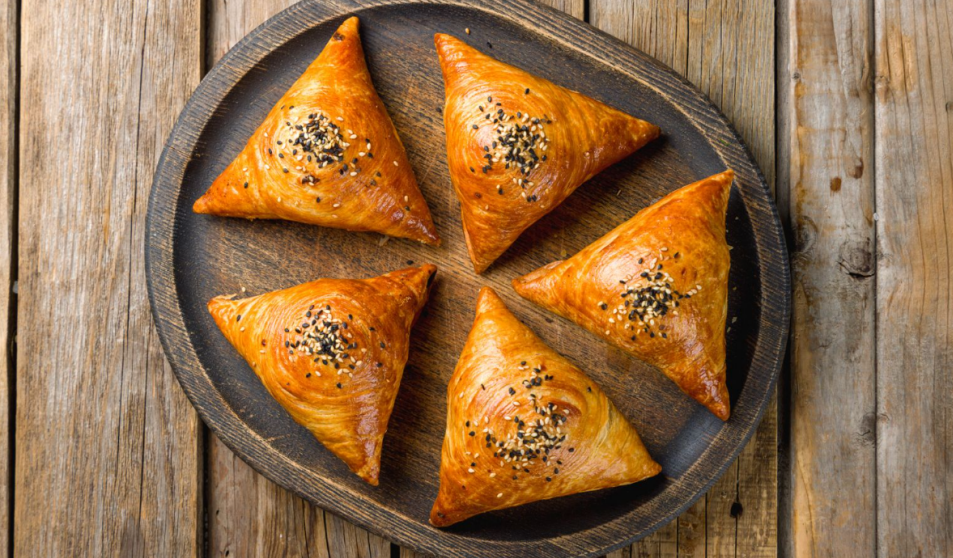 A cousin of Indian samosas, this baked savory pastry consists of triangle-shaped laminated dough filled with anything from ground meat and onions to pumpkin. While Uzbek households use butter or ghee as a laminate, Bukharians typically use non-dairy fats or opt for a non-laminated dough in order to maintain kashrut. One can often find a spicy tomato sauce beside a serving of samsa, which is meant to be drizzled into an opening in the pastry shell. 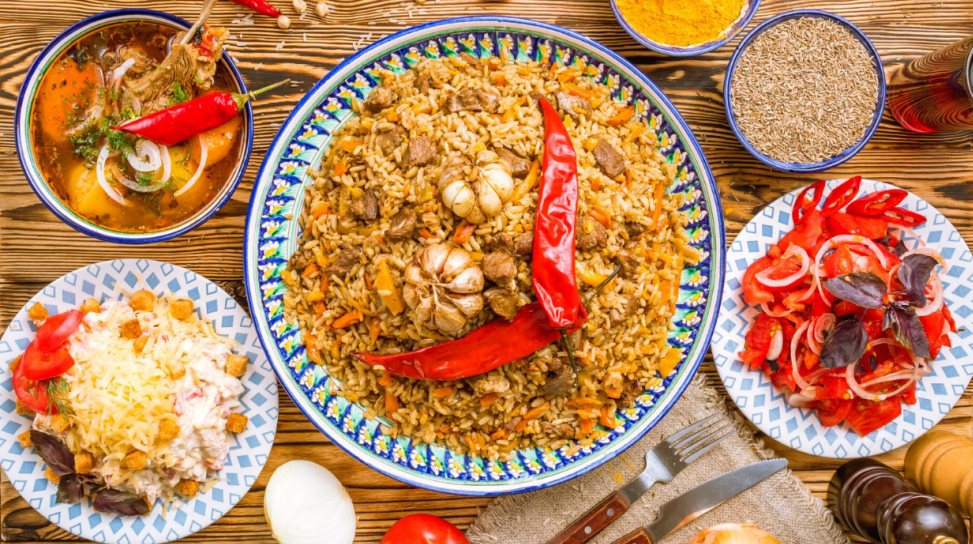 This rice dish can be perceived as a variation on osh palov, setting itself apart in two main ways: its distinct garlicky flavor and the fact that it is almost always served cold, another ancient Bukharian strategy for eating enjoyably while observing Shabbat. 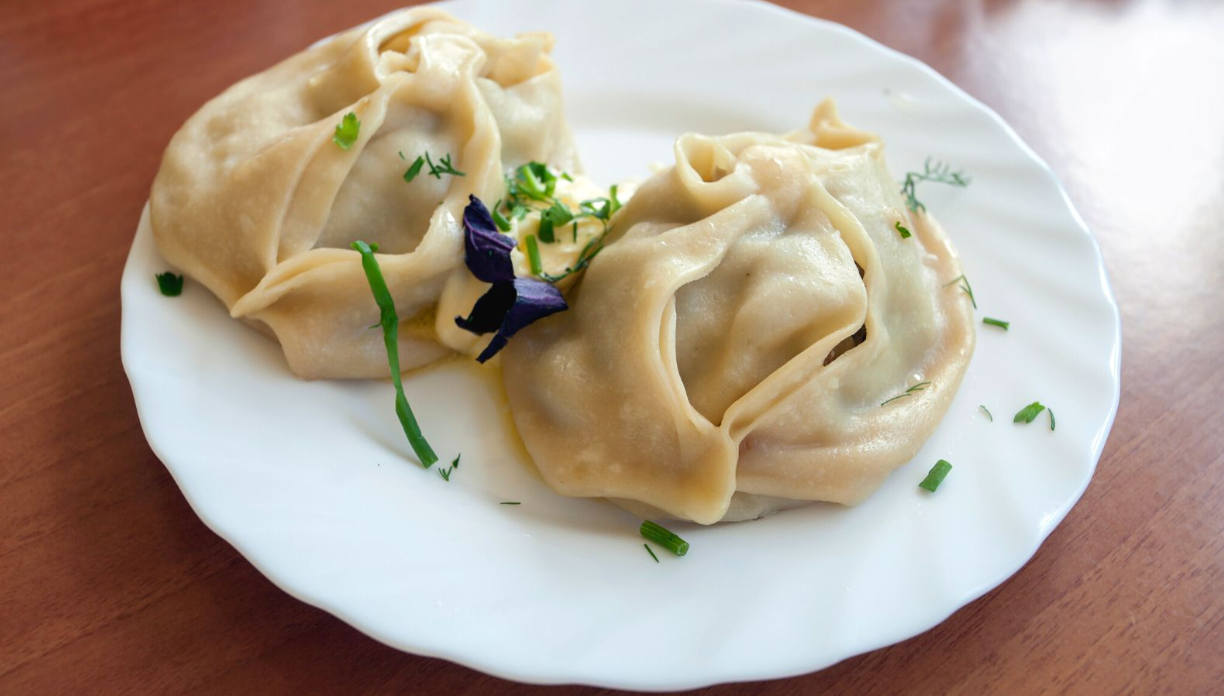 Adopted from Uzbek cuisine, manti are traditional steamed dumplings stuffed with ground beef and diced onions, often served with the same spicy tomato sauce used for samsa. Unlike some variations across the Caucasus, Bukharian manti are distinctly large, usually requiring a few bites to finish.