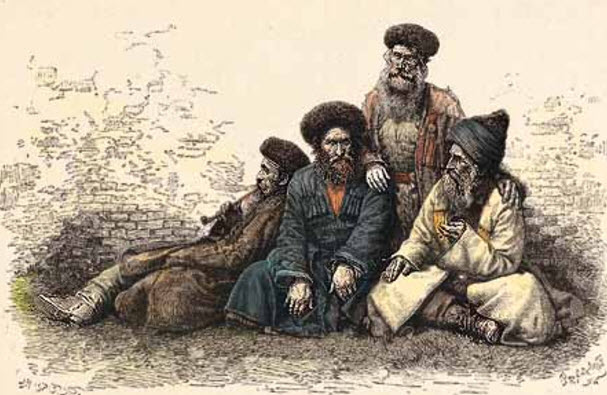 The Bukharian culture is one that rich and full of great history. Amongst the Bukharian people are the Bukharian Jews. The Bukharian Jews originated from a former Central Asian territory known as the Emirate of Bukhara. This location had a large Jewish population, in which all spoke Bukhori, which is a dialect of the Tajik-Persian language. Ever since the disbanding of the former Soviet Union, a majority of the Bukharian Jews made their way into either Israel, the United States, Europe and Australia.

Being one of the oldest groups of Jews, it is no surprise that the Bukharians have such a rich culture. Though many of the Jews had fairly similar dress codes, the Bukharians had a couple noticeable differences in theirs. One of the traditions that can still be seen within Bukharian Jews today is the one that takes place during weddings. The bride and her immediate relatives can be seen wearing the conventional kaftan, which is a heavily embroidered hat that is worn during the wedding dances.

The music of the Bukharian Jews is recognized by many other cultures. The Bukharians have a unique musical practice known as Shashmaqam. A Shashmaqam played through an assembly of several stringed instruments. This music is filled with a large variety of cultural melodies and lyrical verses. People are willing to travel long distances in order watch a traditional Bukharian concert.

The greatest trait of the Bukharian culture is their delectable cuisine. Their dishes are all unique, yet they all pull in influences from several other cultures. One of the most popular dishes amongst the Bukharians is a dish called Plov. This dish consists of leisurely prepared rice and contains carrots, cumin and some sort of bean. The dish is finalized by the placement of some sort of meat on top, usually consisting of beef or lamb. The Bukharian culture is one that can be found around the globe. They Bukharians are part of a tight-knit community and will continue to pass on their traditions for many generations to come.

Bukharian Wedding: A Feast of Culture and Tradition