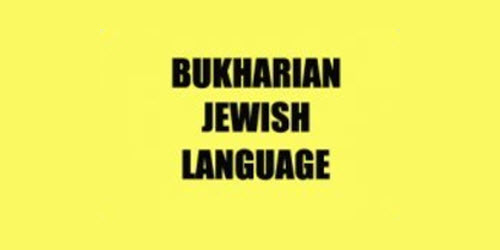 A roaming dialect, it is no surprise that its script is as multifarious as its lexicon. Like other Jewish languages, the Bukharian language traditionally uses the Hebrew alphabet; but Soviet influence in the early 20th century gave way to widespread use of both Latin and Cyrillic letters alongside the traditional Hebrew. After 1940–when Jewish schools in the Soviet region were closed, and the non-liturgical use of the Hebrew alphabet dwindled–Bukharian publications relied increasingly on Cyrillic script. Today, the elder Bukhori generation often more familiar with the Cyrillic alphabet than with the Hebrew.

Though spoken by a relatively small population, the Bukharian language has a rich history, steeped in the magnificence of its people.