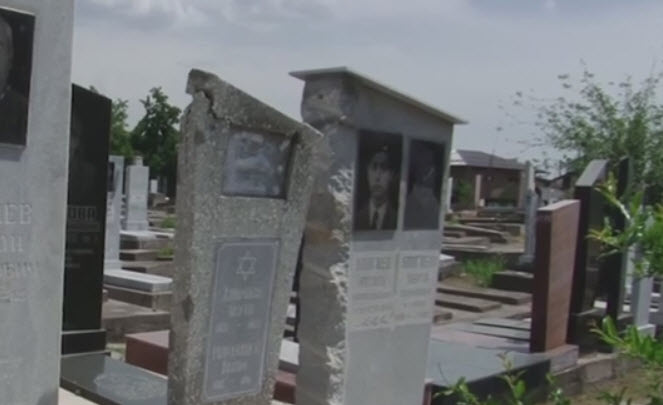 The Tashkent Charitable Foundation held their first meeting on January 15, 1999. The committee formed a board of trustees with David Tamarkin as chairmen and Pinkhassov Boris as deputy chairman. Mr. Tamarkin resigned in 2006.

The association is named after the city of Tashkent, located in the Republic of Uzbekistan or the former Soviet Union. Funds go to the upkeep and repairs for Tashkentﾒs Chigotay Cemetery and the Textiles Cemetery. Money also goes to preparation cleanings and trash removal for annual cemetery holidays.

Opened in 1826, the Chigotay Cemetery desperately needed repair and restoration. Over 700 graves required identification. This Bukharian Jewish Community of Queens worked diligently to restore the tombstones, clean the site, remove dead trees, repair the fence and restore the landscape.

For the Textiles Cemetery, the Tashkent Charitable foundation replaced the gate and doors to the flower garden. A new chapel, restroom and utility room rests on the site of an old building. The group also installed electricity and their landscaping work improved water drainage. Over 500 tombstones benefited from restoration, raised beds and marker identification.

These Eastern European cemeteries look different from most western sites. Instead of a narrow tombstone with grass covering the casket, cement covers the casket location with a connected tombstone at the head. Some of these coverings can be opened for burials. Vandals, tree limbs and harsh weather damaged the grave sites. Maintenance had not been performed on the two cemeteries for many years until the intervention of the Tashkent Charitable Foundation.