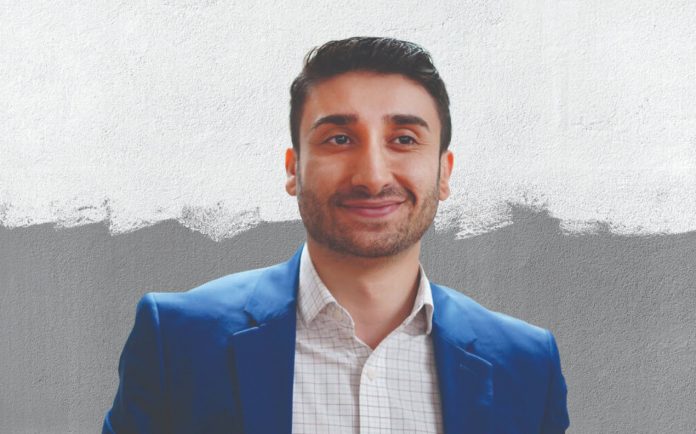 Describe what you do:

I currently work as Queens’ lead organizer for NYC Census 2020, a new office established by Mayor de Blasio in January 2019 to ensure an accurate and complete count of all New Yorkers. My work is mostly focused on the Bukharian Jewish community in Central Queens. My role is to fight for New York’s fair share of over $650 billion in federal funding for schools, infrastructure and hospitals, as well as New York’s political power as the Census determines how many seats each state receives in Congress. I have also spent the last several years helping candidates run for office, and trying to be the political voice for the Bukharian community.

In 2016, I cofounded a local Jewish nonprofit organization — the Bukharian Jewish Union (BJU). BJU serves as the central hub for the social, cultural and professional growth of young Bukharian Jewish professionals. I saw a need in the community for young people to gather in a way that didn’t revolve around a synagogue to build meaningful connections. We created this organization to unite our community’s future leaders.

While working, I’ve also been a full-time student at NYU Wagner pursuing my master’s of public administration degree and will graduate in May. I’m also culminating my degree as the president of the Wagner Student Association, the school’s student government. In this role, I worked by building community at Wagner — bridging the gap between first- and second-year students.

How you got here:

I grew up in an Orthodox community where a majority of Bukharian Jewish youth had realized they were far more traditional than other Russian-speaking Jews. In a largely conservative and insular community, without an affiliation to a synagogue, many were alone in terms of figuring out where we fit in the broader Jewish community. Without a sense of belonging, it worries me that individuals devoid of a religious tie or cultural connection will fail to discover their Jewish identities.

When I think about the American Jewish community overall, one issue that consistently arises is the lack of an overarching community across the various Jewish sects. Years ago, I was with my family at a kosher restaurant when I heard an older Ashkenazi Orthodox Jewish couple mention the word “Bukharian.” They spoke about Bukharian restaurants and went on to say they aren’t kosher. I was alarmed with what I had just heard, but I was utterly disgusted with what followed, when they said that Bukharian Jews aren’t real Jews. Since then, it’s been imperative to me to develop a strong Jewish identity in the Bukharian community while also educating the larger Jewish community about our place among them.

Some American Jews are taking off their kippahs and Stars of...