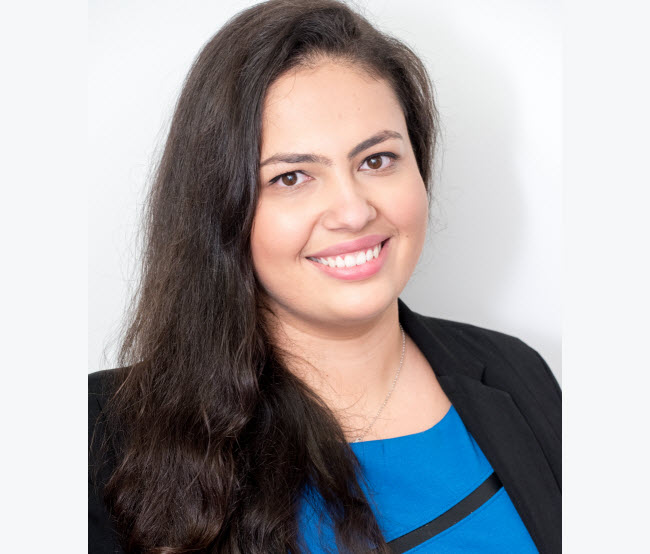 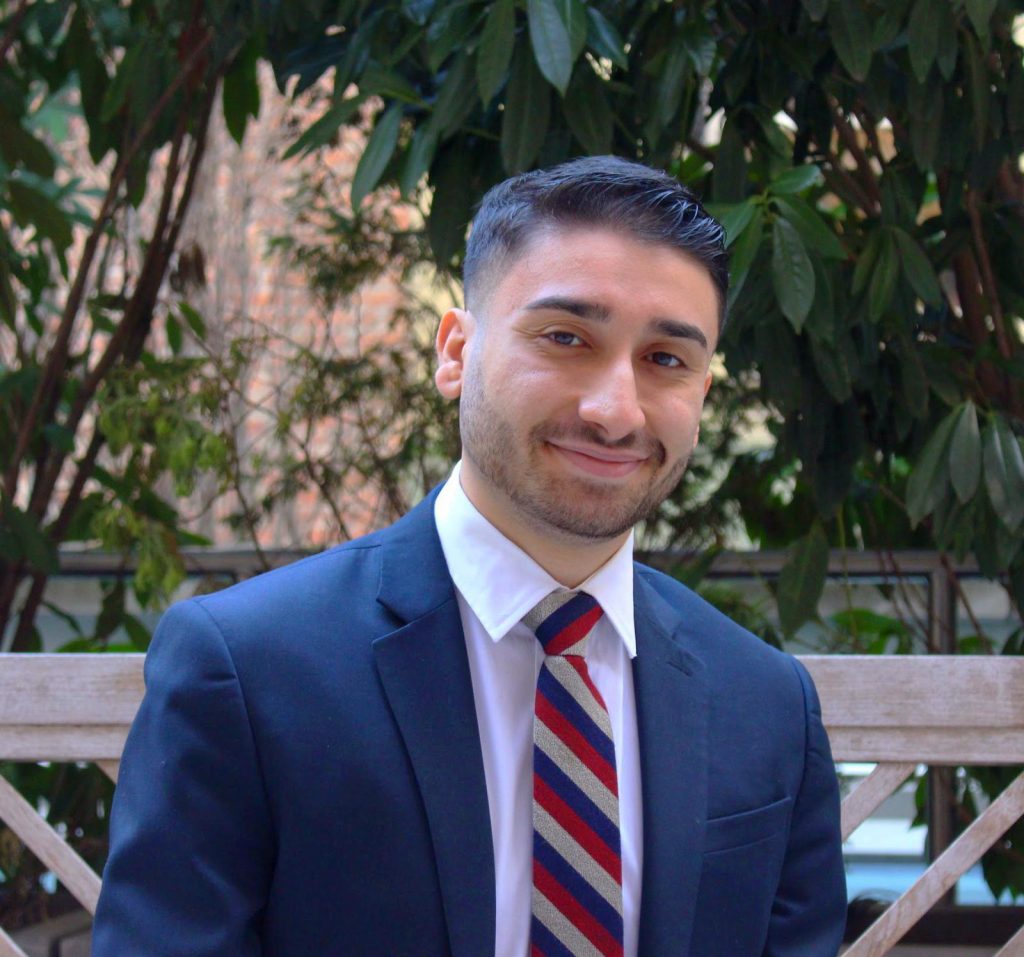 In the most culturally diverse borough on the planet, it is fitting that the panel representing its cultural nonprofits and civic associations is titled the Queens General Assembly. Last week Borough President Melinda Katz appointed Enita Iskhakova, 26 to the group, as a representative of Bukharian Jews in Queens. “I was always interested in community work and was among those who started the Bukharian Jewish Union,” said the Fresh Meadows resident.

As its Vice President of Events Production, Iskhakova works to fill the calendar with a variety of programs that engage with a wide audience, including comedy shows, a food festival, meetings with political leaders, and evenings for networking. Three years after its founding, she feels that it is succeeding as its members take on leadership positions in the community. “More people are talking about it, who we are, and what we do.”

Born in Ferghana, Iskhakova immigrated to Queens at age 7 with her family. As a high school student, she participated in the Bukharian Teen Lounge, a now-defunct Forest Hills nonprofit that trained young people for active participation in public affairs. “Enita started the executive board at the teen lounge. They decided projects and programs,” said Manashe Khaimov, its former director of youth services. “She was our first woman board president and others followed her. She is a role model.”

Iskhakova attended SUNY Stony Brook where she majored in women and gender studies, specializing in women’s health. As a student, she participated in events at her campus Hillel and Chabad organizations. “I’ve always been involved in Jewish life.”

She works in health insurance with the goal of a master’s degree in health administration. “The Bukharian community is well represented as health care providers, but not so much in healthcare management,” she said, referring to the many community members working as pharmacists and doctors.

The Queens General Assembly was founded in 2003 by then-Borough President Helen Marshall. In that year its first Bukharian Jewish member was Rabbi Nahum Kaziev of the Education Center for Russian Jewry, affiliated with Ohr Natan.

While Iskhakova is working on finding common ground with other cultural, civic, and ethnic organizations in Queens, her BJU colleague David Aronov is also seeking a senior leadership position on the civic scene. “Since 2013 I’ve had the privilege of being a member of QCYD and holding several leadership roles,” wrote Aronov, in reference to the Queens County Young Democrats. “Now I’m ready to take my work to the net step as your VP of Political Affairs.”

Like Iskhakova, he is an alumnus of the Bukharian Teen Lounge, which he credits for sparking his interest in community leadership and public outreach. At the time he signed up to intern for Councilwoman Karen Koslowitz, who valued Aronov’s fluency in Russian and familiarity with the Bukharian community. While he was picking up work experience in her district office, he also participated in the local Young Democrats chapter, comprised largely of fellow political staffers, students, and supporters. He volunteered on campaigns for candidates across Queens and beyond, learning which topics resonate with voters and common causes between Bukharian Jews and other communities in Queens. “It is my hope that our organization continues to reflect the beautiful diversity that is Queens and serve as a hub for progressive action,” he wrote.

An outspoken support of Israel, Aronov is not shy to speak up on antisemitism. At the same time, he is also deeply devoted to the party’s longstanding support for organized labor and immigration. “A lot of teen lounge members are going for leadership positions. We worked with them when they were teens and it shows,” said Khaimov. In his current role as Director of Community Engagement and Development at Queens College Hillel, he continues to train Sephardi and Mizrahi Jewish students in activism. “I polled them and 90 percent of them never had leadership experience prior to college so I catch them here.” He said it would be ideal to expose young people to civics in their teen years because in college they may not have interest in it.

Looking ahead, Khaimov spoke of another pair of teen lounge alumni worth noting. At the SUNY Old Westbury campus on Long Island, Rivka Mullokandova is running the campus Hillel while her brother Eliezer is coordinating the BJU Initiative for Community Hours, which connects young people with activities that their schools can count as credit hours. 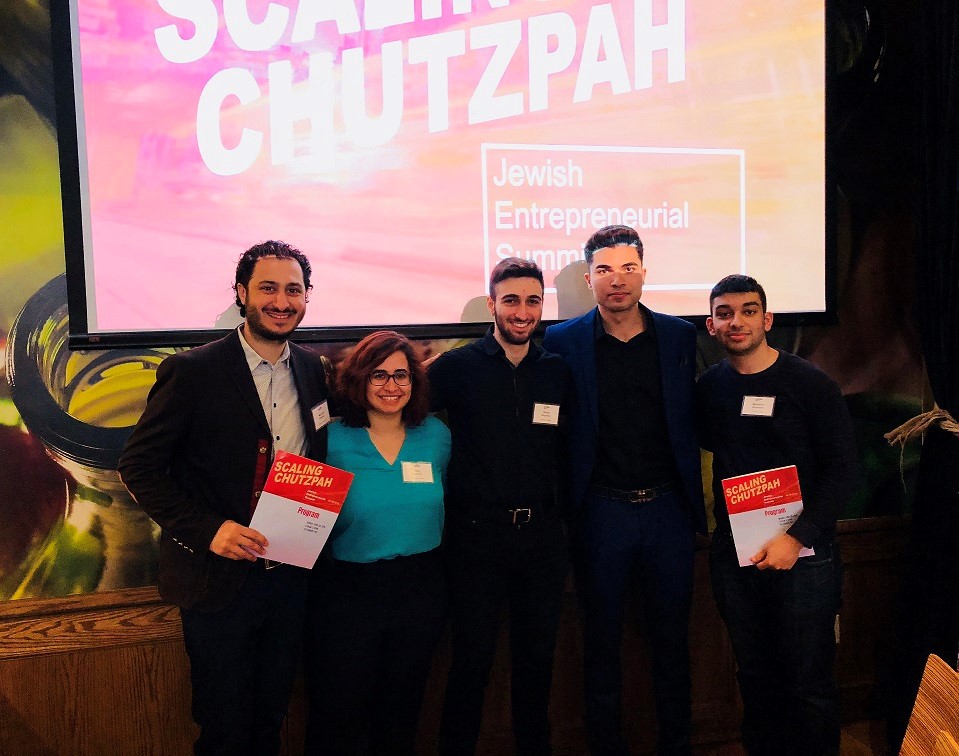