This year marks the 77th year since the end of World War II. Day of May 8 (9) is a joyful and painful dedication in the history of world civilization of the 20th century. This is the day of victory over Nazi Germany.

Humanity has never encountered such barbaric bloodshed on Earth. Only the Soviet Union lost more than 27 million of its citizens in this massacre. During the post -war years, many heroic stories were revealed, which are reflected on the pages of books, magazines and newspapers.

Representatives of many peoples and nationalities fought in combat ranks against fascism, including Central Asian (Bukharian) Jews. To date, it is known that their number was 6623 people (see the book of memory of participants in the Second World War. The catalog of names of Bukharian Jews. Author-compiler: Kalontarov D.A., 2015).

As indicated, in more wounded publications, only from the members of the family of the Kimyagarov, according to the male line, 25 people were called up to the front, of which more than half did not return to their hearths. There are families from which several young people went to the forefront. Below is brief information about some representatives of the Kimyagarov families who took part in this war. These are heroes who showed incredible bravery, courage and daring.

Meir Aboуevich was born in 1910. His father, Abo worked as a manager for wholesale sales of tea products of the world – famous German multidisciplinary commercial of Vogau (Vogau). Meir Aboуevich, at the age of seven, lost his own mother, Hesivo. Caring for him was taken by the second wife of his father, Dvora.

In the youth, Meir Aboevich manifested a talent for a cutting and sewing. On the advice of his father, he began to master the secrets of tailoring skills. For a short period of time, Meir Abuevich became one of the best specialists in the field of sewing male and women’s clothing of European and oriental style. In April 1941, he took part in the decade of Tajik literature and art in Moscow, as the head of the group of fashion designers.

In 1942, Meir Aboevich was drafted into the ranks of the Soviet Army. He immediately hit the active army. Served as the rank of 285 cavalry regiment of 416 divisions. With the battles he reached Stalingrad to Berlin. He fought heroically on the fronts. In hostilities, his platoon destroyed several tanks and artillery guns. Once on the territory of Poland, the regiment commander instructed Meir Aboyevich to transfer a valuable package to the headquarters of a neighboring connection, which was located at a distance of 5-6 kilometers. There was a late evening, there were German trenches nearby. On the way, he got lost. Suddenly, as he had introduced him, a man called him, and by name, and prompted the right direction. When Meir Aboyevich turned around his savior was no longer. He took this sign of fate as a reward for his unquestioning faith in God and compliance with all religious prescriptions. In his youth, Meir Aboyevich graduated from a cheder, where he comprehended the secrets of the Torah. His faith in the Almighty and the fulfillment of his covenants, he believed, helped him survive in a terrible military massacre. At the front, he recited by heart all three daily prayers: Shacharit, Mincha and Aravit, and tried, if possible, not to eat tref.

Shortly before the end of the war, when victory was already close, he was summoned to the commander of the 150th division, General Shatilov, and ordered to sew several Soviet flags. This division was part of the 3rd shock army of the First Belorussian Front, commanded by Marshal Georgy Konstantinovich Zhukov. It was the soldiers of these units who hoisted the Banners of Victory over the defeated Reichstag, one of which was sewn by Meir Kimyagarov.

For courage and prowess shown in battles, Meir Aboevich was awarded the Order of the Red Star, the medal “For Courage” and several other military awards. He ended the war in Berlin with the rank of senior sergeant in June 1945. His grandson Meir Kimyagarov Jr., who was born in Israel and named in memory of his grandfather, served successfully in the IDF and observes Jewish traditions.

Meir Aboevich, the father of eight children, was very hardworking, benevolent, always ready to help his neighbor. He died in 1977, was buried in Dushanbe (Tajikistan)

In this family of six children, five took part in the Great Patriotic War.

The eldest son, Yukhonon (Yura) Matatovich (1910, Kokand – 1965, Dushanbe), until 1936 studied at the agricultural technical school in Andijan, and then at the Agricultural Academy. K. A. Timiryazev in Moscow. 1936-1941 refresher courses in Kyiv. In between, he taught at the school for working youth in the city of Kostakoza (Sughd region, Tajikistan) and, in the direction of the Komsomol organization, worked as a cultural enlightener in the NKVD. In 1941 he was transferred to work in the city of Stalinabad (Dushanbe). After working for several months, he volunteered for the front. After being seriously wounded in 1942, he was commissioned with a disability of the 2nd group.

The second son, Matatiyahu, Aron Matatovich (1918 – 2009, it has already been written about in previous publications) began military service in 1936, at the call of the Kokand city military commissariat. In September 1942, already with the rank of captain of the guard, he fought as commander of the anti-aircraft machine gun company 1609 of the airfield air defense regiment 16 VA. In one of the memorable battles, when repelling attacks by enemy aircraft, Aron Matatovich was wounded twice (one severe wound). He was awarded the Order of the Patriotic War II degree, medals “For Military Merit”, the Jubilee Order of the Patriotic War I degree.

The next son, Matatiyahu, Ilya (Evitor) Matatovich (1919 – 1972), participated in the fight against the Basmachi, was the head of the police department in the Leninabad region.
The youngest son, Matatiyahu, Avishai Matatovich (1926 – 1943), at the age of 16 volunteered for the front, died presumably in the Oryol-Kursk direction.
One of the two daughters of Matatiyahu, Rosa Matatovna (1917 – 2010), also took part in the 2nd World War. Unfortunately, apart from the year of birth and the time when she left this world, there was no other information at the disposal of the author.

Khaim Sholomovich was born in 1917 in Samarkand. After graduating from school No. 26 in the Vostok Quarter (the place of compact residence of Central Asian (Bukharian) Jews before the mass exodus from the USSR at the end of the 20th century), at the age of seventeen he left for Leningrad in search of a new life. Graduated from Rabfak(workers’ faculty).

With the outbreak of war on the territory of the USSR, in 1941, Chaim Sholomovich volunteered for the army, and was sent to the Volkhov Front. In 1942 he was wounded. Got to the hospital. Lived in besieged Leningrad. In 1943, Krivosheinsky DMC(District military commissariat), Novosibirsk region, was called up for junior courses lieutenant. In January 1944, in a battle on the Leningrad front, he was wounded in the shoulder and shell-shocked.

In Leningrad, his name was Alim Suleimanovich. In all likelihood, in those years, in Leningrad with a Jewish name, to put it mildly, it was not entirely comfortable to live.
Khaim Sholomovich lived a short life, only 55 years old, died during a hernia operation (1972). For heroism in battle and courage, he was awarded the medal “For Military Merit” and the Order of Glory III degree. (Below is a copy of the award list).
Khaim Sholomovich had three children 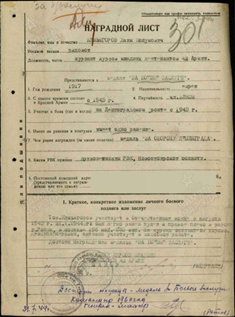 AMNUN KIMYAGAROV, Candidate of Technical Sciences, the Associate professor, the president of the American office of the International Academy on development of technologies, the Inventor of the USSR, the member of the Writers’ Union of Israel, the member of “The international association of the creative intellectuals” 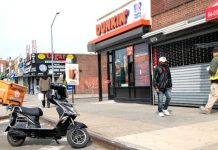