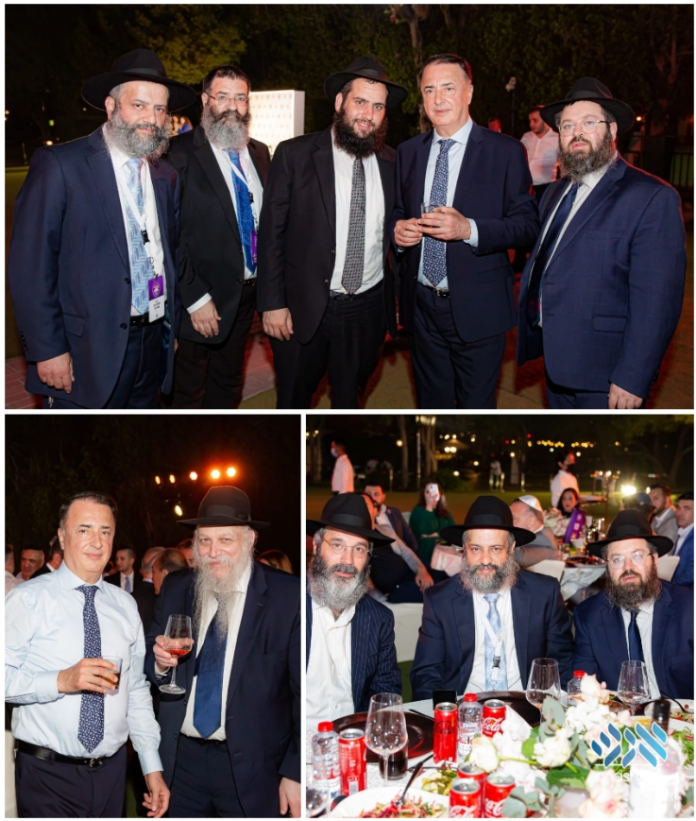 The 22nd annual conference of the International Bukharian Jewish Congress was held this year in Dubai and joined by philanthropists, community leaders, and rabbis. Congress president Mr. Levi Leviev delivered the keynote.

The 22nd annual conference of the International Bukharian Jewish Congress was closed with a resounding success in Dubai, United Arab Emirates.

The conference was attended by Rabbi Levi Duchman, Chief Rabbi and head of Chabad in the UAE, Rabbi Shlomo Chaim Peles, a leading member of Or Avner—Chabad Lubavitch, Rabbi Zalman Zvulonov and Rabbi Yitzchak Wolowik Chabad Shluchim to the Bukharian Jewish communities of Queens.

They are joined by community leaders and rabbis from throughout the world, congress leaders, philanthropists, and of course, the president and patron of the Congress, Mr. Levi Leviev.

At the main session on Thursday night, outside the Jumara hotel—one of the most beautiful locations in the country—a goal of no less than two million dollars was announced to support needy families in Bukharian communities worldwide during this Pesach season.

During the main address, Mr. Levi Leviev shared the following:

“I remember the early years, when we began our activities. In the late eighties and early nineties, we established and supported a network of kollels and yeshivahs for the Bukharian ‘Shaarei Tziyon’ communities.

“I sat down and wrote a report of our work to the Rebbe, describing our work and our donations to support and spread the study of Torah. When I handed the Rebbe my report, I thought he would compliment me for my contributions. Instead, the Rebbe looked at me with his penetrating eyes, and said that we needed to do much more…”