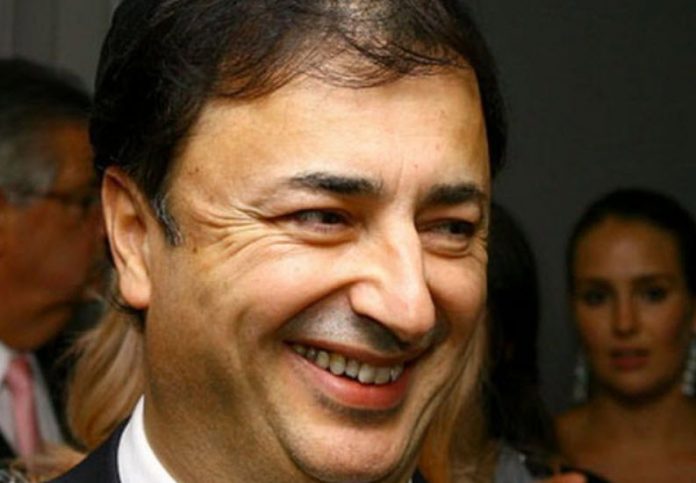 Armed robbers stole $53 million worth of valuable jewels on Sunday from the Carlton Intercontinental Hotel in Cannes, in one of Europe’s biggest jewelry robberies in recent years, police said. One expert noted the crime comes after recent escapes from jail by members of the notorious “Pink Panther” jewel thief gang – a real life gang adopting the name of the famous character in Peter Seller’s movie of the same name.

According to some accounts the theft took place in broad daylight.

This is the third major jewel theft this year in Cannes, the site the world’s most prestigious film festival. During the 2013 film festival in May, US$1.4 million of valuable jewels were stolen from Swiss jewelry firm Chopard, when they were taken from a safe ripped out of the wall of a hotel bedroom. Then a diamond necklace worth $2.6 million was also taken later in the same week.

Life does tend to imitate art, and The Carlton hotel itself was once a prime location for the Alfred Hitchcock classic film “To Catch A Thief”, about a retired jewel thief. Then, in 1973 French film director Claude Lelouche made a very successful comedy “La Bonne Année” about a jewel theft, also from a jewelry store on La Boulevard la Croisette. In a superb early example of commercial product placement the store was readily identifiable in the film as the actual Van Cleef Arpels store on La Croisette – and of course in the film the stolen gems are fully recovered.

Referring to today’s Lev Leviev theft, Jonathan Sazonoff U.S. editor for the Museum Security Network website and an authority on high-value crime said to Associated Press “It’s a huge theft. Anytime you talk about a heist with many millions of dollars it turns heads and feeds the imagination,”

He said the likelihood of recovering the stolen diamonds and jewels is slim, because thieves can easily sell them on. “The fear is, if you’re dealing with high quality minerals, it’s hard to get them back,” Sazonoff said. “They can be broken up and so they can be easily smuggled and sold.”

The valuable gems were supposed to be on public display until the end of August. It was not immediately clear how many pieces were stolen.

Hotel officials were not available for comment, and neither Lev Leviev nor his company have so far made any official comment yet either.

In Belgium just last February some $50 million worth of diamonds were also stolen, while being loaded on a plane headed to Zurich, when hooded robbers drove through a hole cut in the Brussels Airport fence in black cars with blue police lights flashing. They drove onto the tarmac, surrounded the plane waving machine guns, seized the diamonds, then disappeared after just five minutes.

Police operations have since arrested several people and recovered much of the stolen goods.

Then five years ago, in 2008 armed robbers disguised with women’s wigs and clothing made off with jewelry said at the time to be worth over US$100 million from a Harry Winston boutique in Paris which they took in broad daylight. No mention of recoveries has been in that crime.
And also in 2008, thieves drilled a tunnel into a Damiani jewelry company showroom in Milan, Italy, tied up the employees then helped themselves to gold, diamonds and rubies worth some US$20 million.

Sazonoff said it’s normal for robbers to gravitate to a place like Cannes, whose glimmering harbor and glamorous film festival attract the world’s rich and famous. “Why do thieves target Cannes? It’s simple … On the Cote d’Azur, it’s where the monied people flow,” he said.