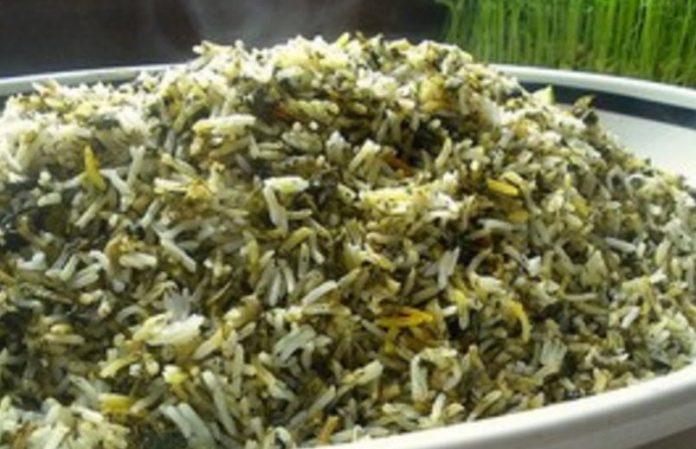 Bukharian cuisine features a number of unique dishes, many of which have been inspired by Central and Southeastern Asian food. This cuisine has been established by Bukharian Jews in order to abide by religious dietary restrictions. Bukharian food often includes meat and rice dishes, such as oshi sabo, a meat cooked slowly overnight and eaten for Shabat lunch. The meat may be mixed with rice, fruits and vegetables to complete the meal. When it comes to bread, non is a popular option. Non is a circular type of bread covered in sesame seeds. There is also a dry version of this bread known as non toki.

Bukharian foods often include significant portions of meat. Shish kabobs may include chicken, beef and lamb on sticks. A lagman includes meat with both noodles and vegetables. Some of these food items come in the form of pastries filled with meat, known as sambusa. It is also common for a family to sit at the table and feast on yakhni, broiled meat that is served with broth.

Rice is a common feature in some of the dishes. Many Bukharian Jews eat plov, rice mixed with cumin, vegetables and meat. Another common rice dish is baksh, which features chicken parts cut into cubes and seasoned with cilantro. There are several ways to cook this dish, allowing the chef to make a few adjustments and personalize the dish.

Man Convicted of Manslaughter for Running Down Jeweler on Forest Hills...