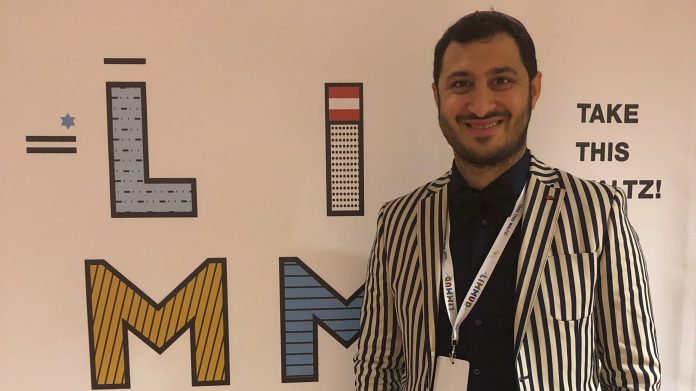 Between Feb. 28 and March 1, the 2020 Limmud FSU Europe conference took place in Vienna, attracting more than 600 Russian-speaking Jewish participants from at least 25 countries despite mounting concern about the outbreak. It was a three-day conference where people gathered to learn, teach, and inspire.

The event was followed with a special commemoration event at Austria’s Mauthausen concentration camp to mark the 75th anniversary of its 1945 liberation by U.S. forces. The ceremony included Racheli Kreisberg, granddaughter of camp survivor and famed Nazi hunter Simon Wiesenthal.

The Austrian capital city is home to the world’s third largest Bukharian Jewish community. Its members arrived there from Central Asia as Soviet refugees. Some continued on to America, and others repatriated to Israel to reunite with their families. Those who remained in Vienna became the community’s founders. Shlomo Ustoniyazov, President of the city’s Bukharian Jewish Community says that there are 500 Bukharian Jewish families that live in Vienna.

There was no surprise to see a great number of presenters from Bukharian Jewish communities from USA, Israel, France and of course Vienna. Amongst them were Gueorgui Pinkhassov, was born in Moscow and now lives in France. He is a renowned photographer, laureate of international awards, and member of the prestigious Magnum photo agency. He is the author of several books and has conducted several personal exhibitions around the world.

Asya Davidova is a soprano singer who performs in six languages. She sang on the stage of the Bolshoi Theater in Moscow, and on stage in England, France, Israel, Hungary, Spain, Germany, the USA, and Latin America. Davidova currently lives and works in Vienna. Manashe Khaimov, fourth generation community organizer who immigrated to New york in his youth, is a recognized social innovator and adjunct professor at Queens College, where he teaches the Bukharian Jewish History and Culture class. In addition to two presentations at the Limmud FSU Vienna, Khaimov was invited to speak at another venue by Ustoniyazov and Golan Yonatan. The latter serves as program director at “Beit HaLevi Center.” The cultural department of the Vienna community invited Manashe Khaimov to give a lecture and hold a conversation on the topic “The history of our ethnic group and Bukhara Jews in the world today.” The meeting took place in one of the centers of our community, in the Beit HaLevi Hall, on the evening of the first of March.

“An interesting lecture by Manashe Khaimov was devoted to the history of Bukhara Jews ranging from the destruction of the first temple to the creation of the Bukhara Jewish community at present. The lecturer, along with the participants, began a journey to identify and study our roots,” Ustoniyazov said. “Together we touched on the historical periods of our people and dynasties of rulers, before the Islamic period and after in Central Asia. Influence on the region, the Greek Empire of Alexander the Great and many others. And as we, Bukhara Jews, over the centuries did not dissolve among other nations, but retained our commonality, religion and identity.”

The organizers of the evening hosted an interpreter who translated presentations from Russian to German. “The performance of an extraordinary lecturer was available both to young people and to the older generation of our community and its guests.” Ustoniyazov, said.