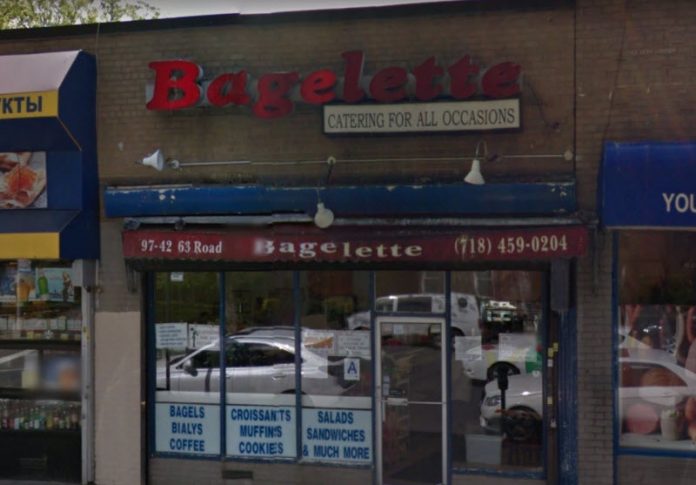 A Rego Park bagel shop is said to have been shut down by the city’s Department of Health following numerous violations over the past two years.

Bagelette, located at 97-42 63rd Rd., has reportedly been closed after it repeatedly violated a critical health code regarding mice on the premises.

According to the Department of Health, on Dec. 4 Bagelette underwent an initial operational cycle inspection where they racked up five sanitary violations, including evidence of mice or live mice present in facility’s food and/or non-food areas and inadequate personal cleanliness, both of which are consider critical violations.

Other violations stated that the building was not vermin-proof, the plumbing was not properly installed or maintained and the non-food contact surface had not been properly constructed.

This initial inspection resulted in the Health Department closing down Bagelette and not giving them a grade.

When the Health Department returned for a reopening inspection on Dec. 7, Bagelette still face violations of failing to vermin-proof the building and evidence of mice or live mice present in the facility, causing the bagel shop to remain closed down.

“Bagelette was temporarily closed for critical public health hazards that could not be addressed at the time of the inspection including a mice infestation,” said a representative of the Department of Health in a statement. “Once these issues have been addressed, the restaurant may request a re-opening inspection.”

According to the Health Department website, restaurants are graded on point scale: 0 to 13 points results in an A grade; 14 to 27 points receive a B; and those with 28 or more are given a C. When a restaurant performs poorly during a re-inspection, the Health Department will continue to re-inspect the building roughly once a month until it scores below 28, or the department closes it for serious and persistent violations.

Despite having evidence of mice on site, Bagelette had received a passing grade of A earlier this year with 13 points during their inspection on April 26. But on its Dec. 4 inspection, Bagelette scored 42 points in total. During their re-inspection, they got their score down to 11 points, but the repeated violations apparently resulted in the store’s closing.