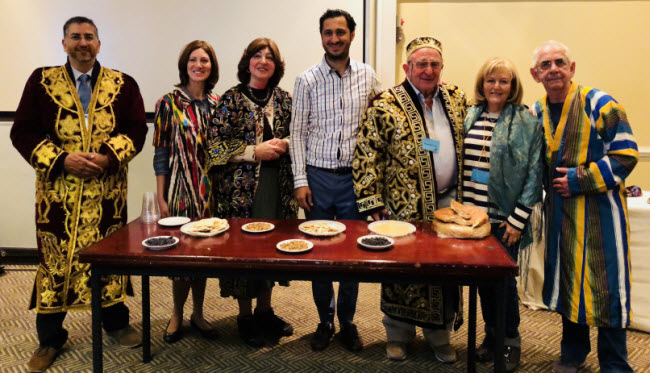 South African Jews gathered last week for the Limmud series of lectures and events across three cities in their country. In a first, they learned about Bukharian Jews with a community organizer and educator Manashe Khaimov flying in from New York to speak about his community’s historical and religious experience. “It was an honor for me to join as an International presenter, I was the first Bukharian Jew that many have ever seen,” said Khaimov. “I spoke about our contribution to the global economy and how we are connected to the Silk Road, and the room was packed.” 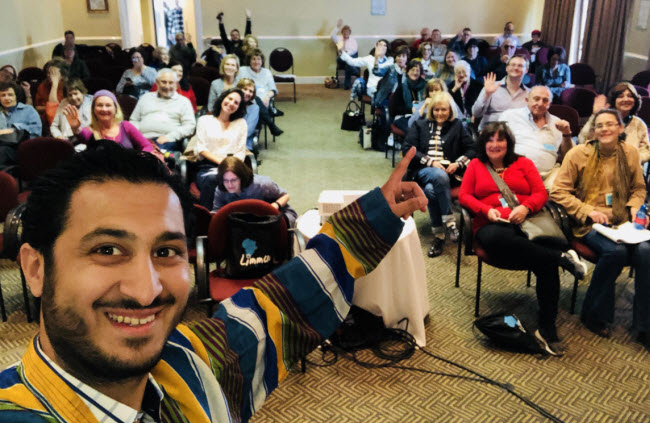 Originating in Great Britain in 1980 as a festival of culture and learning, the Limmud model has since been replicated in the United States, Canada, Russia, and Australia, among other countries. South Africa’s Jewish population mostly descends from Lithuanian Jews, with a Sephardic minority originating from the Greek island of Rhodes. “My sessions were only for an hour, but the participants didn’t want to leave and were eager to learn” said Khaimov. “In South Africa, there’s Chabad, Bnei Akiva, and a Jewish Federation.”

In his role as the Director of Community Engagement and Development at Queens College Hillel and as an adjunct professor teaching Bukharian Jewish history and culture, Khaimov’s approach are more than a lecture. “I brought several Joma to South Africa and fed them non-toki. I always try to engage all five senses when I teach.” As an example, at his Johannesburg presentation, he staged a mock wedding by inviting an audience member to the stage in Joma while describing the wedding customs of Bukharian Jews. 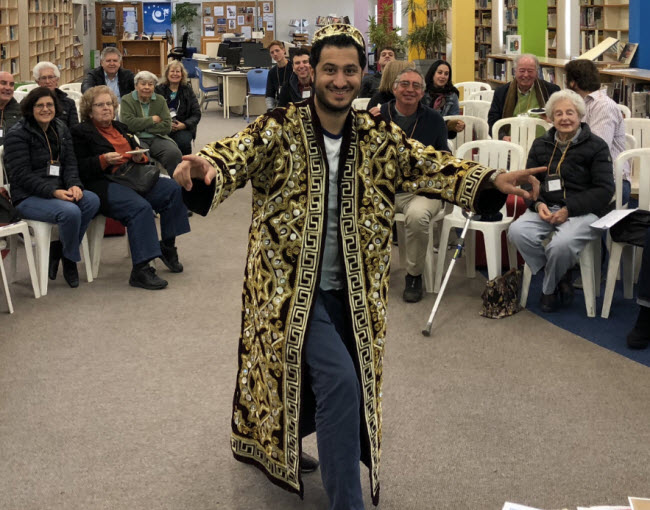 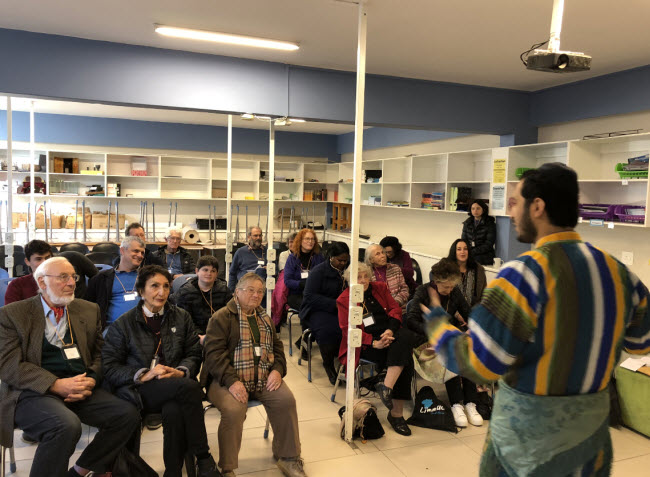 Among the questions that Khaimov answered related to the connections between Bukharian Jews and those from Georgia and the Caucasus. “We were connected by the Persian Empire, but the Caspian Sea separates us,” he replied. In his spare time, he attended lectures at Limmud South Africa, with an interest on how French Jews related to their country’s 1789 revolution, and how halacha relates to women seeking to conceive children outside of marriage.

The lectures were spread across Cape Town, Johannesburg, and Durban. “In Cape Town, there were many teenagers in attendance while the community in Durban is much smaller and largely elderly. I spent Shabbat with the Sephardic community in Cape Town,” said Khaimov. Here he found a kindred spirit in Rabbi David Benchlouch, a 35-year-old Israeli expat with a Moroccan background. “He reached out to me and I told him how Bukharian Jews were influenced two centuries ago by a rabbi from Morocco.” At a talk in the synagogue, Khaimov noted on the importance of naasei v’nishma in the Bukharian Community and how his ancestors responded with naasei v’ nishma to Rabbi Maimon’s efforts. “Two women in attendance cried. It was very inspirational and powerful to them.”

Particularly memorable for Khaimov was meeting the few Bukharian Jews of South Africa. “One woman, who got married to an Ashkenazi man. Her ancestor was Shimun Hakham. She brought her daughter to my lecture. She really loved that I was there and we are in contact. I believe she has family in New York.”

On another occasion, he met a descendant of the Yagudaev family that was among the founders of the Bukharian Quarter in Jerusalem. 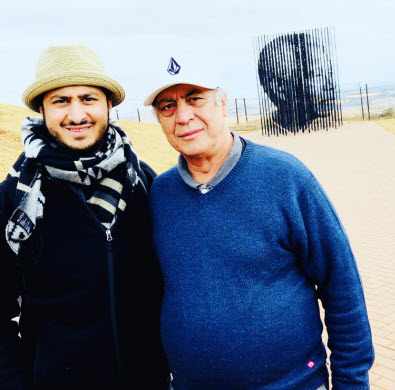 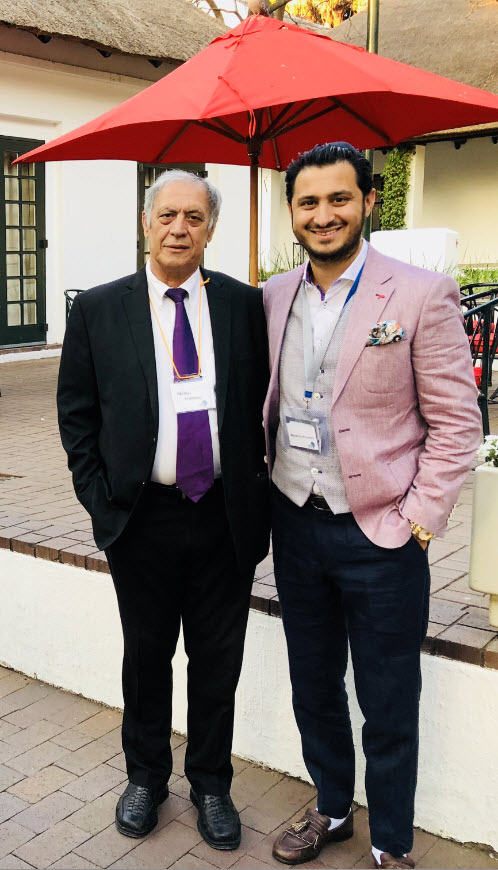 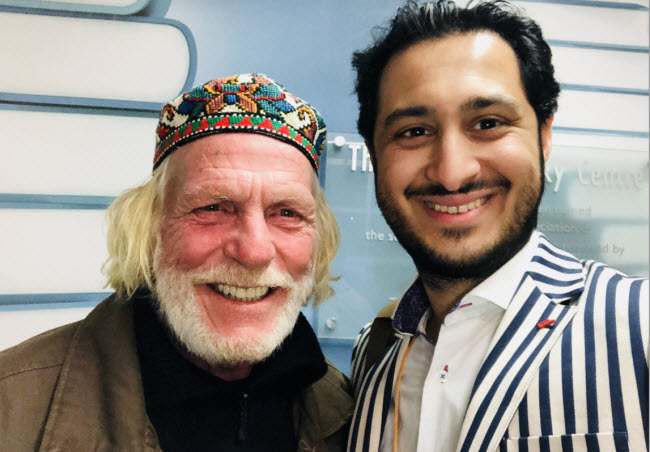 He also met another Jewish resident who was born in Tajikistan. Khaimov was joined on the 12-day tour by his father Abrash, who enjoyed connecting with a countryman raised on the same Soviet experience. “After each talk people came up to me to say that they may have Bukharian roots. People wanted to be part of our community.”

Jews first arrived in South Africa in the 1650s with the Dutch colonists, coincidentally the same decade when the first Jews arrived in New Amsterdam that is today’s New York. Their numbers peaked in the 1970s at nearly 120,000, the economic and political instability that followed the collapse of apartheid resulted in an ongoing decline that brought the population to around 60,000. “Many young people want to make aliyah. Many homes are protected by barbed wire.” said Khaimov. Although there have been massive protests against Israel in recent years, Khaimov walked the streets with his kippa and felt safe. 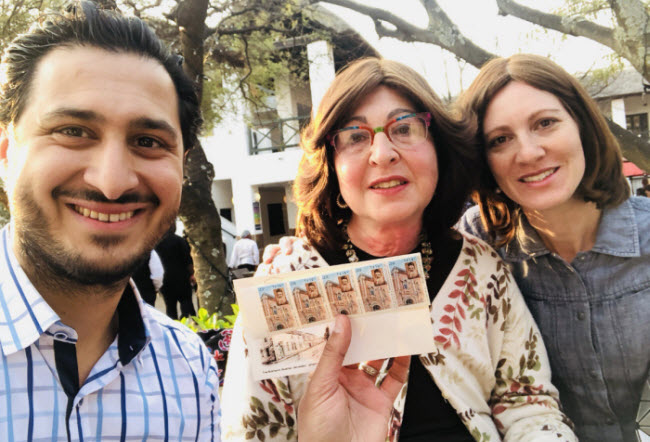 “I gave historical talks with a Jewish perspective that included divrei Torah,” said Khaimov. His return to New York is short as he prepares to take the Bukharian Jewish Union on its first-ever heritage tour of Uzbekistan later this month. Comprised of college students and young professionals, the organization seeks to engage its members with a blend of cultural, educational, and religious experiences. Having spoken to South African Jews, Khaimov is looking further ahead to the next Limmud festival, perhaps at a more distant location where no one has heard of Bukharian Jews, but where there may also be isolated countrymen and their descendants. “Perhaps Limmud Australia, which has a large Jewish community.” 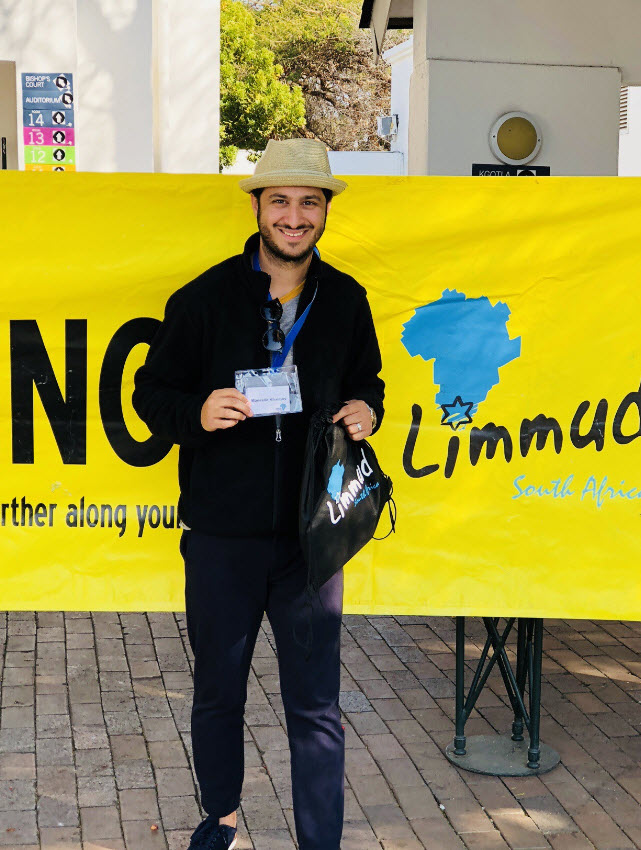