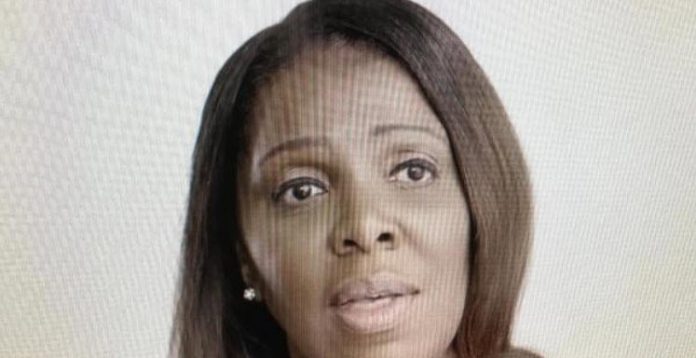 Pharmacy owner Irina Pichkhadze, 34, of Queens; and three of her pharmacy managers, Raymond Dieffenbacher, 46, of Queens, Yana Dubrinskaya, 31, of Brooklyn, and Tarlan (aka Boris) Pinkhasov, 40, of Queens, were all charged.

Pichkhadze’s pharmacy, Erri, Inc. d/b/a First Choice Pharmacy; and two additional companies, Express Audit Prevention Corp., and OTC Distributors, Inc., were all allegedly connected to crimes related to defrauding Medicaid out of more than $10 million in a kickback and drug diversion scheme through the First Choice Pharmacy located in Harlem.

“It is disturbing and deeply damaging to our society when health care professionals exploit our most vulnerable patients to steal millions of dollars reserved to provide New Yorkers with essential health care,” said Attorney General Letitia James. “We put our trust in medical providers to serve us with honesty and care, and these individuals took advantage of both that trust and our state. My office will continue to hold accountable those who forsake their professional responsibility to their patients and choose instead to use it to line their pockets with public funds.”

The four individual defendants along with First Choice Pharmacy were all charged today in Supreme Court with the crimes of Grand Larceny in the First Degree, two counts, Health Care Fraud in the First Degree, two counts, and Scheme to Defraud in the First Degree. Pichkhadze, Dieffenbacher, and Dubrinskaya were additionally charged, along with Express Audit and OTC, with various counts of money laundering in the first and second degree for allegedly knowingly conducting financial transactions designed to conceal the source of the aforementioned larceny and health care fraud. Lastly, Pichkhadze was charged with two counts of Criminal Possession of a Forged Instrument in the Second Degree for allegedly possessing two fake Department of State documents used to open bank accounts in connection with the money laundering charges. Pichkhadze, Dieffenbacher, and Pinkhasov were arraigned before Justice Gregory Carro. Dubrinskaya was arraigned before Justice Melissa Jackson. The next court date for all four individual defendants is August 1st.

In court today, prosecutors from the Attorney General’s Medicaid Fraud Control Unit (MFCU) outlined a scheme in which the defendants, acting in concert with each other, allegedly paid or directed employees to pay cash kickbacks to Medicaid recipients in return for each patient’s agreement to fill their HIV prescriptions at Pichkhadze’s First Choice Pharmacy, located at 245 East 124th Street in Manhattan. First Choice Pharmacy in turn billed and eventually received hundreds of thousands of dollars from Medicaid for refills that First Choice Pharmacy either did not dispense to patients, a scheme known as “auto-refilling,” or were predicated on the payment of an unlawful kickback.

State law strictly prohibits all medical providers, including pharmacies, from paying or offering to pay cash kickbacks to anyone in return for the referral of medical services ultimately paid for by Medicaid.

Prosecutors further alleged today that their investigation found that between January 1, 2013 and December 31, 2016, Pichkhadze’s First Choice Pharmacy did not purchase sufficient quantities of medication from licensed New York State drug wholesalers to justify the quantities of medication it claimed, through its billing records, to have dispensed to patients. Relying on thousands of false claims for payment filed by Pichkhadze’s First Choice Pharmacy, Medicaid and Medicaid funded managed care organizations (MCOs) in turn paid First Choice Pharmacy and the individual defendants over $10.2 million dollars to which, prosecutors allege, they were not entitled.

Large sums of that money, prosecutors allege, were then funneled through pass through banks accounts, bearing the names of Express Audit, OTC, Minnesota Independant [sic] Drugs, and Azure Drugs., among others, and disguised as payments to pharmaceutical wholesalers. The latter two accounts were opened as assumed names for First Choice Pharmacy and in effect, prosecutors allege, the defendants funneled money back to themselves under the guise of inventory purchases.

The charges filed in this case are accusations. The defendants are presumed innocent until proven guilty in a court of law.

The Attorney General thanks the New York State Department of Health and Office of the Medicaid Inspector General as well as the United States Department of Health and Human Services, Office of the Inspector General (HHS-OIG) for their assistance in this investigation. The Attorney General also thanks Medicaid MCOs Amida Care and VNS Choice; pharmacy benefit managers CVS/Caremark, Express Scripts, Med Impact, and EPIC; and pharmaceutical wholesalers McKesson and DML Pharmacy Corporation for their cooperation throughout the investigation.

New Yorkers can report suspected fraud to the Attorney General’s toll-free Medicaid Fraud Hotline, at (800) 771-7755 or online at www.ag.ny.gov/medicaid-fraud/contact

The Queens 50,000: Locating my identity in “Remapping America”

Uptown rabbi donating his kidney to a stranger – Ilzarova