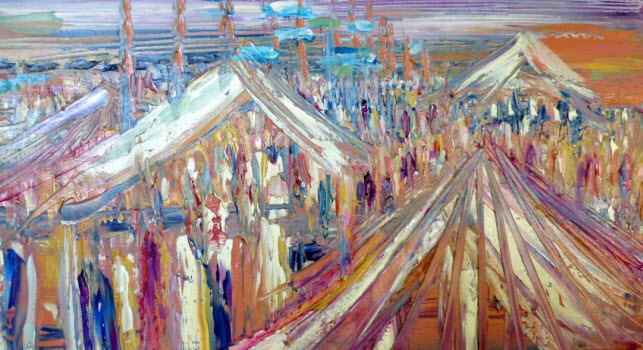 Everyone Has a Special Task; the Torah Tells You How to Do It

The spaceship left Planet Earth in a ball of fire. Man’s latest journey to the moon was underway. From his spectacular view in the pilot’s seat, Jack could see the breathtaking sight of Planet Earth getting smaller and smaller. His mission, once reaching the moon, would have enormous consequences for all life on the planet.

Suddenly, as he was maneuvering the spaceship, Jack heard static on his radio. “This is a bad sign,” proclaimed the worried astronaut. “My radio link to mission control at Cape Kennedy is the only way I can complete my mission. Without the instructions from the supercomputers down there I’ll never make it to the moon, and never get back to Planet Earth. I’ll end up as an asteroid!”

Jack frantically made adjustments to his radio until finally the message came across crystal clear. “Turn this! Open this! Adjust that!” Jack sighed relief, thrilled to comply with the instructions.

Looking at this scene, we might wonder: Why doesn’t Jack reply to mission control, “Leave me alone! Why are you telling me what to do all the time?” Obviously Jack understands that he has a mission to accomplish and only with the help of “Ground Control” can he hope to accomplish it and get home safely.

Judaism says we are all astronauts. The only difference is that we came from above, to this world, with a mission to accomplish. When we come to the next world the first question we will be asked is: “Did you fulfill your mission?”

If we reply, “What mission? I didn’t know I had a mission!” They will ask, “Did you really think the purpose of your life was to eat, drink, and be merry? It must have occurred to you at some time that there is something higher and more elevated to life!”

The Torah is our “radio” giving us the “Instructions for Living from Sky Control”: the Almighty Himself. We must make sure our receiver is working properly and we are getting the proper messages! (Rabbi Shlomo Wolbe)

The main theme of this biblical book is “Divine Providence.” God guides the ways of all the nations, and on the individual level, every person is guided throughout his life by God! We live our lives with the notion that I just “happen” to be born to these parents, at this place, in this time – so as long as I’m here anyway I might as well enjoy myself!

Wrong! You were specifically born to these parents, in this specific place and time, because you have a mission to accomplish and only you are programmed to do this job. Since the beginning of time and until the end of time, there has never been or will ever be someone exactly like you! God runs the world, and each of us has a unique mission on this Earth. Plus the Jewish people have an important contribution to make on civilization.

The Book of Numbers reveals Divine Providence that occurred during the 40 years the Jewish people were camping and traveling in the wilderness. As we will see, the Mitzvot introduced in this book also relate to the theme of God’s concern for the welfare of every individual.

The Torah commands Moses and Aaron to count the people.

Question: Why not have some clerk do it?

Second Question: Why is the census called “lift up the heads,” as we saw in Parshat Ki Tisa? What’s so elevating about being counted?

Answer: True prophets had the ability – at one glance – to reveal a person’s positive and negative traits and what his mission in the world should be (Vilna Gaon)! Even the 16th century sage Arizal could read one’s misdeeds on his face.

When the individual Jews stood before Moses and Aaron and received their blessings, it was truly an elevating experience. (As opposed to the secular world where a census or an election is somewhat demeaning because you’re “just another faceless number.”)

By striving for a higher level of holiness, a person can actually raise the level of Divine Providence he receives – and even extend that for all generations! Levi, the son of Jacob, outlived all his brothers and had the most profound effect on his children. This one tribe continued the old traditions, circumcising even in Egypt, and were the only entire tribe not to participate in the Golden Calf. When Moses descended Mount Sinai and proclaimed: “Whoever is on God’s side – come to me!” Only the tribe of Levi responded. They administered punishment to those who had overtly sinned with the calf (only 3,000, one-half of one percent of the population). This gave the Levites a special for all generations!

The great early-20th century sage, the Chafetz Chaim (who was a Kohen), once demanded to know why a certain visitor was not a Kohen or a Levi. “Because my father wasn’t,” the visitor answered.

The sage then asked rhetorically: “So why wasn’t your father and grandfather a Kohen or Levi? Because when Moses made his proclamation, my ancestors reacted and yours didn’t. The lesson is that the next time you hear, ‘Whoever is on God’s side, come to me’ – you go!”

Every tribe had a banner with a particular color (corresponding to the color of his stone on the High Priest’s breastplate) and a specific location in relation to the center of the camp. These were the same directions that they stood (at Jacob’s request) as pallbearers at Jacob’s funeral. (See Parshat Vayechi)

The sight of the Israelite camp was breathtaking. In the center was the gorgeous Tabernacle surrounded on 4 sides by the Levites (the 3 Levitical families, plus Moses on the 4th side). From there, in each direction, 3 tribes spread out – all worshiping one Creator!

The Midrash says that this corresponds to the scene in Heaven above, of the myriad camps of angels surrounding the “Chariot” of the Almighty! In the “Kedusha” daily prayer as well, we point out this connection. “May we sanctify your name in the world as the angels do in the highest heavens.”

In the Shabbat “Musaf” prayer we say: “A crown shall they place on your head, the angels swarming above, and your people Israel gathered below, together they will sanctify Your name.” The angels, so to speak, have the Jewish people as their partner in praising God.

In the biblical “love parable” of “Song of Songs,” the nations of the world try to seduce the “Shulamit” (one of peace, acronym for the Jewish people) “let us look upon you!” meaning we will give you high positions and great wealth and honor if you will only forsake your old lover and join us! The reply is: “What can you nations of the world offer us, that even remotely compares to the sign of love we had in the camps?” (Song of Songs 7:1) (Notice how “camps” is plural, denoting the camp of the Angels and the camp of Israel!)

At Sinai, the heavens opened and the people had a glimpse of the camp of the angels. This picture of the camps surrounding the Tabernacle, along with the angels above, is the picture of perfection in this world.

The image of the Israelite camp is like a wheel with many spokes all leading to one hub. There have always been many ways to be a “good Jew.” There are 12 tribes. There are Kohanim, Levites and Israelites. There are Ashkenazim, Sephardim, and different brands of Chassidim. There are hundreds of communities worldwide with different customs and stressing different priorities.

Yet all these groups are committed to the same goal: a close relationship with God, following the path of Torah law. This is distinguished from a “Jewish Pluralism” that forsakes the framework of Torah beliefs, which effectively detaches the spokes from their hub. As one example, nobody will claim in the name of pluralism that Jews for Jesus is a valid branch of Judaism! (Rabbi Motti Berger)

The tribe of Levi was counted from the age of 30 days – as opposed to the other Israelite tribes who were counted from the age of 20 years. We find the mother of Moses, Yocheved, was counted as Jewish soul number 70 when Jacob went down to Egypt, even though she was a newborn baby. After 30 days (when we assume the birth was healthy), he becomes “Guard of the Holy Guarding.”

Moses complained: “It is certainly not dignified for me to enter all their tents and count the cradles.” God replied, “You make the effort and it will be done.” At every opening of the tents, God appeared and Moses heard a voice informing him exactly how many Jewish babies were in that tent. This is why the Torah refers to the census as “By the mouth of God.” (Num. 3:16)

The Torah lists every tribe, along with the name of their prince, their banner, and their exact population. The tribes range from 32,200 (Menashe) up to 74,600 (Yehudah) with the sum total of the Twelve Tribes as 603,550 (not counting Levi).

Then we are commanded to count the tribe of Levi separately. They were the smallest tribe, numbering only 22,000 (and that’s from 30 days!). The rabbis explain the reason: When Pharaoh proclaimed “Build up Egypt Day” (see Parshat Shmot), only the tribe of Levi failed to show up, as they were engrossed in Torah study. Thus the decree of forced labor did not affect them.

Since God works “measure for measure,” and “as they oppressed them so did they increase” (Exodus 1:12), this did not apply to the Tribe of Levi who only increased “naturally.”

Note: From the 3 sons of Levi and 8 grandsons (including Moses’s father) in the short span of 2 generations (Moses was only 80 at the time), they somehow produced 22,000 boys, and presumably an equal number of girls! That’s an average of 2,750 for each grandchild of Levi – and yet this is considered a natural increase.

The Parsha ends with every Levite family being assigned a specific task to accomplish. In the desert, this meant carrying the Tabernacle when they traveled. In the Temple, they performed other functions such as singing and playing instruments during the sacrificial ceremonies, as well as opening and locking the heavy iron gates.

The Talmud relates that one elderly Levite had a difficult time moving the gate, and asked another Levite – whose job was singing – to assist him. The second Levite replied that it’s forbidden to exchange tasks. This is an important life lesson. When my first child was born, I was reminded of the verse “And what is man that you appoint tasks for him to accomplish?” (Psalms 8:5) What a formidable appointment! To raise a Jewish child, to become a good person and Jew, in the full sense of the word.

If one is hired to do a job, it should be perceived as a task given to him by God to accomplish, and like a soldier, not to leave their post. Even marriage is an opportunity and responsibility. You must become the best spouse, parent, teacher, etc. that you are capable of.

We are all like the astronaut on his way to the moon. Make sure your radio is working, and you utilize the Torah’s profound instructions to accomplish your mission in this world.

Click here for a Lively Overview of the Book of Ruth 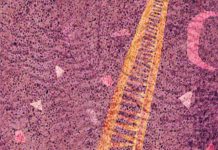 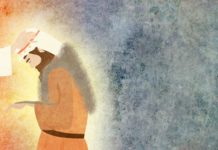 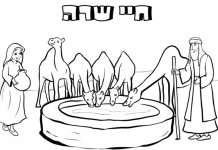