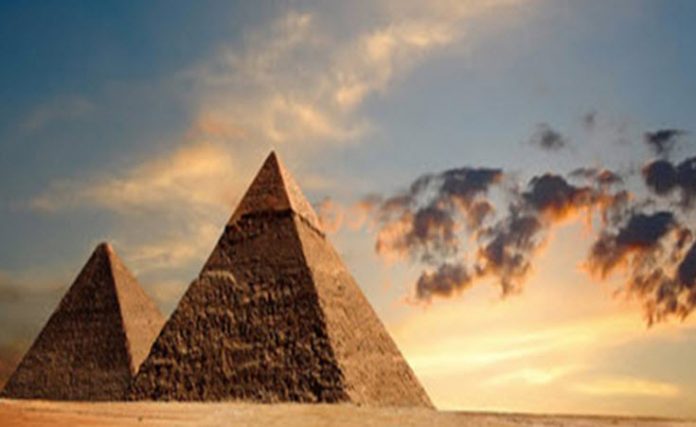 “I am hardening Pharaoh’s heart in order to increase My wonders – so you will tell your children and grandchildren how I toyed with Egypt, and the wonders I put in them. And they shall know that I am God.” (Exodus 10:1-2)

This introduction sheds a new light on the Passover celebration. Until this verse, we might have thought that the reason we make a Seder is to remember the Ten Plagues that God brought on Egypt. Obviously for God it would have been much simpler to make 1 or 2 plagues, and extend their duration until we were free. Why 10 plagues, lasting an entire year?

The answer is “in order to have a very juicy story to tell our children at the Seder.” That’s why He made 10 plagues.

When Moses warns Pharaoh of Plague #8, he tries a new tactic:

“There will be a plague of locust that will consume the remains of the crop. They will darken the sky and enter all your homes. Such a phenomenon was never witnessed before by your great-grandparents.” (Exodus 10:14)

Moses then abruptly leaves the presence of Pharaoh. (Let the message sink in: total agricultural destruction.) Pharaoh’s servants urge him to call Moses back:

“Can’t you see Egypt is lost?”

“Who exactly do you want to go to the desert for 3 days?”

(Years earlier, when Joseph and his brothers went to bury their father Jacob, they left behind their families and livestock so Pharaoh would be sure they returned.) Proclaimed Moses:

“With our youth and with our elders!”

In Judaism, there is no generation gap. We all serve the same God. Pharaoh wanted the youth, the future of the people.

“With our sons and our daughters, with our sheep and our cattle” (Exodus10:9)

Pharaoh’s reaction? He called security and had Moses escorted to the door.

Egypt was first hit with 3 days absence of light, followed by 3 days of a tangible manifestation of darkness. The Egyptians were glued to their spot – standing, sitting, or lying down for 3 straight days. They couldn’t eat, drink, sleep, or relieve themselves. (Midrash) Measure for measure: The Egyptians threw the Jews into damp dungeons and chained them to their spots in the dinky basement for years!

There were many Jews – 80 percent – who didn’t want to leave Egypt. Their logic was ‘impeccable’: “Why leave such a great land just when the Egyptians are finished and we can take over? Why would we want to travel without provisions into a desolate wilderness to fight the mighty kings of Canaan?” The Jews who didn’t want to leave, died during the plague of darkness, so the Egyptians wouldn’t see them burying their dead.

During the plague of darkness, for the Jews there was light – enjoying the original light of creation. (Kabbalists)

During this plague, the Jews searched the homes of the Egyptians to see exactly where they kept their valuables, but they didn’t take anything. When they later asked the Egyptians for back wages – compensation for years of forced labor – the Egyptians pleaded poverty: “We would love to help you, our dear former slaves. But unfortunately our economy is a mess, and times are tough, so we can’t pay a thing!”

“Oh yeah? How about the diamonds we noticed in the back of the closet? Or the money hidden under the bed?” The Egyptians said: “Take all our money and leave!”

Now Pharaoh tries a new tactic. “I am sick of all these plagues. I hereby forbid Moses and Aaron to enter these premises. Moses! The next time you see my face, you will die!” (Exodus 10:28)

Moses replies: “Spoken at the exact right moment” – i.e. boy, will you eat those words!

Moses returns to warn of the 10th plague:

Although God said “exactly” at midnight (and prophecy is crystal clear), Moses was afraid the Egyptians might be off, especially after the plague of darkness that totally disoriented them, so he was purposely inaccurate. Moses continues:

“Then your servants will come to me (really meaning Pharaoh himself!) and demand that we leave. Then we shall leave.” (Exodus 11:8)

At this point Moses leaves the palace with anger at Pharaoh’s decree.

FIRST MITZVAH IN THE TORAH

At this point God presents the Jewish people with their first Mitzvah:

This teaches us to designate the new moon.

The Jewish people have a lunar calendar. Jews are compared to the moon: Even though it gets smaller, it’s always there. So too, the Jews are eternal.

When the moon faces the sun, it is lit up, and when its back is to the sun, the moon is dark. So too, when the Jewish people face the Almighty, He lights us up. And when we forget Him, it spells “bad new for the Jews.”

Jewish month #1 is Nissan. Until the Babylonian exile, there were no names for the months, only numbers.

Even though the world was created in Tishrei, the purpose of creation gained actualization when the Jewish nation (charged with teaching mankind its mission) went free in Nissan. So Nissan became month #1, ushering in a new world era. (Rosh Hashana is referred to in the Torah as “the first day of the 7th month.”)

The Almighty commanded the Jews in Egypt to prepare for the Passover offering. Here is the procedure:

The Passover offering was a test for the Jewish people. As we keep in mind that the lamb was worshipped as a diety in Egypt, we can appreciate the risk these slaves took in tying it to the bed for 4 days before slaughtering it and then roasting it whole for all to see.

This was no ordinary plague. God manifested His presence in Egypt to such a degree that the first-borns (who have high spiritual potential) died from a spiritual overdose. The miracle was that the Jewish first-born didn’t die; they now owe their existence to God and are dedicated to Him (later to be substituted by the Levites). (Maharal of Prague)

Rashi explains that Pharaoh “got up” – from his bed.

Question: What was Pharaoh (also a first-born) doing in bed on the night of this plague?! After Moses had predicted the plagues 9-for-9, and now predicted you’ll die at midnight, wouldn’t you stay up out of curiosity?

Answer: Pharaoh was so evil he was even able to rationalize his own death.

Pharaoh realized he’s the only first-born still alive, and hurries to the Jewish neighborhood of Goshen. Dressed in his pajamas, he frantically cried: “Where does Moses and Aaron live?” knocking on all the doors (Midrash). The Jewish children decided to have some fun. “They live on the other side of the street. No! on this side. No! all the way across. What’s the matter with you? Can’t you follow directions?”

Finally, Pharaoh finds the address and screams to Moses to come out. From behind the door comes the reply. “Don’t you remember how you decreed that the next time you see my face, you will die!”

Now it’s Moses’ turn to give Pharaoh instructions: “Go outside and scream at the top of your lungs: ‘Attention all Jews! Until now you were my slaves, but now you are servants of the Almighty!'”

Pharaoh’s voice was amplified miraculously and heard in the entire land of Egypt. We wanted his permission and got it at the end. (Midrash)

Question: What is the answer to the 4 questions of the Seder?

Answer: The 4 questions are really one. The child asks: “Why are we showing contradictory symbolism? The Matzah and Marror symbolize slavery, and the dipping and leaning (like royalty) representing freedom.

“Are we free or slaves? Make up your minds?” The answer is: “We were slaves to Pharaoh in Egypt, and God took us out.” Until midnight of that night we were slaves. At midnight when Pharaoh made his proclamation we became free to serve the Almighty! (Abarbanel) 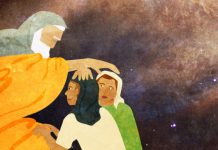