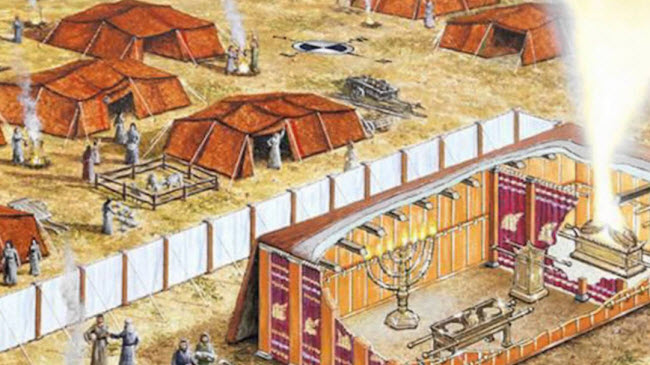 Moses Makes an Accounting of the Tabernacle Donations

Dateline: The ninth of Av – Year 3338 from creation
Place: Jerusalem
Scene: The Holy Temple in flames

As the Babylonians (and 490 years later, on the same date, the Romans) set the Temple on fire, the people saw a flame descending from Heaven. Apparently, the Almighty Himself wanted the Temple to burn to the ground. The Jews were shocked in disbelief. How could God do this to the one place His presence was manifest in the physical world?

The Sages remark that God released His anger (so to speak) on the wood and stone of the building, so as not to harm the people who really deserved it.

The word “Mishkan” (Tabernacle) contains the same letters as the word “Mashkon” (security). The opening verse of Parshat Pekudei repeats the word Mishkan twice. It says: “And these are the accountings of the Mishkan, the Mishkan of testimony” (Exodus 38:21).

The Sages explain that God took the “Mishkan” (Temple) as a “Mashkon” (security) in place of the debt of the people. This was done on two occasions, referring to the destruction of both Temples.

Question: The Torah prohibits taking a security from a poor person for a debt, if it is an object that he needs – for example, his only blanket (see Exodus 22:25). Is there anything the Jewish people need more than the manifestation of God in the Temple?!

Answer: The verse continues: “The poor person will cry out to Me and I will listen for I am compassionate” (Exodus 22:26). If we, as a people, will sincerely cry out to God to return our Temple, and improve our ways so we deserve a Temple, then God will definitely answer our prayers and restore the Temple, as He is compassionate!

Parshat Pekudei contains a detailed account of what was collected for the Tabernacle and how it was used. Although there is no requirement that a fundraiser give a detailed report of his activities, it is strongly recommended so that he not arouse any suspicion in his dealings. Moses, who among his many talents was also the first and foremost fundraiser in Israel, gave a detailed account.

The first item prominently mentioned is the gold. The significance of this can be best understood by an analogy of the rabbis:

A king sent a letter of engagement to his fiance. The messenger, upon hearing rumors that she was unfaithful to the king, decided to tear up the document for her protection. “At least she’s not engaged yet!” he thought. Upon further investigation, the rumor was found to be false and it was only some rabble-rousers. The king decided to send a new document, and asked the messenger, who tore up the first one, to provide the paper.

The analogy: Moses was the messenger to bring the Tablets of the Law (the letter of engagement) to the Jewish people. When the letters saw the Golden Calf, they flew up to heaven. Moses decided they were better off not having this “tainted relationship” with the Almighty, so he broke the heavy tablets. When it was determined that the main sin was by the “rabble-rousers” (the mixed multitude), God commanded Moses to carve new tablets from a sapphire mine he found in his tent. From the leftovers, Moses became rich. Then God inserted the letters that had flown away.

To continue this analogy we can add: The rumors were that she was unfaithful with a certain high official. When the rumor was found to be false, the king made a party in honor of his fiance – and who did he have seated at the head table? None other than the high official! So at the “party” of the dedication of the Tabernacle, who is proudly displayed? The gold!

By the way, the fact that Moses was rich (from the sapphire mine) made it even more urgent for him to provide an accurate accounting of the Tabernacle donations, to avoid any suspicion about how he became rich.

THE GENEROUS AND THE CHEAPSKATES

The Torah (Exodus 38:24) gives an account of how much gold, silver, and copper was collected. We are then informed what the silver and copper were used for – but not the gold.

Question: Why the difference between gold and silver?

Answer: The silver was donated by every Jew that was counted with the mandatory half-shekel. Out of the entire nation we could conceivably find some individuals who might suspect Moses. However, those that donated gold, a voluntary donation, obviously trusted Moses, so there was no need for an accounting.

Question: If so, why was there an accounting of the copper, which was also a voluntary donation?

Answer: Why did they only donate copper and not gold? Obviously because they didn’t trust Moses. Therefore, the “cheapos” got a full accounting, which was not necessary for those with “hearts of gold.”

Question: Why is this obvious fact stressed over and over? What is its significance?

Answer: The Golden Calf was caused by the people’s inability to subdue their genius understanding (of the need of a tangible reminder of God: the Golden Calf) to the revealed desire of the Creator (no graven images). Now that they repented for the sin of the Golden Calf, the artisans of the Tabernacle set aside their creative instincts, and followed the rules exactly “as God commanded Moses!”

Question: How was Moses aware of their intentions?

Answer: The Talmud tells us that every Mitzvah creates an angel that defends us, and every transgression creates a prosecuting angel. The power of these angels depends on the quality of the acts. One who sins with gusto creates big and strong angels. When he performs a Mitzvah out of habit, the angel is missing an arm and a leg. Moses perceived the angels they created with the Mitzvah of constructing the Tabernacle. The perfection of the angels testified that they did everything exactly “as God commanded” without the slightest change. This was the true atonement for the Golden Calf.

SUMMARY OF THE BOOK OF EXODUS

(1) In Genesis, the seed of the Jewish people was planted. In Exodus it begins to grow. Starting off as a small family, they expand into a vast nation. They begin as slaves in Egypt (in fact the first reference to them as a nation is by none other then Pharaoh himself) until God Himself frees them from their bondage.

(2) After the miracles of the Ten Plagues and the splitting of the Sea the people encounter God at Mount Sinai and sign a “contract” to be His people for all times.

(3) In order to insure a continual level of greatness, God commands to build a Tabernacle where the people could constantly perceive miracles and feel the Divine Presence. This portable Temple traveled with them for 40 years and was then transferred to the Land of Israel.

The book of Leviticus deals with how to keep that Divine Presence down here in our world. Stay tuned! 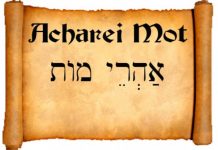 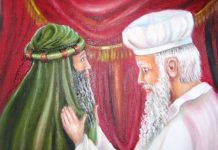