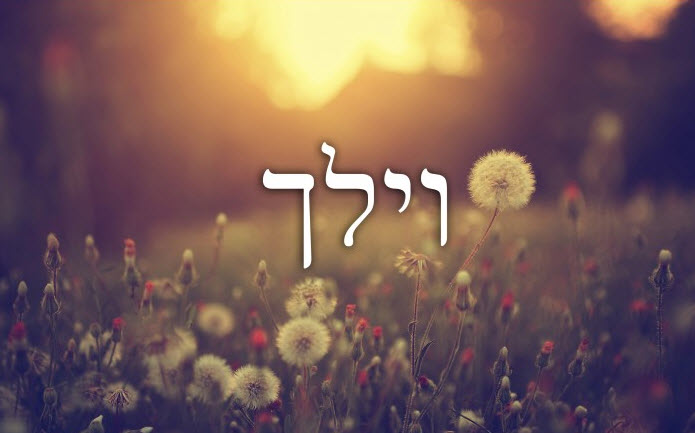 Prophecy of the Jews’ Return to Judaism, and Moses’ Final Day

“Excuse me sir, can you help me?” asked the girl as she stood at the entrance of the synagogue of Dublin. “I’d like to go to Israel to work on a Kibbutz. Do you have any information about programs for youth?”

Mr. Mandel, the caretaker of the synagogue, was taken aback. Standing in front of him in jeans and a backpack was an American Jewish girl who obviously had no idea this evening would be the Passover Seder!

Karen, from Long Island, was studying on the one-year overseas program at Shannon University. (There are no Jews in the town of Shannon, Ireland.) After reading the book “Exodus,” she became inspired and decided to go to Israel. While lying in a sleeping bag on the floor of a friend’s house in Dublin, she spotted the book, “Sights to See in Dublin.” Under “synagogues” were three entries.

Karen boarded a bus at random and asked the driver if he passed any of these places. One synagogue was on his route. As the bus neared its destination, the Irish Catholic driver stopped the bus and took Karen by the hand to show her the way so she would not get lost.

Mr. Mandel explained to her that since this evening is Passover, he would bring her to the Cohen family for the Seder. This family was planning to make Aliyah soon, and had all the information that Karen would need.

Karen quickly went out and bought a nice dress, and as she entered the Cohen’s home she was immediately drafted to peel potatoes. The Seder was the most special one Karen ever saw, full of singing and joyful children and stimulating intellectual discussion. However, the following morning Karen announced that she would have to return to Shannon.

The Cohen children cried out, “But tonight is the second Seder!” Karen readily agreed to stay. Afterwards, she was informed that “tomorrow night is Shabbos, and after that begins the last days of Passover!” After spending the entire week with the Cohen family, Karen was adopted as a member of the family and returned every Shabbat until the end of the year when the Cohen family made Aliyah.

Karen followed and ended up in a religious Kibbutz, where she met a Yeshiva student from England. They are now married and spreading Torah to others.

“I want my son Jason to be Jewish! ” proclaimed David. “Rabbi! Please put him in the Mikveh and make him a Jew!”

David grew up in a typical American Jewish home in a small town and intermarried with a non-Jewish girl. They had a son, and were divorced, leaving David with custody of 3-year-old Jason.

David was now living with another non-Jewish woman (also divorced and in custody of two children). They were both too scared to commit themselves to marriage. The rabbi, aware of David’s situation, was in no hurry to convert the boy. On the other hand, he could not outright refuse the request. “Why don’t you teach Jason what it means to be a Jew and show him the inside of a synagogue?” the rabbi suggested to David.

From that week on, David and Jason were regular Friday night worshipers. The hour-long service bounced with singing and spirit, a contrast to the synagogue that David remembered growing up – which was more of an entertainment production featuring cantorial operatics and organ playing that reminded David of a church.

Then came the winter. Early Shabbat at 4 p.m. – plus snow and bad weather – often resulted in lack of synagogue attendance. David still attended, but often had to wait for the rest of the “Minyan.” During this time he would read Jewish books in the synagogue library and really got interested in Judaism. He brought books home to his girlfriend and they would read them and discuss them for hours.

David started asking many questions and became close with the rabbi’s family. The end of the story is that David became religious. Sherry converted along with all three children, and the rabbi married them. They now belong to a strong Jewish community and are very happy.

Answer: The tent of Moses was outside the camp of the Israelites. When Moses desired to gather the people, he would have the trumpets blown (see Numbers 10:7). On this day, his last day on earth, it would not be fitting to display the trappings of royalty, so Moses walked into the camp to address the people.

Others explain that Moses purposely displayed his physical stamina by energetically walking in front of the people. Showing that he was physically fit at the age of 120, his next words, “I am unable to go out and come in,” refer to Torah. When the gates of Torah were closed, Moses had no desire to live.

The great Rabbi Boruch Ber Lebowitz of Kaminetz (in Lithuania) heard someone proclaim, “Without Torah we cannot live!” The rabbi reportedly exclaimed, “And even if we could – who would want to?!”

WHOSE FAULT IS IT?
“God said to Moses: When you die, this nation will follow strange gods of the land. They will abandon Me and violate the covenant we have made. I will then be angry with them, and hide My face from them – and they will be consumed by the enemy.

“Beset by evils and troubles (as a result of their deeds), they will say: ‘It is because God is no longer with me that these evils things have found me.’ And I will hide My face from them for all the evil that they have done.

“And now, write down this song (referring to the poem of Ha’azinu, also hinting to the Mitzvah of writing a Torah scroll), and teach it to the people. This song will be a witness. When I bring them into the land that I promised to their ancestors, flowing with milk and honey, they will eat and be satisfied and live in luxury. They will then turn to other gods and anger Me and break My covenant. When they are beset by evils and troubles, this poem will testify because it will never be forgotten by your descendents.” (Deut. 31:16-21)

“She doesn’t feed us!” claimed the children.

“True!” replied the stepmother, “but they refuse to obey me.”

“True!” replied the children, “but she doesn’t feed us!”

The rabbi requested to meet with the neighbors who remembered the biological mother. She definitely fed them. If they were good children then, it proves that the stepmother is at fault. If however, they did not obey the real mother either, that proves the children are at fault.

This is the analogy of the Jewish people. We find ourselves in exile, and God turns His face away (we don’t feel His presence). The result is that we deteriorate into non-Torah lives and pay the price in suffering. The people claim that assimilation is caused by the harsh exile: “Because God is not in my midst have these problems found me” (Deut. 31:17).

God replies that the exile is a result of the people turning away: “And I will hide My face from them for all the evil that they have done” (Deut. 31:18).

How is it determined who is at fault? God is warning us in advance: You are about to enter the Holy Land (the motherland, so to speak), where you will have everything good (flowing with milk and honey), and you will still forsake My covenant and worship idols! This will testify that you are at fault and may not use “exile” as an excuse. On the contrary, when the Jewish people turn back to Torah, the exile will end. (Kehilat Yitzchak)

The Parsha ends with Moses’ disclaimer:

“I recognize your rebelliousness and stubbornness. Even when I am alive among you today, you rebel against God, certainly after my death! Gather the elders and I will testify heaven and earth. Because I know that after my death, the people will go off the path I have led them, and will anger God.” (Deut. 31:27-29)
Rabbi S.R. Hirsch comments (paraphrased): “Nothing could prove the Divine origin of the mission of Moses as much as these verses. If the ‘Law of Moses’ were indeed only laws written by Moses, the world could show no greater fool than Moses! What greater folly than to give laws which are so completely opposed to the ideas and inclinations of the people for whom they are meant. Even the lawgiver himself is fully aware that for centuries to come the people will not have accepted the Law, nor the Law accept the people.

“And for the final achievement of the intended aim, to appoint no other guarantors than ‘heaven and earth,’ and no other means than the Book of the Law and its teachings – which in spite of all will not be lost to their children and children’s children!

“And if now, we look back at these past thousands of years of this people and this ‘Book of Moses,’ and consider how finally and just in times of the worst sufferings, this people has attached itself so deeply to this Torah, that for its sake it has endured unparalleled world-historic martyrdom, and this Torah has become the ‘eagle wings’ on which God’s rule has carried the Jewish people above all its trials in the midst of a world which offered it only enmity and scorn, misunderstanding and bitterness, into fresh powers of spirit and life. It has become the source of Life and Truth out of which the nations drink. It is the Tree of Life, its seeds carried by its scattered children to all mankind…

“What thinking person, when he reads the final avowal of Moses – and then allows his mind to pass over the history of this people and this book – can refrain from acknowledging that this Torah is not the work of Moses, but the Law of God Whose messenger you were, so the Jewish people and the Torah are and remain the directing finger of God to mankind.” 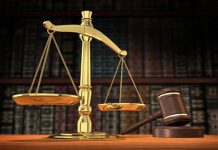 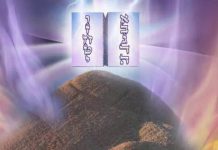 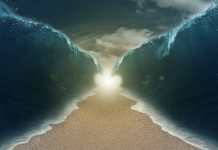