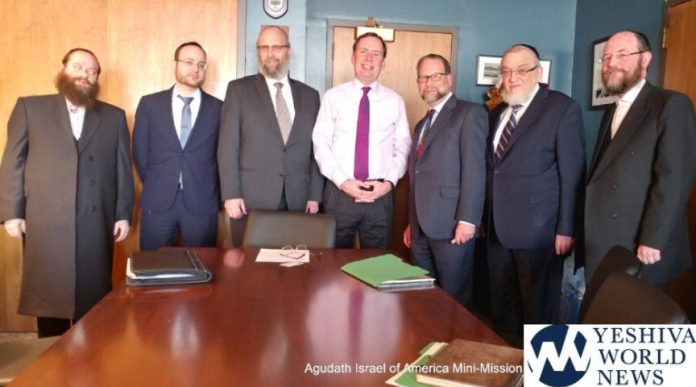 As part of its ongoing advocacy and in advance of its annual Albany Mission coming up on March 6th, Agudath Israel recently organized two mini-missions of yeshiva administrators and lay leaders to engage Albany lawmakers on the key issues facing the yeshiva community.

The first mission was in conjunction with the Alliance of Bukharian Americans (ABA) together with the Chazaq organization. These two groups represent thousands of Bukharian Jews, who live primarily in the borough of Queens, and have formed a close working relationship with Agudath Israel. The second mission consisted of representatives of major Boro Park institutions, who have long been staunch supporters as well as major beneficiaries of Agudath Israel’s advocacy efforts.

The missions were led by Rabbi Yeruchim Silber, Director of New York Government Relations, along with Rabbi Shmuel Lefkowitz, Agudath Israel Vice President of Community Services and Leon Goldenberg, member of the Board of Trustees. Among the issues the participants advocated for were expansion of 529 tax deductible savings plans for K-12, re-funding of the immunization mandate, increased security for nonpublic schools, and of particular interest to the Bukharian community, kosher food options for public school students. 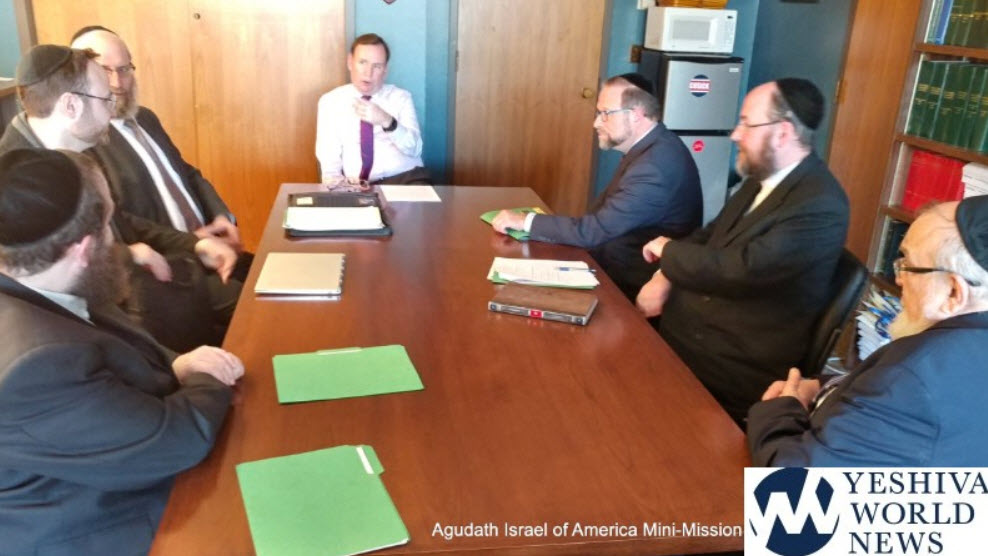 “For those of us who are in Albany regularly advocating on behalf of the yeshiva community being joined by those on the front line makes it so much more effective for us, “ said Rabbi Silber. “Hearing directly from yeshiva administrators makes a powerful impact on lawmakers. “ 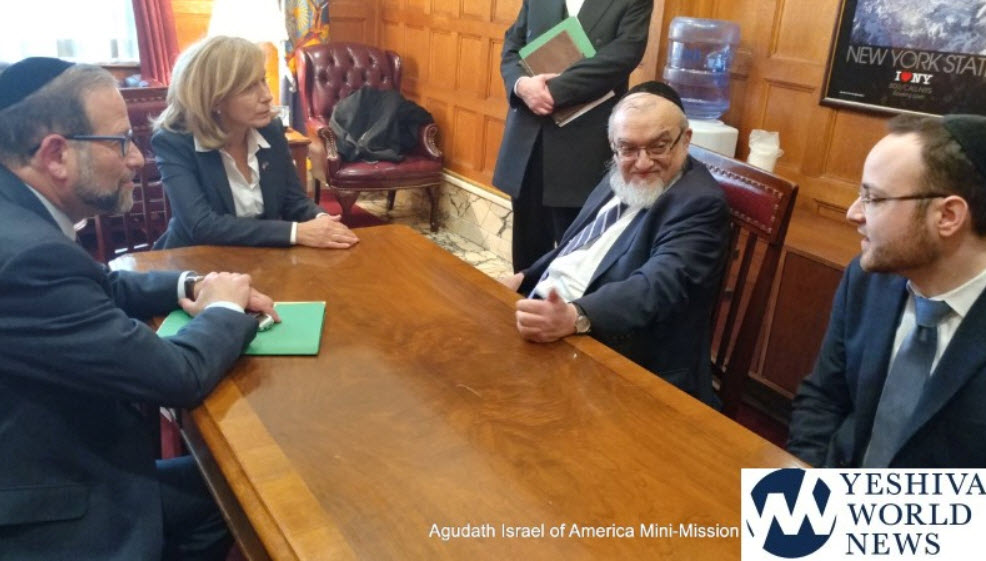 Preparations are currently underway for the March 6th Agudah mission in which several dozen leaders from across the state will send the day in the capitol highlighting these and other issues during a series of high level meetings with legislative leaders and senior staff of Governor Cuomo. 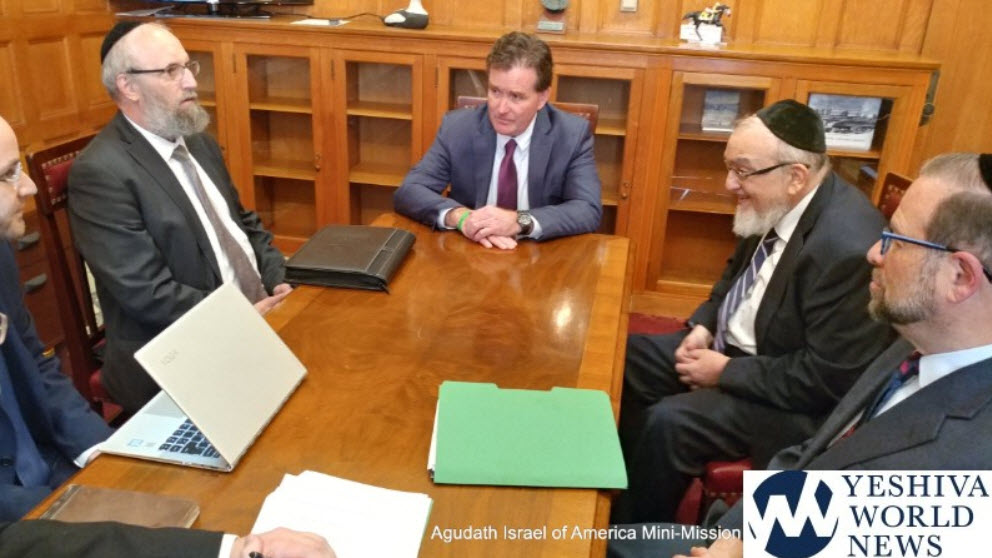 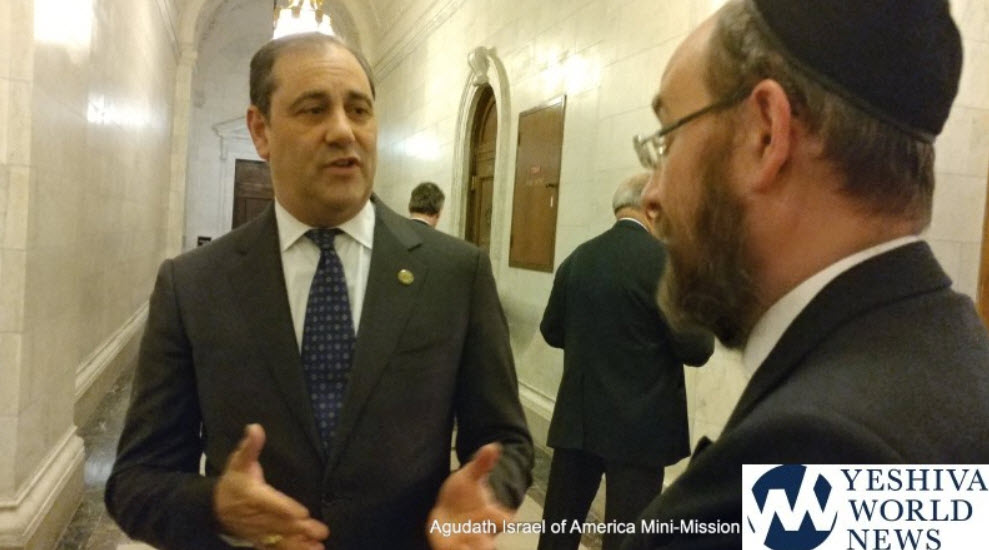 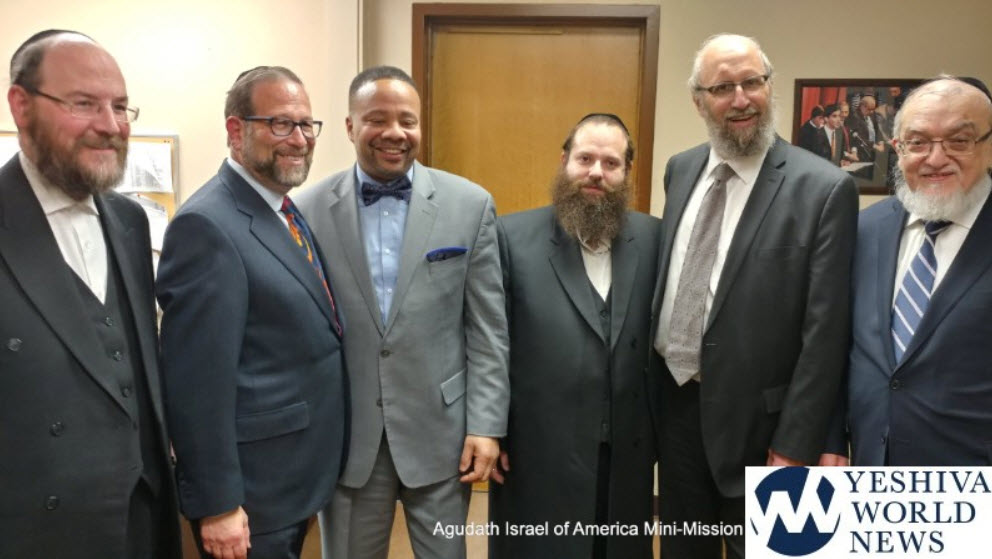 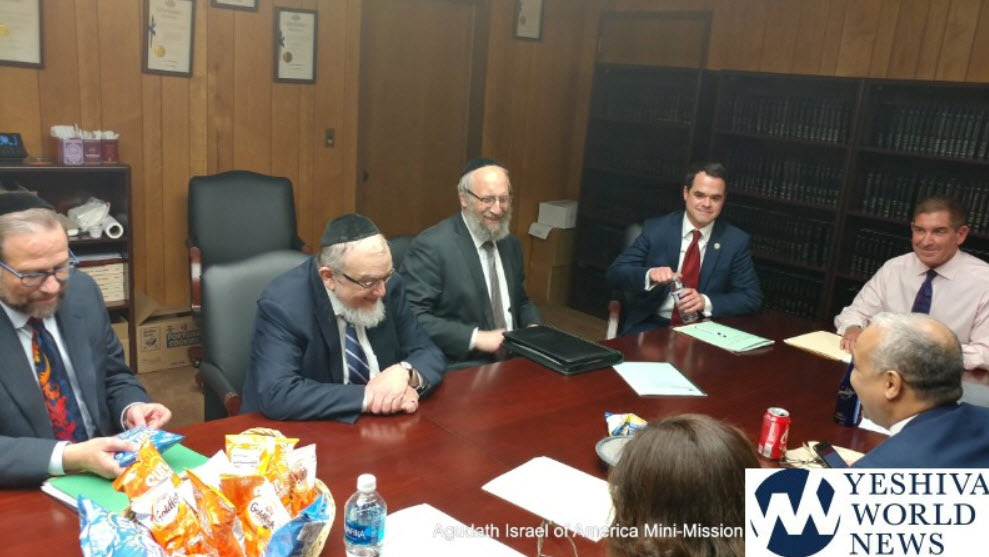 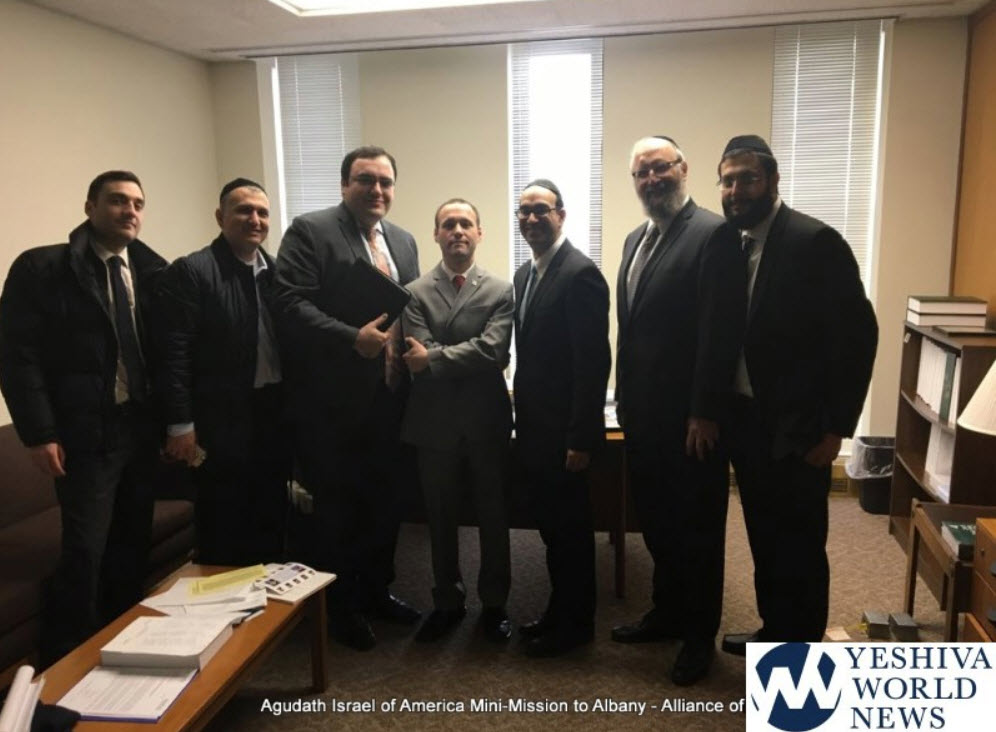 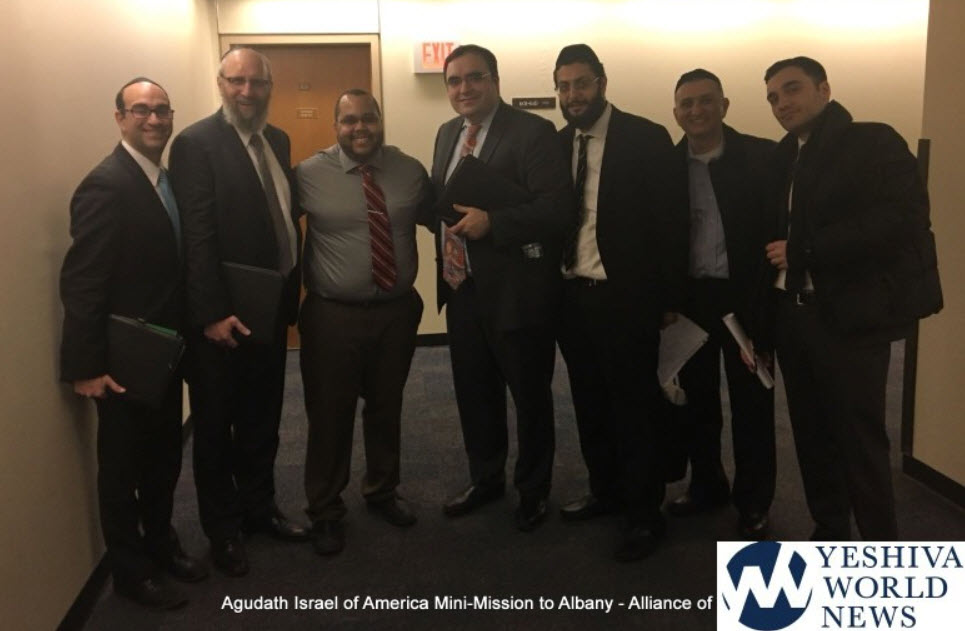 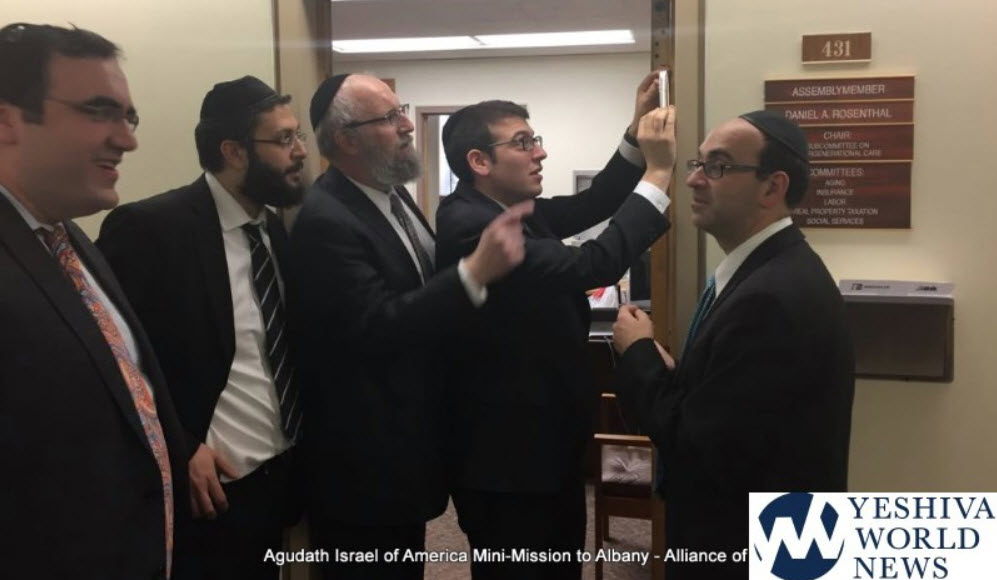 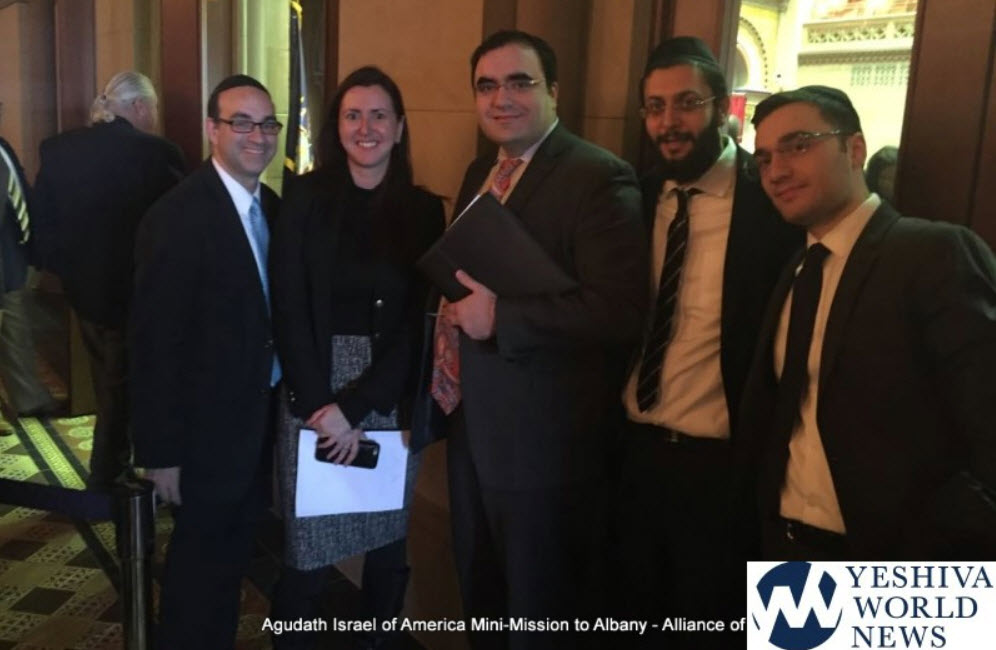 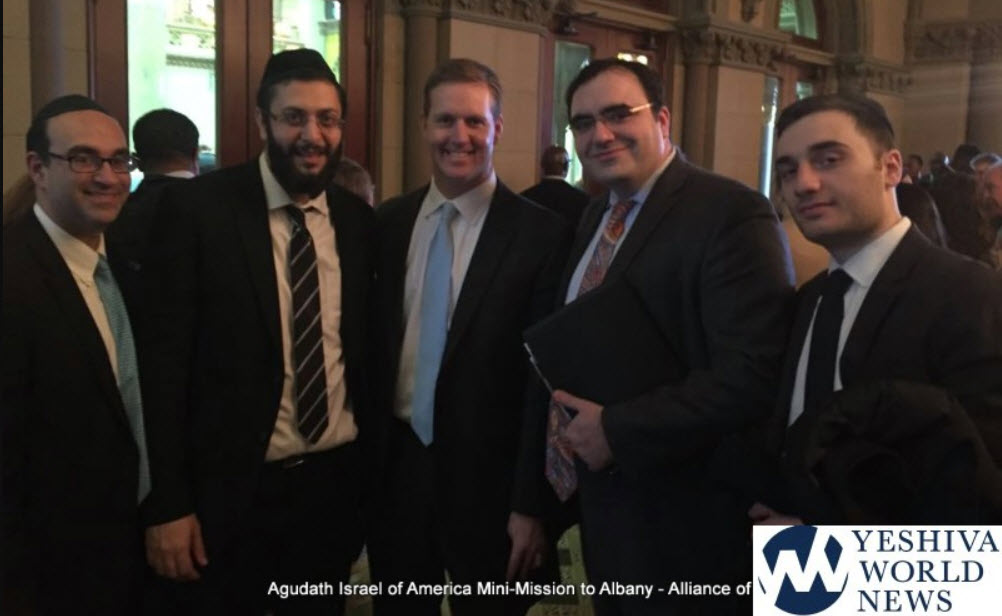