NEW YORK – A 56 year-old frum man on his way to shul in Rego Park for Mincha on Shabbos was attacked by a man who yelled anti-Semitic slurs and insults at him and kicked him.

The attack occurred shortly before 6 PM, in front Neighborhoods Chemist pharmacy off of Queens Boulevard, located at 66-02 99th Street. The man, who was holding his siddur, was screamed at and kicked by a stranger. The victim ran to shul, with the attacker chasing him for several blocks, but the attacker turned and ran off when the victim rushed inside the shul. People by the shul were able to take photos and video of the attacker hurrying away on their phones.

The victim sustained bruising to his legs and was very shaken.

The victim, along with Rabbi Nochum Kaziev and community activist and City Council candidate Avi Cyperstein, reported the incident to officers at the local 112th police precinct after Shabbos. New York Hate Crimes Task Force detectives came to interview the victim and address the situation.

Rabbi Kaziev said, “We cannot tolerate a hate crime like this in our community. Every Jew – every person – should feel safe walking to synagogue, their house of worship, or just walking on the streets. It is something that should not happen in Forest Hills, Rego Park, or any neighborhood. We do not talk this incident lightly.”

“The residents of Queens deserve to walk to their houses of worship proudly holding their prayer books and wearing their head coverings. We should not have to live in fear of being attacked just for being Jewish,” said Cyperstein. 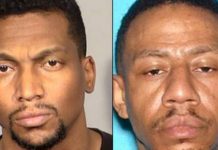 The leading figure of the Soviet and Tajik cinema