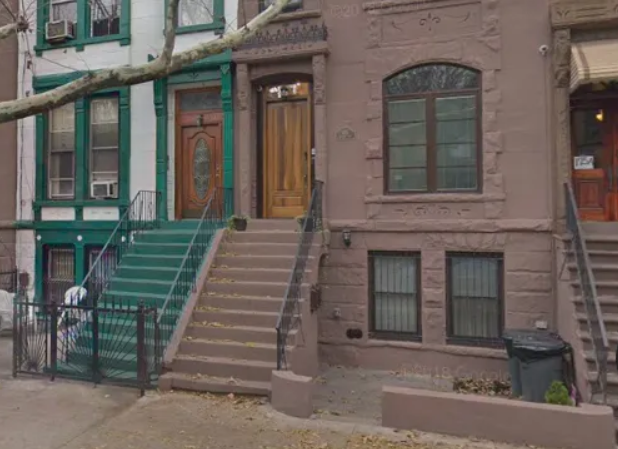 Five alleged real estate thugs are each facing 30 years in the federal slammer and $1 million in fines for a Central Brooklyn foreclosure scheme that involved duping both homeowners and lenders in an alleged short sale scheme.

The alleged scheme took place from December 2012 to January of this year. During this time, the schemers gave lenders like Fannie Mae and Freddie Mac and homeowners “false, misleading and incomplete information to induce them to execute short sales at fraudulently depressed prices.”

Among the Brooklyn properties named in the indictment were 175 Vernon Avenue, 1219 Jefferson Avenue, 1055 Herkimer Street, 177 Lewis Avenue, 2403 Dean Street and 65 Glen Street – most of which are located in Bedford-Stuyvesant with one in Buchwick, one in Cypress Hills and one on the Bed-Stuy/Crown Heights/Brownsville border.

Some of the fraudulent sales altogether cost the lenders millions of dollars and sometimes hurt the short sale victims too. In one case, the U.S. Department of Housing and Urban Development (HUD) lost millions of dollars on false insurance claims too, in one case paying Fannie Mae almost $700,000 on an insurance claim that was unwittingly filed with fraudulent information obtained from the defendants, according to the indictment.

Aronov, the president of My Ideal Property Inc., started the scheme with the help of the other defendants and three other co-conspirators whose identities have not been made public, according to the indictment.

Tarnshish and Dafna went on to do the same thing at Exclusive Homes, a real estate company they both owned. Attorney Herskowitz helped with some of the transactions.

The victims were mostly homeowners in Brooklyn who defaulted on mortgages and were in foreclosure proceedings. The schemers would reach out to these people and convince them to let My Ideal Properties or Exclusive Homes short sell the property, which is enticing to someone who may lose a property to foreclosure, according to the indictment.

The defendants needed the victims to sign a number of agreements that would allow the defendants to proceed with the short sale and commit the scheme. Conspirators paid or promised to pay the victims as a way to get them to sign the documents, according to the indictment.

The transactions did not follow normal protocol. The defendants did not market the house and instead made sure the house was bought at the lowest possible price, even turning away prospective buyers by telling them the house was “under contract,” according to the indictment.

The defendants would turn around and tell the lender that an outside negotiator represented the homeowner, but the negotiator was actually conspiring with the other defendants and was illegally being paid fees, according to the indictment.

The defendants would purchase the properties using corporate entities that they controlled so that they could then sell the properties to a buyer at the non-deflated price and usually make hundreds of thousands of dollars, according to the indictment.

The defendants had a backup plan if a sale offer was rejected. After some time, they would make another offer using a corporate entity that they controlled, knowing that lenders and sellers become more likely to accept a short sale when a property stays on the market for a long time, according to the indictment.

Once the short sale process started, the defendants would take control of the property and coerce the other tenants to leave, and they sometimes even intentionally damaged the property to decrease its value, according to the indictment.

The defendants sometimes even tricked borrowers into selling the deed to the house because it was hard for the sellers to turn down cash in return, but those homeowners did not realize that they forfeited their ability to sell to other buyers and were handing over the ownership rights of the property, according to the indictment. They were led to believe they were just going through the process of a short sale, according to the indictment.

At 1319 Jefferson Avenue, Tarshish used a corporate entity he controlled to write a $20,000 check to the seller of the property in exchange for the deed in July of 2014. One month later, Aronov and Konstantinovskiy got approval for the short sale of $550,000 to go to a company they secretly controlled, according to the indictment.

After the approval but before the house was even sold, in September of that year, Dafna, Tarshish, and Aronov were already secretly negotiating with a buyer to purchase the property from the corporate entity controlled by Tarshish for $720,000, according to the indictment.

After another potential buyer entered the picture but also offered $720,000, Tarshish wrote in an email that “720 [is] 720, I’m trying to get more,” according to the indictment. Fannie Mae believes it lost $290,268 on the mortgage loan.

Along with the seven counts that the defendants face, they may also have to forfeit any gains they made from the alleged scheme.

“As alleged, the defendants defrauded mortgage loan holders out of millions of dollars, with taxpayers saddled with much of the loss,” said U. S. Attorney Richard P. Donoghue. “This Office will continue working with our law enforcement partners to vigorously prosecute those who commit mortgage fraud and enrich themselves at the expense of the financial institutions and government programs that insure or guarantee the loans.”

Donoghue thanked a number of federal prosecuting and investigative agencies and offices in regard to the bust, but made no mention of help from either State Attorney General Letitia James or Brooklyn DA Eric Gonzalez’ office.

The bust comes as many Central Brooklyn property owners continue to alleged serious foreclosure and deed fraud issues, as well as issues involving the City’s Third Party Transfer program and nonprofits relating to it.

This story of the federal indictment was first reported in Buzzfeed.

The Queens 50,000: Locating my identity in “Remapping America”