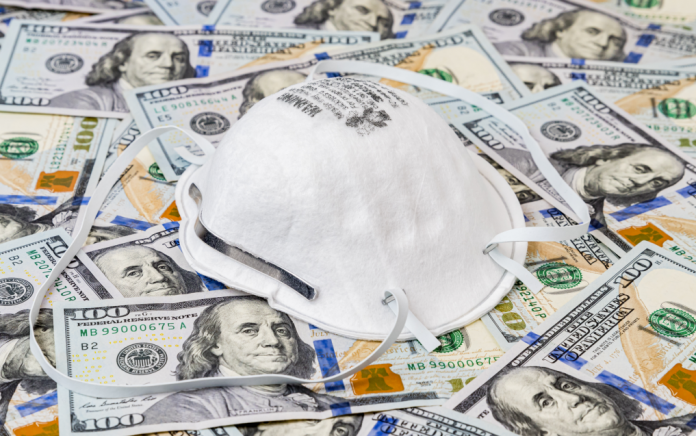 Three men from Queens have been arrested after allegedly engaging a price gouging scheme in which they sold 1,000 medical masks for 10 times the regular price, Queens District Attorney Melinda Katz announced on Monday, April 20.

“We are in the midst of a global pandemic. Thousands of people have died and medical workers do not have enough personal protection equipment to do their jobs safely,” Katz said. “Sadly, these three men allegedly thought about pocketing a profit as a result of the coronavirus outbreak by price gouging. This is unconscionable and will not stand in Queens County.”

The investigation, carried out by the NYPD, Homeland Security Investigations and the U.S. Postal Inspections Service, found that Yuriy Borukhov, 33, Maisey Khovasov, 23, and Michael Borukhov, 23, were selling 3M R95 face masks – which normally sell for $1 – for $10 each, the DA said.

“Exploiting people’s need to protect themselves for personal gain is always wrong,” NYPD Commissioner Dermot Shea said. “It is unconscionable in an ongoing pandemic, when everyone from healthcare providers to police officers to everyday New Yorkers needs this lifesaving equipment, and I commend our detectives and law enforcement partners for working together to discover and end this scam.”

The trio was arrested after an undercover detective with the NYPD Financial Crimes Task Force responded to a online ad offering the face masks. After two weeks of arranging the purchase, the trio arranged a meet up with the undercover cop around 10 a.m., Friday, April 17, according to the DA.

Yuriy Borukhov and Khavasov met the detective, asked if he was the buyer, and after getting a confirmation, Michael Borukhov came over and all four men walked toward a car, the DA said.

Michael Borokhov then opened the trunk of the car and presented the undercover detective with two boxes containing 240 R95 face masks, according to Katz. The detective then paid the men $10,000 in cash and all three were promptly arrested for price gouging.

After the arrest, law enforcement found another 820 masks in the car, Katz said.

In April, the New York City Department of Affairs created an emergency rule that declared price gouging unconscionable during a public health crisis.

All three men were issued desk appearance tickets and ordered to appear in court on Aug. 15.

Ruben Shimonov is working to tell the ‘broader story of Mizrahim’