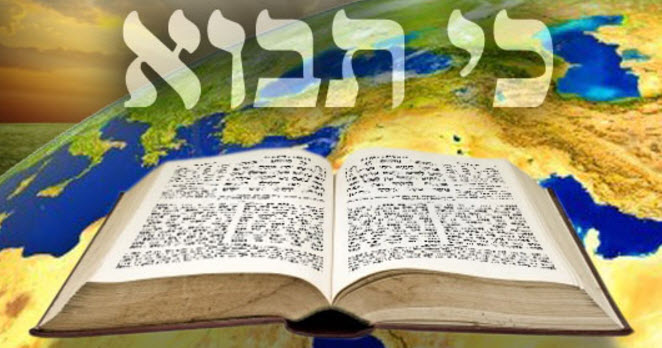 A Series of Terrific Blessings and Terrifying Curses

“Rabbi Elijah Kramer of Vilna”, called out the bailiff, “You stand accused of assisting John the Christian in abandoning the faith of his fathers to join your inferior Jewish superstitions!”

The bailiff awaited the rabbi’s reply, but only received silence. The Rabbi, wrapped in his Tefillin (phylacteries) and covered with his Tallit, was totally immersed in the book open before him and did not make any effort to reply.

At every point in the case, the tribunal requested a reply, but the rabbi totally ignored the proceedings. “Another year in Siberia for contempt of court!” they proclaimed, yet the rabbi kept on perusing his book.

The tension rose, as the sentence was about to be read. The disciples informed their rabbi, “Our master, you must do something right away or we may never see you again!” The rabbi then proceeded to uncover the Tefillin that were covered by his Tallit, and suddenly a great trembling reverberated throughout the courtroom. The tribunal members shook from fear, immediately adjourned the court, and told the rabbi he was free to go.

This story about the Vilna Gaon is based on a verse in our Parsha which states, “All the nations will see that God’s name is called upon you and will fear you” (Deut. 28:10). The Talmud states that this refers to the Tefillin of the head. (Of course it probably would not work for us, as one has to be in touch with the spiritual qualities of the Tefillin and not act and feel like many of us, as if it was a potato on one’s head!)

In Ki Tavo, Moses concludes the transmission of the 613 Mitzvot and begins the final section of Deuteronomy, Moses’ farewell to his people. He places before them possible blessings and curses, and in broad strokes depicts what will occur if they fulfill the Torah (and if they do not). For the second time (the first being in Leviticus, Parshat Bechukotai), the Torah depicts the pain and suffering that will be the Jewish people’s lot for forsaking the Torah.

Nachmanides points out that the first rebuke refers specifically to the destruction of the First Temple, while our Parsha is referring to the Second Temple. However, between the lines are hints of all Jewish suffering up to and including the Holocaust (and beyond).

The Parsha begins with two laws, the first fruits and the second tithe.

Before the harvest, a person would enter his field and find fruit on his tree. The natural first reaction is to pick and eat it, however the Torah requires us to control our desires and tie a red string around it as a reminder. When the fruits are ripe, the farmer gathers all the first fruits into a basket and travels to Jerusalem to present them to the Kohen.

This is the principle of gratitude, as contrasted with Amalek at the end of Parshat Ki Tetzei, who were the epitome of ingratitude and attacked the Jews.

The Mishnah describes the procession of Jews bearing their first fruits on the backs of the oxen, all ornamented for the occasion. As the people of every town would arrive in Jerusalem, the locals would come out to greet them: “Welcome pilgrims from this and that town!” They would then gather at the head of the Temple Mount and each landowner would transport his fruit basket up the mountain on his shoulders (including the king of Israel) – and present it to the Kohanim.

At the time the First Fruit was presented to the Kohen, a proclamation was required from the landowner. It basically was a short synopsis of Jewish history summarizing the slavery and Exodus from Egypt. (The Passover Haggadah adapts these verses as the outline of the story of redemption, as narrated at the Seder.) We recall every detail of Jewish suffering, and therefore appreciate all the more so, that we are in our own land and can bring the first fruits.

The proclamation starts in the singular, changes to the plural, and then back to the singular, in order to indicate the individual’s personal identification with the history of the nation. This is Jewish “national collective memory” throughout the millennia.

After giving the first tithe of the crops to the tribe of Levi (who received no portion in the land), a second tithe was separated from the crops. This was eaten by the owner and his family in Jerusalem, in purity and holiness. In case logistics prevented transporting so much produce such a large distance, one could redeem the holiness onto coins, and transfer the holiness back to food purchased in Jerusalem.

The goal was to raise the spiritual level of the nation even when doing physical acts – which is the main idea behind all the Mitzvot. Therefore this was the last Mitzvah formally taught the people; there are more Mitzvot hinted at later. (Rabbi S.R. Hirsch)

The people are commanded upon entering the land to set up giant plastered stones, and to inscribe on them the text of the Written Torah. This should be “explained well” – which Rashi says means written in 70 languages, in order that the whole world should also be aware of the profound teachings of Torah. According to tradition, the nations sent representatives and copied the Torah into their language and thus were all aware of the Written Law.

The Jewish people are commanded to assemble at the twin mountains (already mentioned in Parshat Re’eh) when they cross the Jordan River. Mount Grizim is verdant and green with trees and foliage. Mount Aival is bleak and desolate.

The lesson being taught is the concept of free will. Both mountains are situated in the same area. They both enjoy the exact same rainfall and sunshine. The fertility of the soil is equal, and yet one grows foliage and the other is bleak.

The analogy is like two people with the exact same givens, and yet one grows in one direction and the other in the opposite way. We have the free choice to decide our spiritual direction. (Rabbi S.R. Hirsch)

One half of the nation is instructed to ascend one mountain, and the other half the other mountain. The tribe of Levi stood in the middle and proclaimed the blessings facing Mount Grizim and the curses facing Mount Aival. (Although the text only mentions the curses, the tradition is that the blessings were given for those who did not commit these acts.)

The commentators explain that the common denominator of the curses is acts that are not common knowledge. At this point, the Jewish people became responsible for each other.

Question: What is the meaning of the extra words “to fulfill them”?

Answer: There were always those who believed that if we would just be a bit more lenient in Jewish law, we would succeed in attracting the masses instead of repelling them by our strict codes of living. (Not performing a Mitzvah, in order to “fulfill” the rest of the Torah.) This was proven to be a false premise over and over again. (If you allow the people to drive their cars on Shabbat only to the synagogue, in the end they will drive on Shabbat anywhere but the synagogue!)

The good news is that if you keep the Torah:

The bad news is that if you don’t keep the Torah:

(3) “The heavens will be copper and the earth iron” (Deut. 28:23). Although in Leviticus the Torah states the opposite, the Sages explain that Moses was more lenient than the curse of God. Copper (as in copper pipes) sweats; iron doesn’t sweat. If the heavens are copper there will be some moisture, and if the earth is iron, at least the crops already there will not spoil. By contrast, in Leviticus the curse is that the heavens will not give a drop of rain, and the earth will be moist and the crops already there will rot.

THE CAUSE OF THE PAIN

We don’t appreciate our blessings until we, God forbid, lose them! Serving God with joy is source of all blessings in this world!

“God will bring upon you a nation from afar as the Eagle flies. A nation that you will not understand its language, a brazen nation that will show no pity on old or young.” (Deut 28:49)

Nachmanides sees an open reference to Rome, whose symbol was the eagle, came from afar, spoke Latin, and had no compassion on their subjects. (The distance from Rome to Israel equals the span of an eagle’s flight.)

“Until the walls and fortifications that you depended on all fall down.” (Deut. 28:52)

From 1967-1973, Israel depended on the “Bar Lev Line” to hold back the Egyptians. The Yom Kippur War was to change that complacency. It took Anwar Sadat all of 24 hours to get over the Bar Lev line. The same myth of security was shattered at the September 11 attacks.

Among the predictions of calamities, we find a number of open prophecies that a human author could not be aware of. Here are some examples:

In the history book of Josephus Flavius, “The Jewish Wars” (4:6), Josephus describes the cruelty of the Romans who – after murdering the Jews (during the second destruction) – left the bodies to rot in the heat of the sun and forbade them to be buried.

(2) “And you shall be a proverb and a byword among all the nations that God will drive you there.” (Deut. 28:37). This refers to anti-Semitism.

“Anti-Semitism is like no other phenomenon in the history of the world. No other nation has hated any other nation with such intensity. We have not yet merited any logical explanation to explain this phenomenon and its very frequent reappearance without any reason or logic.” (Dr. Ben Shalom, Hebrew University)

(3) “And the Lord will bring you back to Egypt in ships. You will be sold to your enemies for slaves and no one will buy you.” (Deut. 28: 68) There is a land route between Egypt and Israel, yet the Torah predicts they will be transported by boat.

“Innumerable was the multitude of those who were sold as slaves. At the annual market in Hebron, they were offered for sale in such numbers that a Jewish slave was of no more value then a horse. What could not be disposed of there was brought to Gaza and sold or sent to Egypt, on the way to which, many died of hunger or by shipwreck.” (E. Schwrer: “A History of the Jewish People,” Edinburgh, 1890, p. 314) 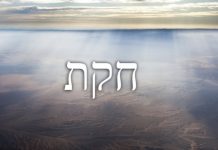 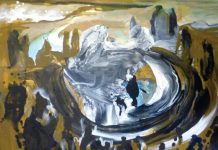 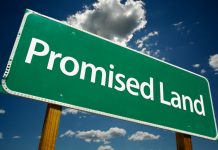 Lively Overview: The Book of Ruth