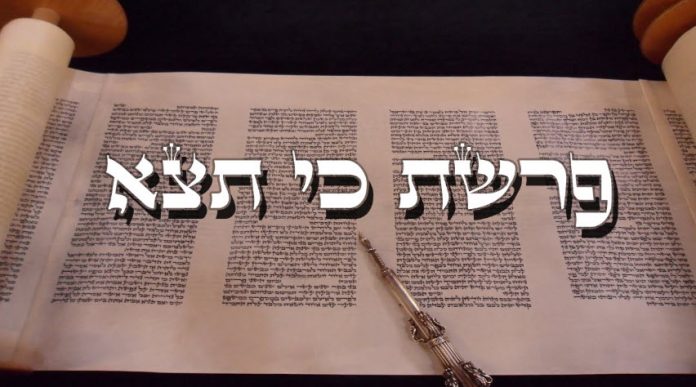 The planes were flying overhead in formation, discharging their deadly cargo over the entrenched infantry soldiers. Pvt. Johnson was manning his post at the far end of the camp when a brainstorm struck him. If he could only reach that cannon a half kilometer away, he could blow those planes out of the sky.

Without bothering to consult with his commanding officer, Johnson was off. Risking his life under heavy fire, he finally reached the cannon and started his barrage. It was like the “Penny Arcade” as Pvt. Johnson single-handedly shot down every plane, winning the battle for the Allies.

As soon as Johnson returned to his barracks he was lifted on the shoulders of his buddies for a victory celebration. Suddenly the door was stormed open and in walked the M.Ps.

“Are you Pvt. Allen Johnson?” they gruffly demanded.

“Yes I am,” he replied proudly. “Do you want to present me with my medal?”

“Not quite!” they replied. “You are under arrest for leaving your post in the midst of the battle!”

All of Johnson’s protests were to no avail. He was sure he could do a better job in the artillery – and look at the results!

Unfortunately, the judges did not see eye-to-eye with Johnson. As of last report, he was still peeling potatoes on K.P. duty.

The point of this story? We all have our roles to fill. To leave them is desertion, even if we think we can accomplish more in some other position.

Parshat Ki Tetzei is a large compilation of laws which Moses taught the people before his death. One of them is that men and women are required to dress differently so as to differentiate between them. The concept (not always accepted in Western society) is that men and women are inherently different, although equally important. Just as the artillery and infantry, the army and the navy, even the table and chair are equally valuable yet inherently different, so men and women from the Torah perspective are different and must be aware of this.

Marriage is the vehicle that combines the uniqueness of men and women to create a full relationship, and a Jewish home built on strong foundations.

The Parsha begins with a list of laws that seemingly have no connection, but the Talmud connects them.

The Torah recognizes the fact that a soldier in battle, fearing death any minute, cannot always control himself. For example, a Jewish soldier who comes upon non-kosher food and is ravishing from hunger, is permitted to partake of it. So too, if a soldier sees a woman among the captives, he may not be able to control himself. The Torah allows him to take her home for one month to decide if he wants to marry her.

The principle here is specific. Based on what criteria should one choose a spouse? Obviously this soldier was not attracted by wonderful character traits or deep intelligence. Should one choose a spouse based entirely on physical attraction? This seems to be a recipe for disaster, as the physical attraction wears off faster then you would like to believe.

The Torah tells this soldier to take her home for a month and she should “cry in his living room.” If he is so impressed that he still wants to marry her, there is a chance this relationship will work out. If not, however, he must set her scot-free.

Although the Torah gives the soldier the option of marrying the captive woman, it does not recommend it. The proximity of this law screams, “If you do take her, you will end up with marital strife.”

This law is conceptually a continuation of the above. If the soldiers does marry the captive woman, he will likely end up with marital strife, which leads to a rebellious child. The exact details of this law – in which the parents themselves give their son over to the courts to be put to death – are so unlikely, that the Talmud says “it never happened and never could possibly happen.”

Some of the conditions are:

(2) The child stole money from his parents and bought and consumed a very large amount of wine and meat with his trouble-maker friends.

(3) The parents are physically healthy (neither blind, deaf, mute, or missing a limb), and are very similar to each other.

Question: If this case is theoretically impossible, why does the Torah mention it?

Answer: The Sages say that the reason is to teach us a theoretical lesson: Be careful how you bring up your children! See what can conceivably happen!

The commentaries explain that the reason why this child is (theoretically) executed is because he is addicted to this lifestyle and will not be content when his parents run out of funds. He will then rob and steal, and eventually murder (similar to the drug scene as we know it) – so the Torah commands us to take preventive measures for the protection of society, and also for early intervention for the child’s soul.

The next thing the Torah discusses is one who received the death penalty. The implication is that if the parents of the rebellious son have misplaced compassion upon him, he will eventually turn to crime and receive the death penalty anyway.

The Torah commands us to hang the bodies of certain criminals after their death, as a form of atonement for their souls. The Torah forbids leaving the body hanging overnight, and the Talmud says that the custom was to hang the body for a few moments, and then immediately to take it down.

The first topic traditionally taught to young students beginning Talmud study, are the laws of returning lost objects. The goal is to impress upon them the sanctity of someone else’s possessions.

If you find a lost object with an identifying sign, you must try to locate the owner, who must then properly identify the item. If the item costs money for upkeep (such as feeding an animal), the finder must sell it and keep the money for the owner. If the animal can earn its upkeep by selling its milk, fleece, eggs etc., the finder should keep the original animal for a short period, as the owner would definitely prefer his original; however past this time he may sell it.

The Talmud tells of a certain rabbi who found a chicken. He sold the eggs and bought another chicken, then a goat and sold the milk, and then a lamb and sold the wool. A year later, a man appeared seeking his lost chicken and received a barn full of animals. This of course, was going above the absolute call of duty.

A religious children’s magazine included a letter to the editor from a young boy inquiring about finding clothespins under an apartment building’s shared lines, and not knowing to whom they belonged. How often do you find such questions in a children’s magazine?! If children are sensitive to clothespins, they certainly won’t take bicycles or more valuable items. This is the sensitivity the Torah wants us to show.

This is considered to be the easiest Mitzvah in the Torah. It costs no money, requires no preparation, and takes a minimal effort. If one happens to come upon a bird’s nest in the wild and desires to take the eggs or the chicks, he must first shoo away the mother and then take the eggs or chicks.

The concept is that even in the animal world, there exists motherly feelings (which Rabbi Hirsch refers to as “the noblest profession in the world”), and the Torah wants us to be sensitive to these feelings. We may not cause the mother anguish by taking her offspring before her eyes.

Presumably afterward, she forgets about them and starts a new nest, although the Zohar claims that the outcry of the mother bird, upon finding her offspring missing, opens the gates of mercy in the world!

The Mishnah says that one who proclaims that “God’s mercy extends until the bird’s nest” is silenced, because he is falsely claiming that the purpose of the Mitzvot is mercy. The commentaries explain that the point is not that God has mercy on the birds, because if so, He would have forbidden the slaughter of birds. The point is that God wants people to be merciful. If we are sensitive to the feelings of a bird, then certainly we will care for our fellow humans.

The reward for this Mitzvah is long life. The only other positive Mitzvah which the Torah specifies reward, is honoring one’s parents – which is considered one of the most difficult Mitzvot. From the fact that the easiest and hardest Mitzvot both receive the same reward, we learn that one cannot rate Mitzvot, and we must do them whenever we have the opportunity.

FENCE ON THE ROOF

The Torah commands us to fence in our roofs. This refers to a flat roof that people go on. “The faller will fall” (Deut. 22:8), the rabbis explain, even though only one whom it was decreed from heaven that he should fall would actually fall, in spite of this we are responsible that our roofs not be the vehicle of his death. As the rabbis put it: “Good things come about through good people, and bad things through bad people.” This basic law of safety precautions teaches that “if it happened in your domain as a result of your negligence, you are responsible, and don’t blame God!”

The Torah prohibits the cross-breeding of species. God created diversity in His world and wants the species to remain distinct.

Furthermore, the Torah prohibits one to plow (or transport any load) with an ox and donkey together. The Oral Law expands this to any two species. The simple reason being that different animals pull at various rates and this will inevitably cause pain to both species.

The Torah prohibits the use of wool (representing the animal world) and linen (made of flax representing the plant world) in the same garment. The Oral law explains that this refers only to wool and linen, and not to other fabrics such as cotton.

The commentators connect this law to the controversy between Cain (the first farmer) and Abel (the first shepherd). Today there are special laboratories that test samples and determine if a garment contains a mixture of wool and linen. The pockets, lining, and buttons can be replaced; if however the actual material contains this mixture, the garment may not be worn.

The Torah places restrictions on the offspring of certain forbidden unions (such as adultery and incest). This is not to be perceived as a punishment, since of course the children are not guilty. Rather, this is like a child born with a physical handicap because the mother took drugs or alcohol during pregnancy. The point is that, sadly, they are born with a “spiritual birth defect” – and this puts a grave responsibility upon parents to be careful who they unite with.

However, this does not in any way imply that a mamzer is a second class Jew! He is only limited in the area of whom he may marry. In all other areas, he is a total Jew in every regard.

An example of this is found in the Mishnah concerning the ransoming of captives. The Jewish community has an obligation to ransom captives (if the pirates do not request an exorbitant sum). If the community cannot redeem all the captives, the Mishnah sets down the order of priorities. The Mishnah tells us that a Torah scholar comes before a High Priest, because the Torah scholar is a greater asset to the community.

What about the case of a mamzer who is a Torah scholar, vs. a High Priest who is an ignoramus? The Mishnah says to save the mamzer Torah scholar. From this we learn that the mamzer can be very great and is only limited in a specific area. 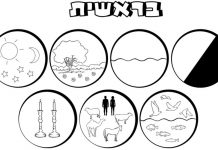