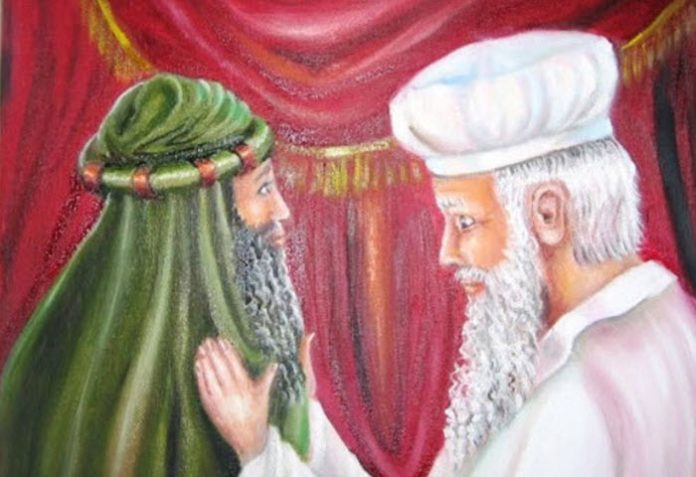 Gossiping Can Result in a Serious Spiritual Disease

When Sam said he planned to start a business with Edward, Avi couldn’t believe it. “Is he crazy?” thought Avi. “How could anyone in his right mind become the partner of such a lowdown, dishonest crook?!”

But before speaking, Avi thought it over. “Sure, Edward is a con man and will take Sam for a ride, leaving him with a lot less cash then he has now. On the other hand, we mustn’t speak Loshon Hara (gossip) about others, unless it’s with the sole intention of preventing someone from loss.

“I hate Edward for all the rotten things he’s done to me, so I certainly can’t be considered objective enough to tell Sam,” Avi thought to himself. “If only there was someone else who doesn’t hate Edward as much as I do, who could inform Sam that he is a crook!”

Avi is in a real pickle. On one hand, by revealing this information he’ll be inappropriately “getting even” with Edward. On the other hand, he can’t be silent if his friend stands to take a loss. What should he do?

Avi started the following conversation with himself: “I don’t hate Ed! I don’t hate Ed! He is a human being and I must love him. I only hate the evil that he does. But since he happens to be a crook, I must inform my friend. But I do love Ed!”

Sometimes it’s hard to be a Jew. (But always worthwhile). The laws of Loshon Hara are very complicated. To learn the various factors involved, read the book “Guard Your Tongue” by Rabbi Zelig Pliskin, which is based on the book “Chafetz Chaim” — both of which are Jewish best sellers!

This double-parsha of Tazria-Metzorah deals with a discoloration of the skin called “Tzara’at” that was contracted after speaking Loshon Hara – (a social disease). Tzara’at is often mistranslated as “leprosy,” but in fact it has no connection with the skin disease.

At the end of Parshat Shmini we were introduced to the concept that contact with certain dead animals can cause spiritual contamination. Touching a dead body, or any fluids associated with death, renders one spiritually impure. Many misunderstand this concept and think there is something negative about being impure. Actually, there is nothing wrong with being in that state and it is often a big Mitzvah to become impure. For example, burying the dead, marriage, and child bearing are among the most important Mitzvot in the Torah – and all involve an aspect of spiritual impurity! The prohibition is only upon entering the Temple or partaking of offerings while in this impure state.

Question: What is the common denominator of the causes of spiritual impurity?

Answer: They are associated with a container for life that has been emptied of its contents. This leaves behind a negative impression. Just as loss of materialism (e.g. losing a wallet containing a lot of cash) is perceived emotionally as well as monetarily, so the shell of a life; the dead body that once held the soul; the body of the woman that contained the baby; semen and menstrual blood (to a lesser degree) all cause a negative impression which must be removed through a purification process before being allowed the spiritual high of relating to the Creator of the Universe in His Temple, and partaking of His consecrated foods. (heard from Rabbi Yaakov Levi)

“The highest and noblest occupation on which the whole future of the human race is built, where womanhood finds its purpose and goal, the whole process in the body of a mother for the production of a new human being is of pure physical nature. Man originates, grows and exists like a plant. Since childbirth is such a natural process we can lose sight of the fact that once he is born, man is a morally free agent. The mother herself, after having to submit completely passively and painfully to the forces of nature at the most sublime procedure of her earthly calling, has to re-establish the consciousness of her own spiritual height. Her calling of Woman and Mother is now restarting with all its momentous and often painful moments.” (Rabbi S.R. Hirsch)

There is a difference whether a woman gives birth to a son or daughter. The initial impurity period, and the following pure state (meaning that blood seen during this period does not carry spiritual impurity), is double for a female birth (14 days and 66 days) than for a male birth (7 days and 33 days).

The reason for this difference is hinted to by the Torah’s juxtaposition of the Mitzvah of circumcision, which is seemingly out of place here. The circumcision diminishes the unclean state because it makes one aware that we are free agents to control our physical drives – as symbolized by the Bris. However the mother of a daughter must go through a double measure of purity, because her influence on her daughter is double that of her son. As the role model, she must arm herself doubly – for the child and for herself – to tread the lofty path of purity and morality.

The spiritual-based disease called Tzara’at has nothing in common with the contagious skin disease leprosy. In Temple times, when a person would gossip about his contemporaries, and assorted other social illnesses such as stinginess and conceitedness, he would one day find a green or red blotch spreading on the wall of his house. He had to call the Kohen to proclaim it clean or unclean. Even if the Kohen had no clue, he would consult the experts and then proclaim. The final verdict was determined by the word of the Kohen, in order to emphasize the power of the spoken word.

Before the Kohen arrives, he is instructed to empty the contents of the house, in order to prevent them from becoming unclean at the verdict of the Kohen (dispelling any notion that we are dealing with a contagious disease, because this would obviously cause an epidemic!). This may cause embarrassment to the stingy person who always claimed he never owned the items people wanted to borrow. All of a sudden, in full view on his front lawn is a hammer, shovel, typewriter, lawnmower, etc.!

If the Kohen sees an unclean growth, the house is sealed for a week. If the spot spreads, the Kohen decrees to remove the contaminated stones and replaster the wall. If it continues to spread, the house must be demolished.

The Midrash says that the Canaanites hid their riches from the invading Israelites by putting them deep into walls, and very often when destroying a wall the Israelite would find treasure!

The Kohen then rebukes the gossiper for his negative speech. If the gossip persists, the next level is a spot appearing on his garment, which eventually has to be burned.

Again the Kohen rebukes the gossiper, and if he persists, the spot appears on his body. The Torah describes in vivid detail the various forms of Tzara’at on the body – in order to know when to go to a Kohen and when to visit your dermatologist! The growth is white in various shades (compared to snow and wool), it can appear over a healed wound or burn, or on the head (either on the hair, beard or bald patch).

The person afflicted with Tzara’at is put in quarantine for a week to see if it spreads. Surprisingly, if it covers the entire body, he is clean, but if a small uncontaminated area of skin appears, he is unclean. Various reasons are offered for this paradox. If it covers so much area, it must be very shallow and on its way out of the system.

Although the order of the Torah is first body, then garments, and finally house, that was in the order of severity. The Midrash, however, explains that the order of events was: First the smallest blow on his house, then his clothes, and then increasingly harsher until his body is affected by his persistence to speak gossip.

THE CLEANSING PROCESS OF TZARA’AT

When a person is proclaimed unclean from Tzara’at, he must tear his garments and not cut his hair. He is expelled from the community and must be all alone until the symptoms go away. This is “measure-for-measure,” because having gossiped, he put a divisive wall between people, so now he must sit alone and ponder those consequences.

The reason for the long hair is to symbolize the fact that he is expelled from the public, symbolized by the hair, which is a separation between man and his environment. When he reenters society the hair is removed, similar to the Nazarite who upon reentry to society must shave off all his hair.

When the Tzara’at growth disappears, the Kohen is summoned out of the camp to confirm the facts.

The afflicted person now goes through a purification process. He takes 2 live birds, a log of cedar wood and hyssop bush, and wool (dyed red with the blood of a worm). At the Kohen’s command, one bird is slaughtered over a spring of “living” water and the live bird with the cedar, hyssop, and wool are dipped into the blood of the dead bird and sprinkled over the afflicted person 7 times. The live bird is then set free.

The “leper” must wash his clothing, shave off all of his hair (including beard, eyebrows, and all hairy parts of the body), and immerse in a Mikveh (ritual bath). He now may enter the camp, but is still forbidden to resume marital relations for another week. He then again shaves his hair, immerses in the Mikveh, and brings offerings to the Temple. The Kohen puts blood of the offering on his right ear, thumb, and toe. The oil is sprinkled on him 7 times and then also placed on the right ear, thumb and toe. He is now fully clean.

That’s a lot of symbolism! Rabbi Hirsch explains: The chirping birds represent human speech which can be very positive or negative. We kill the negative one (Loshon Hara), and keep alive the positive one (words of Torah). The mighty cedar is lowered to the small hyssop. And the highly developed lamb is likened to the worm, meaning that a person should humble his pride and stop feeling superior to others, which is the cause of the gossip that brings Tzara’at.

Loshon Hara is the source of many social ills. It has caused the dissolution of numerous friendships, the termination of countless marriages, and has generated immeasurable suffering. Hatred, jealousy, and contention spread through the medium of Loshon Hara, just as diseases spread through filth and germs.

The speaking of Loshon Hara has resulted in people losing their incomes, and it is not an exaggeration to say that it has led to many an untimely death. The evils of Loshon Hara are universally recognized, yet too often through various rationalizations people condone making derogatory statements about others.” (Rabbi Zelig Pliskin)

In order to stop gossiping it is necessary to develop a positive attitude toward others. If a person’s basic attitude is negative, then no matter how hard he may try to control it, in the end it will emerge. A house full of straw, no matter how well it is sealed, will have straw sticking out of the seams. (heard from Rabbi Shlomo Wolbe)

I know of one woman who would never accept Loshon Hara, because her response to derogatory things about others was always: “How can we help the situation?” This is the attitude the Torah wants us to reach. The Sages say every second a person controls his lips and doesn’t speak badly of others, he merits the hidden light of the righteous that even the angels cannot fathom!

What a better place the world would be if we all refrained from Loshon Hara! This is a key ingredient of “holiness” which brings the Almighty closer to the world! 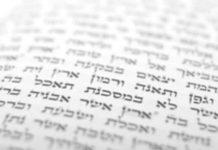 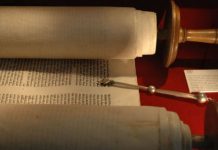