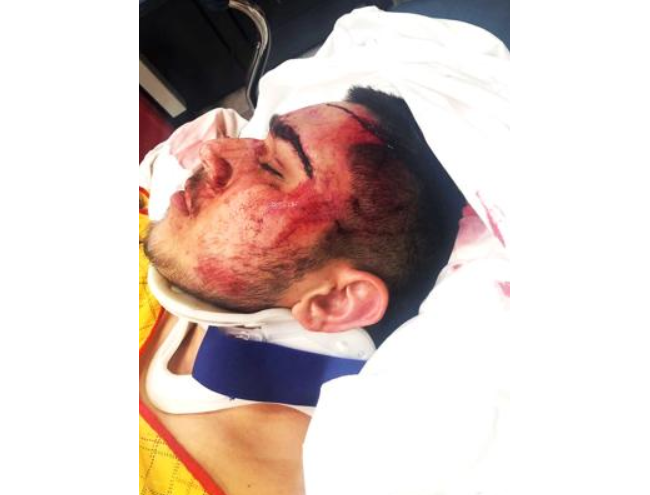 Meeting held following a rash of antisemitic incidents in the area

The Jewish community in Forest Hills is on edge after numerous altercations between Bukharian Jews and, allegedly, students from Forest Hills High School.

A 16-year-old Bukharian Jewish male remains in NYC Health + Hospitals/Elmhurst with deep bruises and cuts to his head after being beaten by a group of teenagers on Nov. 29.

A quickly arranged meeting with elected officials, Bukharian Jewish leaders and the community was held at Beth Gavriel synagogue and yeshiva last Sunday.

The police believe the events originated from disputes in Forest Hills High School.

On Nov. 28, two Bukharian kids were harassed but didn’t report it to police, sources said.

The following day, Bukharian, African-American and Hispanic students from the school reportedly fought at 64th Road and 108th Street. No arrests were made.

Then on the 30th at approximately 11:30 a.m., groups of teenage Bukharian Jews, Hispanics and African Americans fought again.

Twelve arrests were made, including eight of Bukharian Jews, for unlawful assembly and disorderly conduct for refusing to disperse.

None of the incidents have been classified as a hate crime, which drew the ire of elected officials and local Bukharian leaders.

One attendee said, “The kids purposely went out to 108th Street to find Jews.”

Meanwhile, the 16-year-old victim has been dealing with “tremendous” headaches and falls back to sleep, said Rabbi Levi Mushaiev on behalf of the boy’s parents, who were in attendance Sunday but did not speak.

“He is a yeshiva boy with no affiliation with Forest Hills High School, who had no ties with any of these people,” Mushaiev said.

A picture of the boy in the hospital was posted on Facebook, saying that the incident was a hate crime.

Mushaiev believes the boy was a target because of his appearance. He was wearing a yarmulke and tzitzit, the knotted ceremonial tassels many Jews wear.

“He is a boy who stays the furthest out of trouble in school,” Mushaiev said. “He’s a very sweet boy. He couldn’t harm a cockroach.”

City Councilman Rory Lancman (D-Fresh Meadows) said the two kids set upon in front of Munch Restaurant Nov. 28 had nothing to do with the altercations going on among the Forest Hills High School students. The second student ran for help.

“We have to get the police and the city and the DA to charge these crimes as hate crimes,” he said.

Mark Katz from the Queens District Attorney’s office said the Hate Crimes Office determines what categorizes a hate crime with a large factor being the victim’s identity. Katz asked for people to give statements and videos to the police.

Yaniv Meirov, operations manager for Chazaq, a Jewish educational organization, has seen videos of kids on 108th Street yelling, “Kill the Jews” and “Kill the Bukharians.”

Forest Hills High School is only one block from the Beth Gavriel synagogue and school.

“This fighting has been going on for too long,” said David Mordukhaev of the Alliance of Bukharian Americans.

He said students from the high school are out of classes on Saturdays when 400 to 500 Bukharian Jews are praying at Beth Gavriel and worshippers and students are frequently taunted and harassed without adequate police protection.

Videos show students from the high school going down 108th Street in “the hub of the Bukharian Jewish community,” with no police presence, Mordukhaev said.

“Many Bukharian Jews built new homes in the section around Forest Hills High School,” he added. “We want to stay in this community but if it is going to get bad, many young Bukharian Jews will simply move out.”

Community Affairs Police Officer John Maser promised a heavier police presence with both uniformed and undercover cops. More meetings are planned with the police, the community and elected officials. Capt. Kevin Yam, executive officer of the 112 Precinct, Maser and Katz said the cases have been referred to their hate crimes units for investigation.

Chairman of Community Board 6 Joseph Hennessy and Queens Jewish Community Council Executive Director Cynthia Zalisky were also at the meeting, among other dignitaries.

Shop Delight caters to all who choose to shop local –...