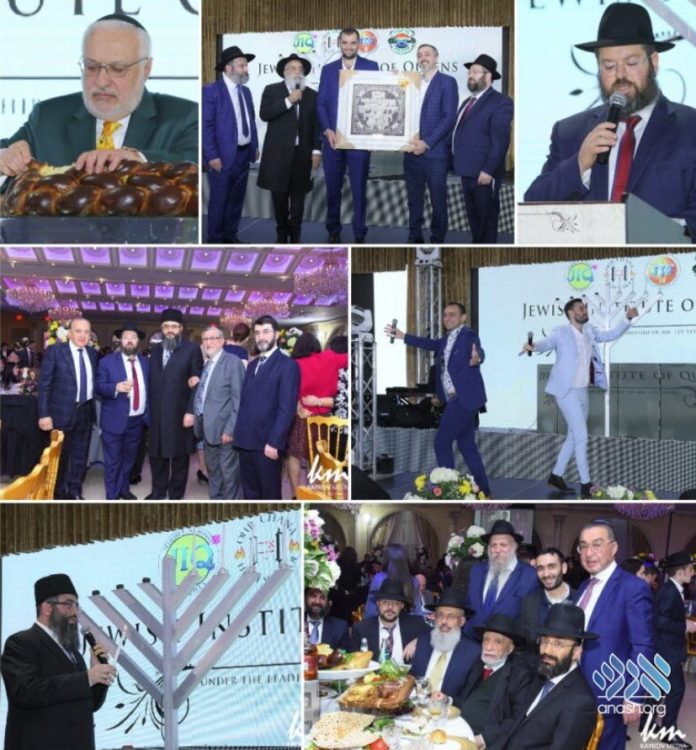 The Bukharian community of New York united for the annual dinner celebrating the accomplishments of the education empire founded by R’ Levi Leviev, which teaches authentic Yiddishkeit to thousands every year.

One by one, vehicles pulled into the parking lot of a magnificent Queens ballroom and guests began to enter. The spacious lobby was adorned with presentations showing the achievements of the educational empire of the Or Avner Institutions, founded by the President of the World Bukharian Jewish Congress, R’ Levi Leviev — whose vision helped establish a long list of educational and welfare institutions benefiting the community in the United States, Canada and around the world.

This dinner has already become a tradition. Each Festival of Lights, the community gathers to catch a glimpse of the blazing flames — the vast number of students who each day fill the five campuses in Queens, in the preschool, elementary school, high school and yeshiva divisions.

The heads of the institutions, shluchim Rabbi Zalman Zvulunov, Rabbi Levi Yitzchk Wolowik and Rabbi Shmuel Kagan, welcome the guests; each person is an important partner in the vision for the future.

The audience is very diverse. Rabbis and educators alongside wealthy tycoons and young entrepreneurs, local government representatives alongside community elders and dignitaries, eager grandparents who are happy to see their descendants involved in Jewish life, alongside young parents who have just begun sending their children to the institution.

With the fading of the music in the lobby, it is time to ascend the gilded stairs to the main hall. After the washing of the hands, the President of the Jewish Council of America Mr. Michael Aarnof is honored with the Hamotzi.

The chief rabbi of the Bukharian community in the United States and Canada, Rabbi Baruch Babayov, is honored to kindle the menorah and present greetings for the special event.

The Rebbe’s Kapitel, Perek 120 — marking 120 years of the leader whose spirit is the inspiration of the entire educational empire — is read by Rabbi Levi Yitzchak Wolowik.

Before he takes the stage, the Master of Ceremonies mentions that Rabbi Wolowik is in the year of mourning after his father, Rabbi Eliyahu Wolowik, the unforgettable gabbai in Nachlas Har Chabad. The junior Rabbi Wolowik is also praised for his devotion and endless energy for the community and its institutions.

A special chapter of Psalms is read for the inhabitants of the Holy Land who have been subjected to terrorist attacks in recent weeks. The large crowd is lead in the reading by Mr. Yehoshua Leviev, son of the patron and president of the institutions.

Israeli singer Regev Hod, who came especially from Israel, delights the audience with songs during the intermissions, and entertainers Chai and Ronen Davidov draw long strings of laughter during their comedic presentation about Bukharian culture.

On the huge screens, a chanukah video of the Rebbe is played, along with a talk of the Rebbe about the importance of education.

After a short pause, the figure of Reb Levi Leviev appears on the screens, giving his heartfelt wishes for the success of the event.

Although each and every participant is worthy of gratitude, representatives are chosen each year for special recognition. One by one, Master of Ceremonies Rabbi Asher Veknin invites the guests of honor to come up and receive their awards.

The Ohr Chanah Girls’ middle school and High School award of Honor is presented by the founder of the Bukharian Jewish Historical Museum, Mr. Aharon Aharonov, together with the President of the Bucharian Jewish Congress in the United States and Canada, Mr. Boris Kandov, to Mr. And Mrs. Yan and Margarita Moshe, President of the Ohel Yosef and Brucha Toxsor, businessman and philanthropist, for their great contribution to community institutions, and especially for the purchase of the new location for the museum and all its new wings.

The Medal of Honor for the renowned Gan Yisrael — Or Avner Summer Camps is awarded by Youth Rabbi Asher Veknin and community supporters Shalom and Natalie Rachminov to Mr. Avi and Bracha Behar, for contributing their fortune towards the future generation of the community and believing wholeheartedly in this mission to ensure the future of Bukharian Jewry.

The Medal of Honor of the Boys’ High School and the Yeshiva Division for Graduates is awarded by Mr. And Mrs. Gavriel and Chagit Sofiev – Leviev, son-in-law and daughter of Mr. Levi Leviev, constant supporters of the institutions, to Mr. Abu Iliev, a successful young businessman who contributes his fortune to the expansion and establishment of the institutions.

A special tribute in music and flowers is presented by students and alumni to the principals of the schools, expressing the gratitude of the entire community for the devoted teaching staff who dedicate their lives to the community’s future.

The boys of the “Atid” Choir, who performed at the beginning of the event, and the singers Regev Hod and David Katanov, who came especially from the Holy Land, delighted the audience with traditional songs alongside modern Chassidic music — and, most importantly, playing to the tune of the beautiful flames of Jewish souls, shining into the future. 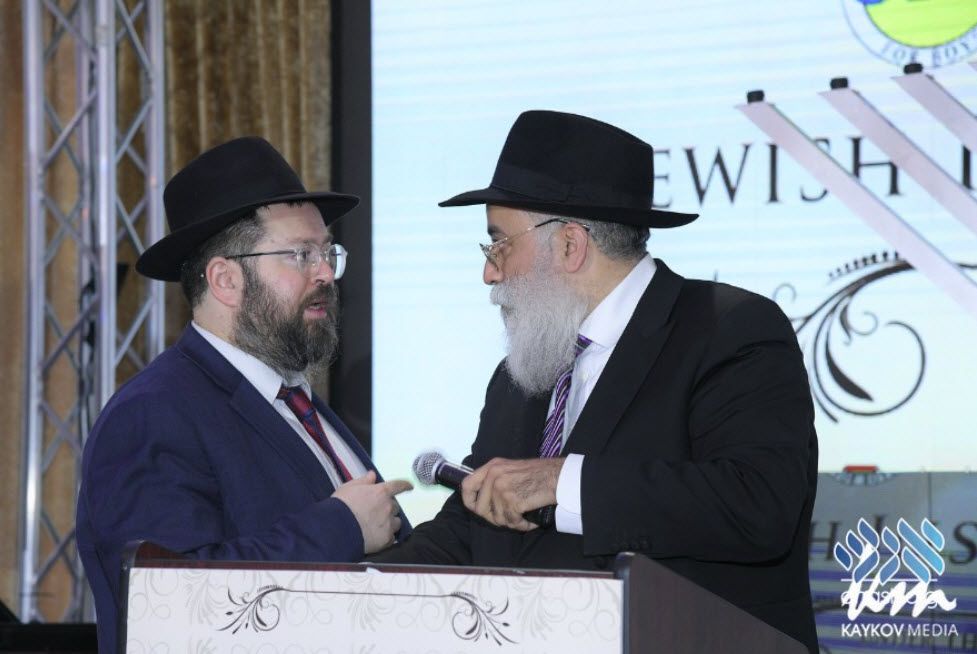 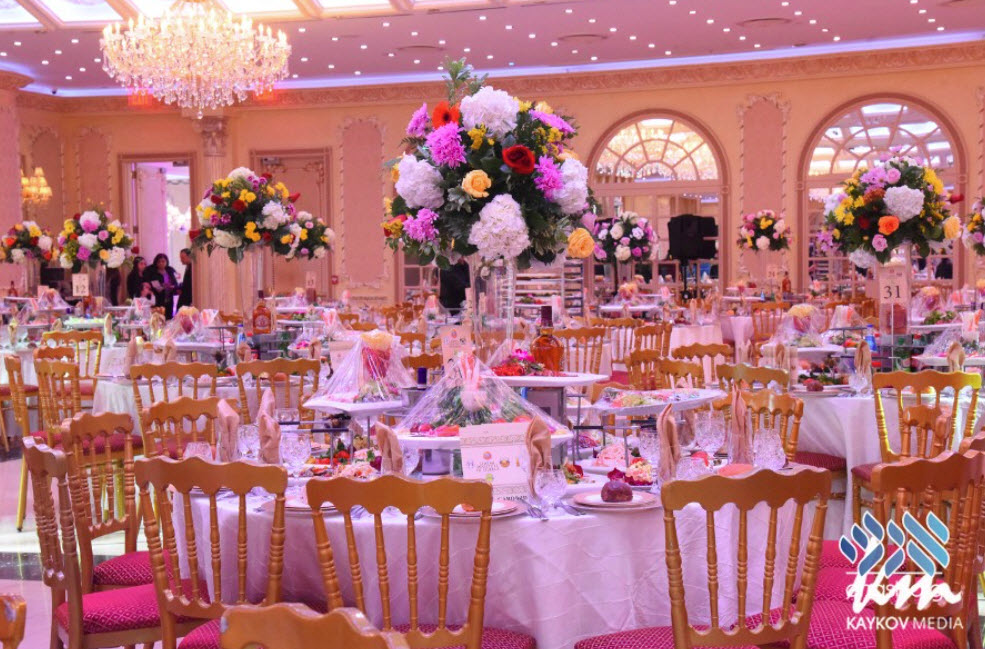 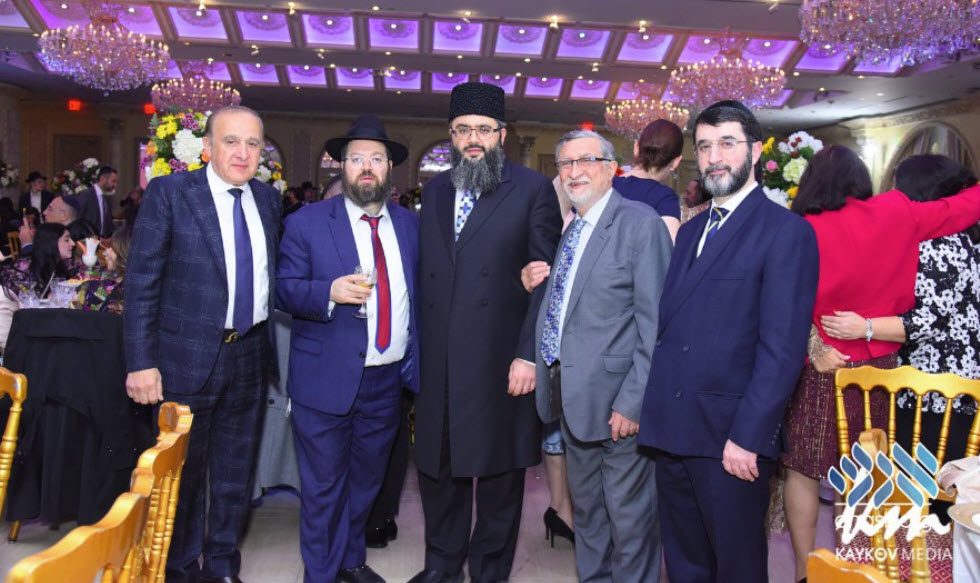 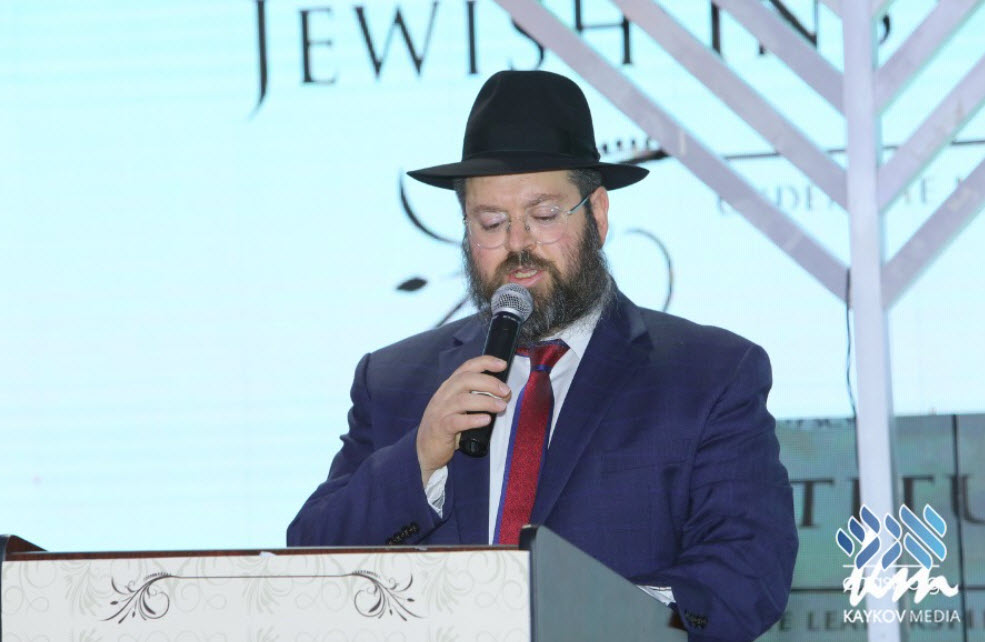 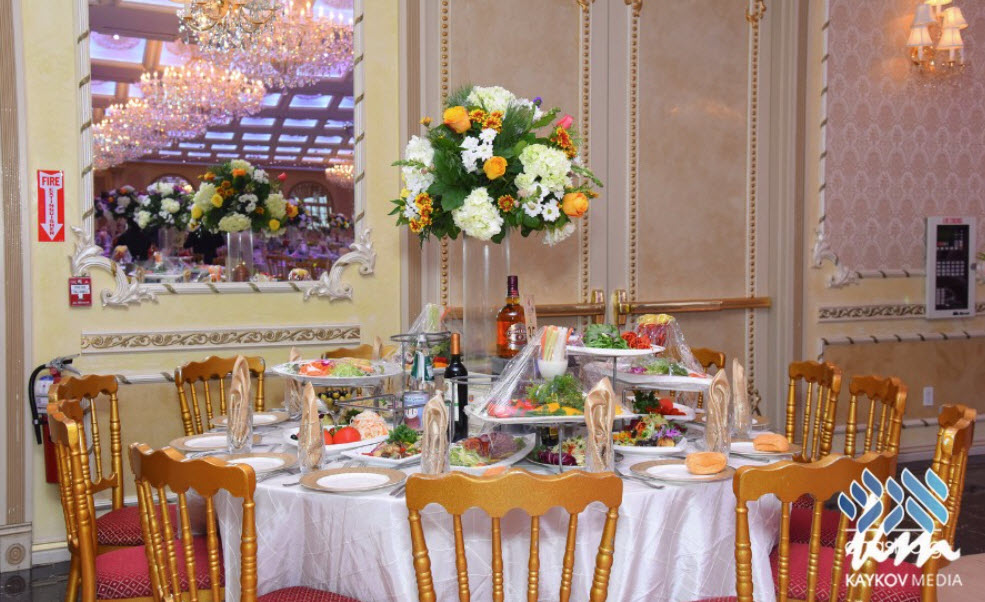 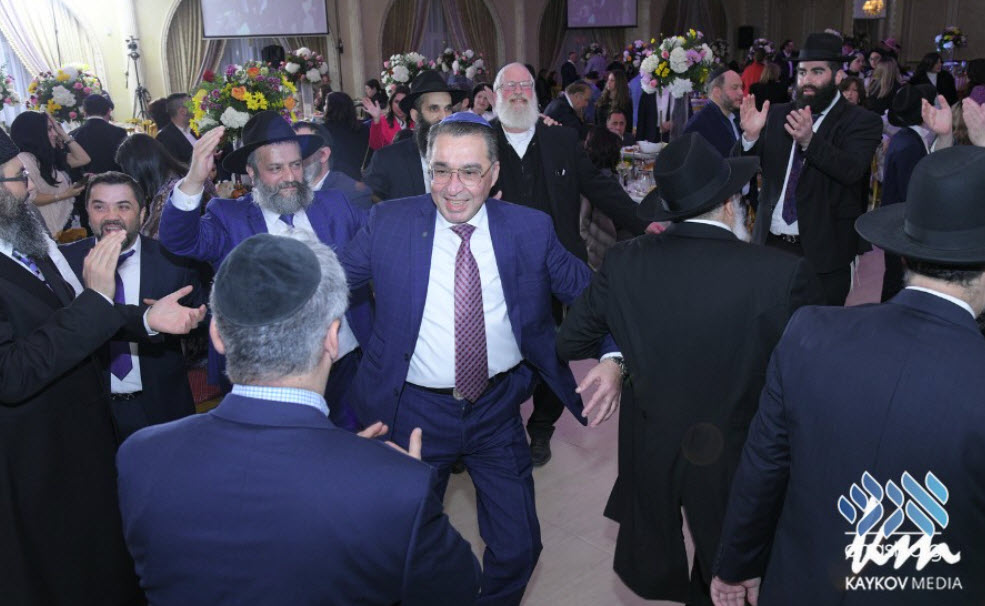 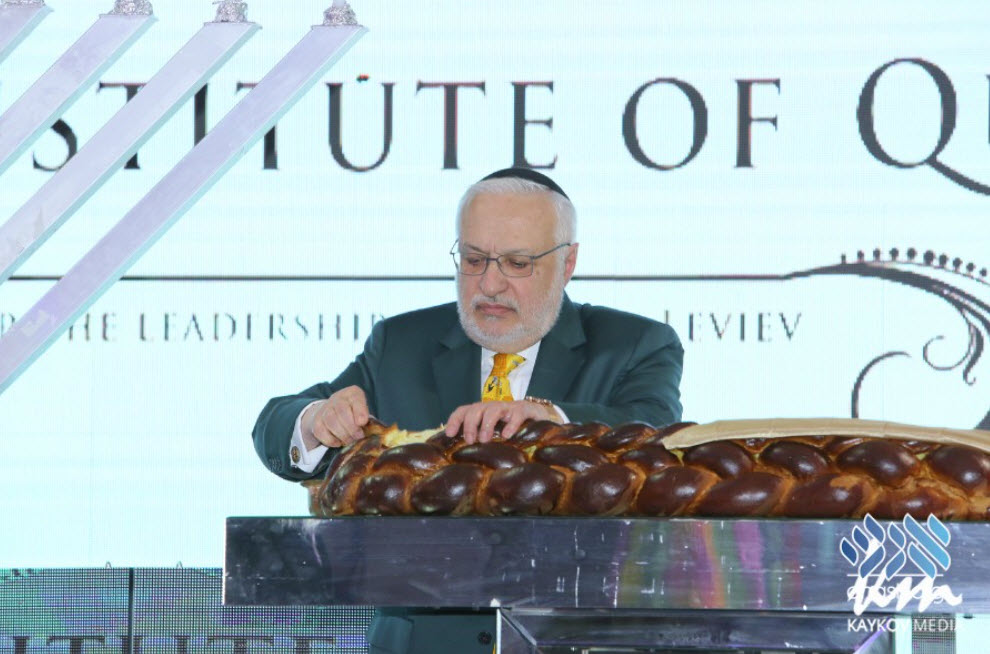 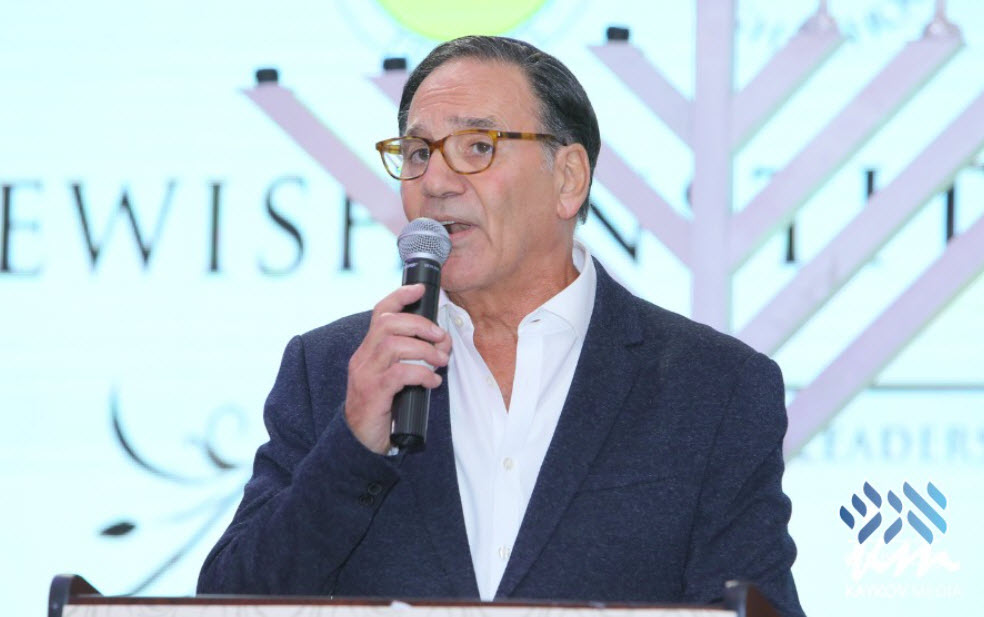 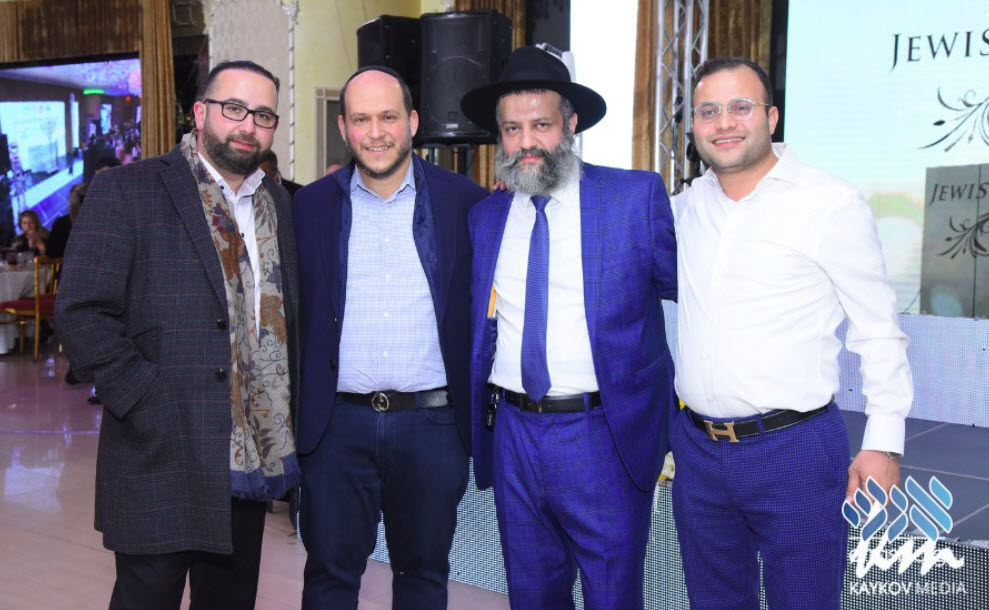 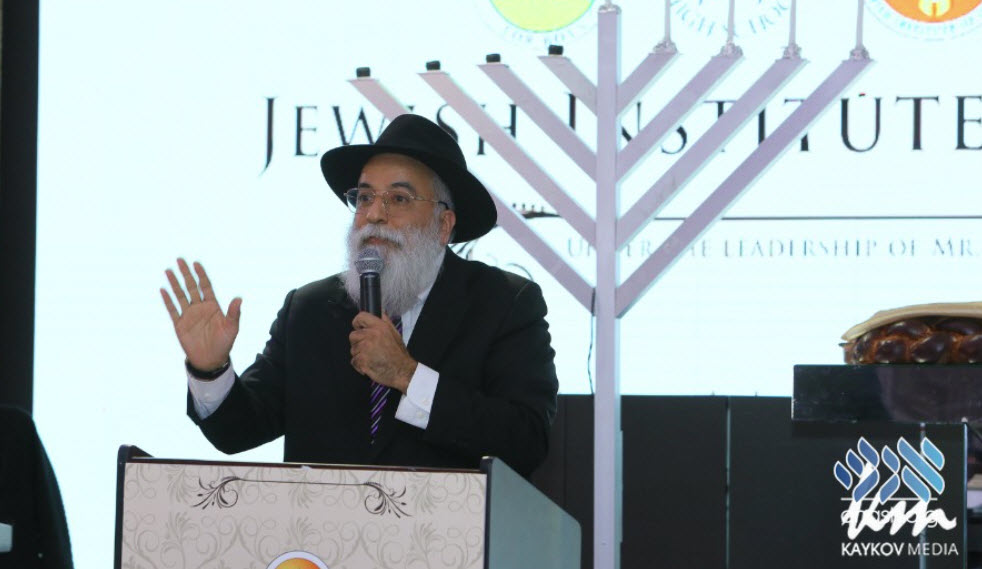 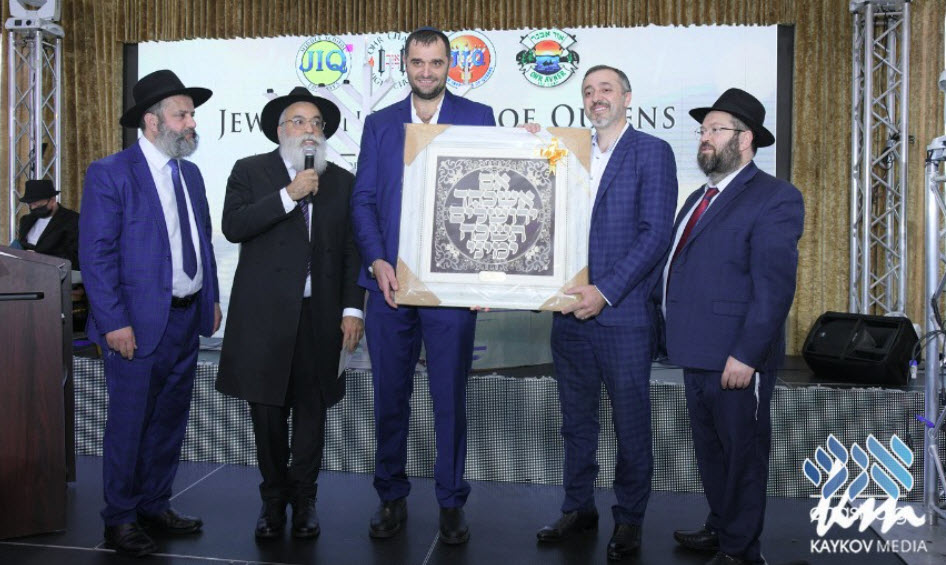 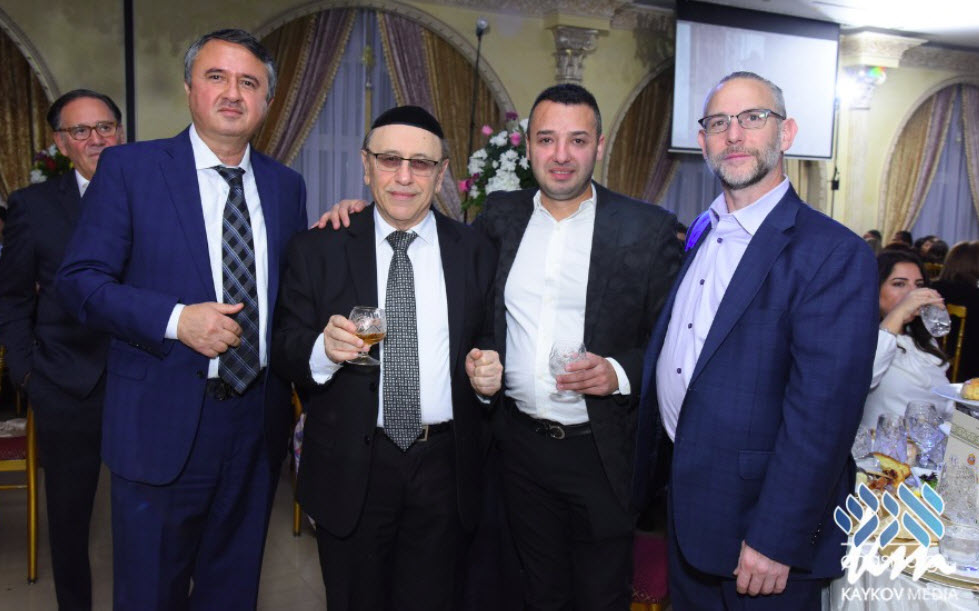 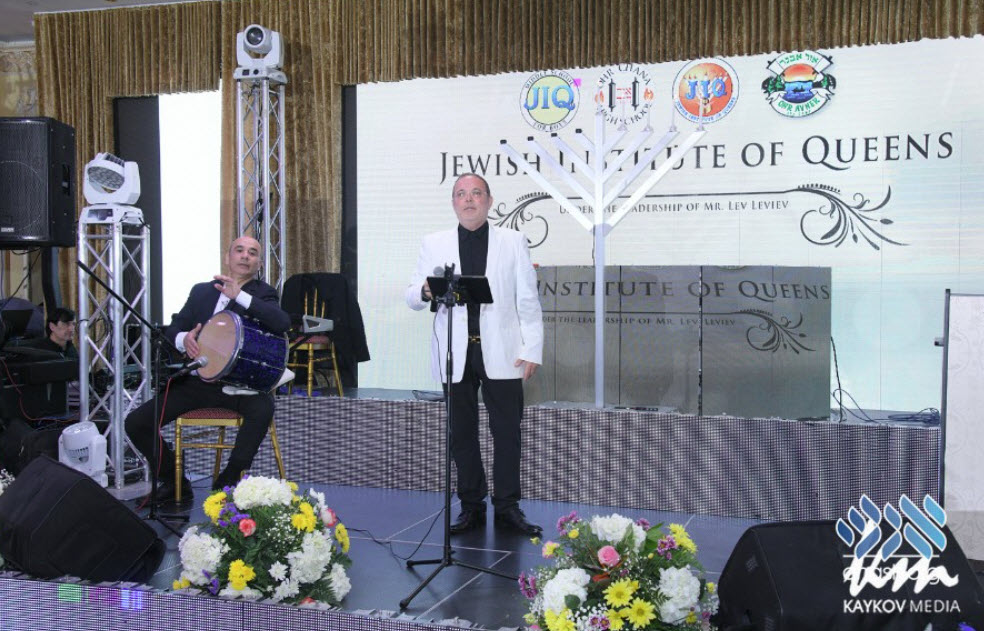 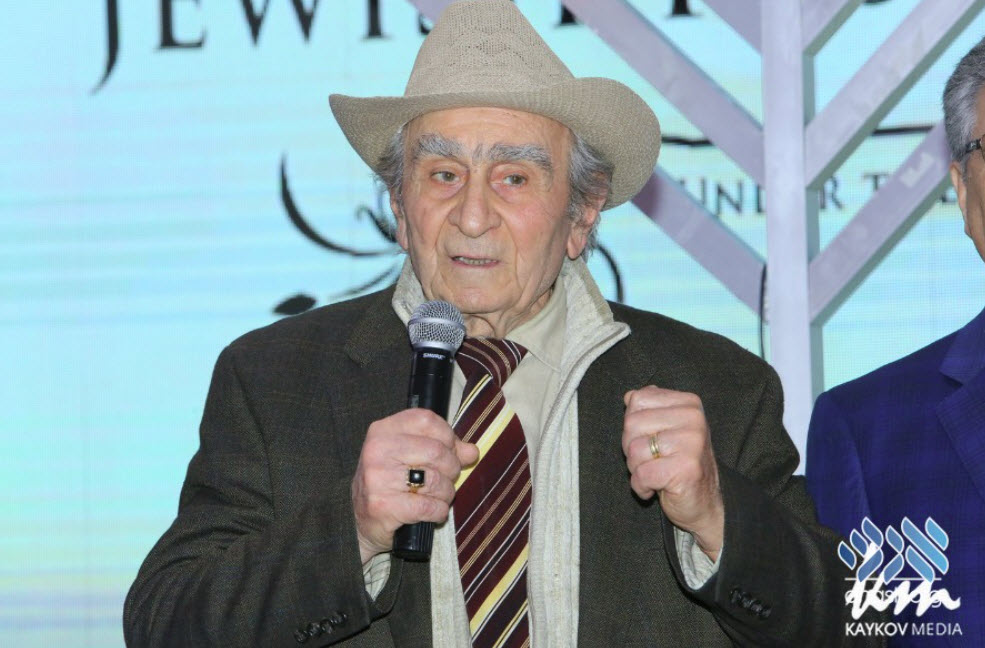 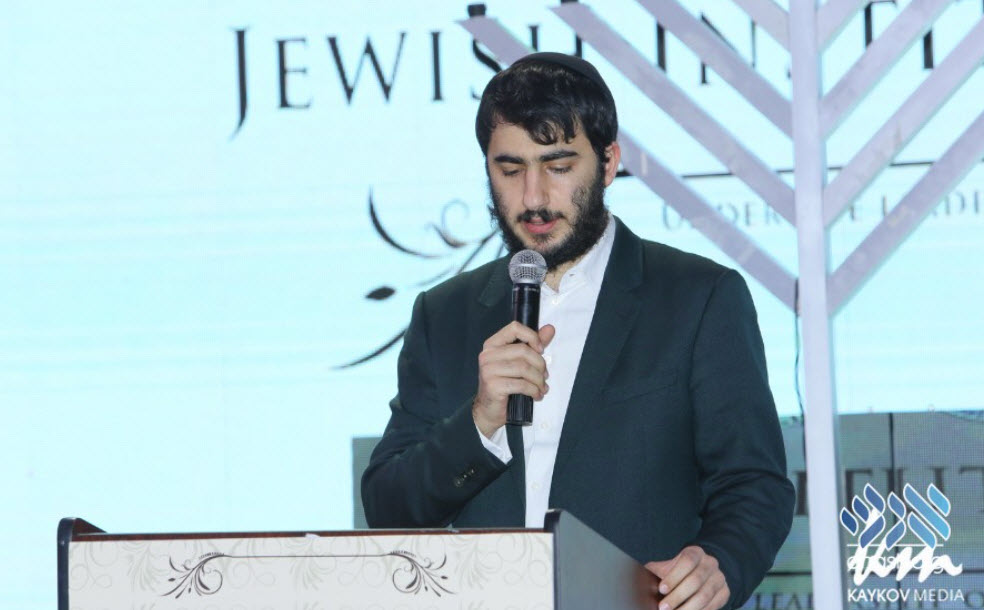 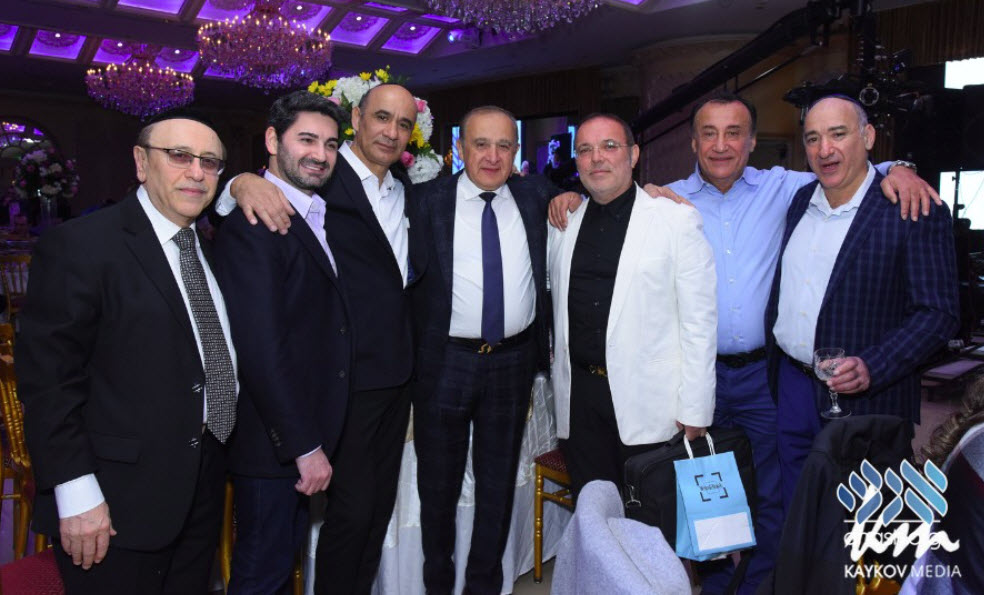 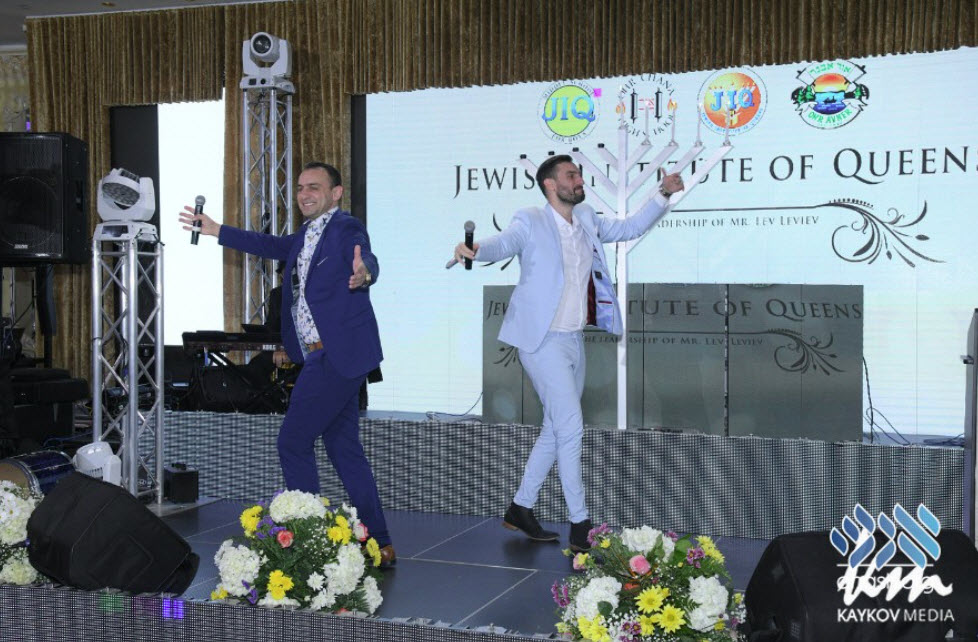 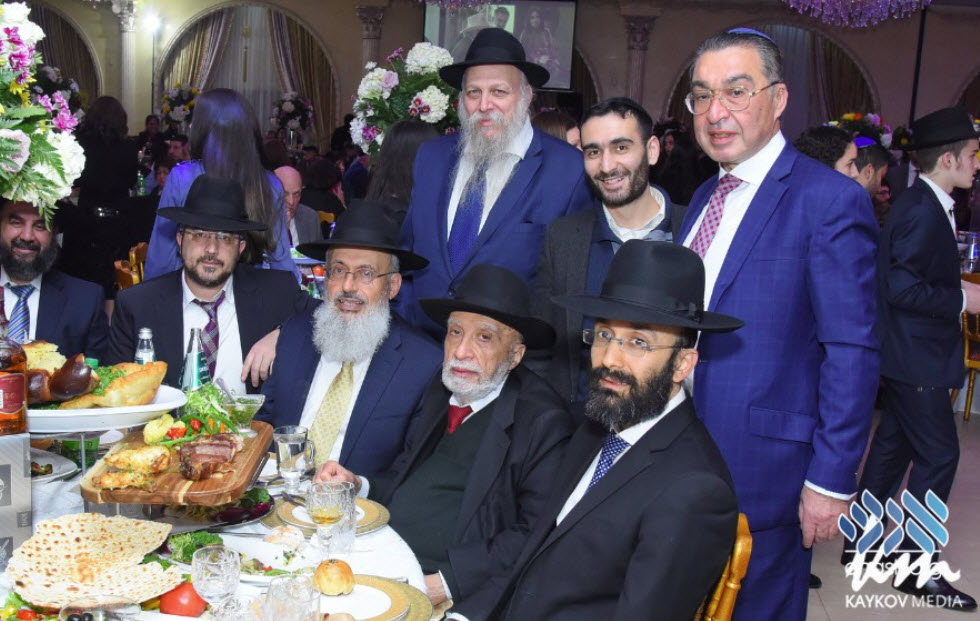 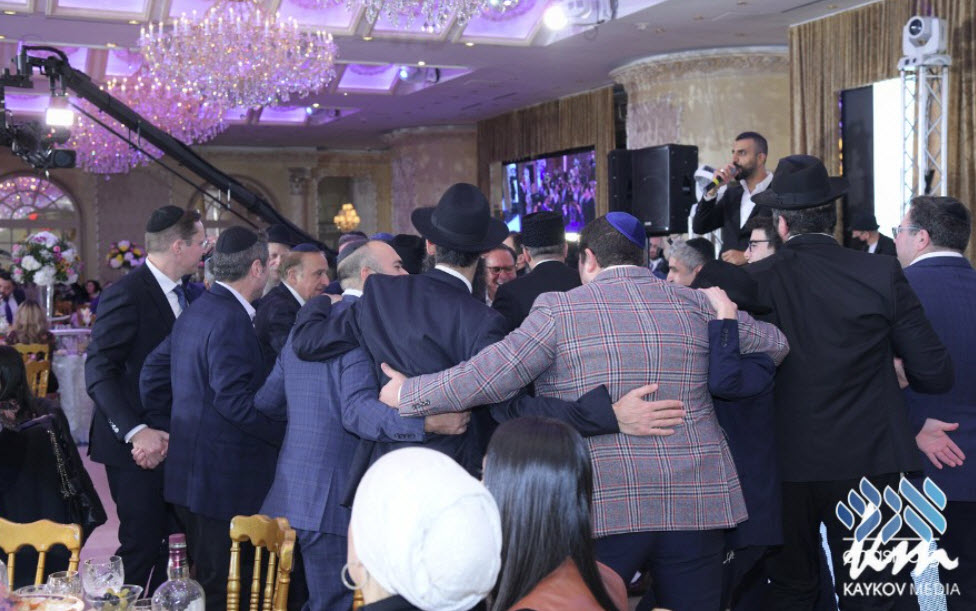 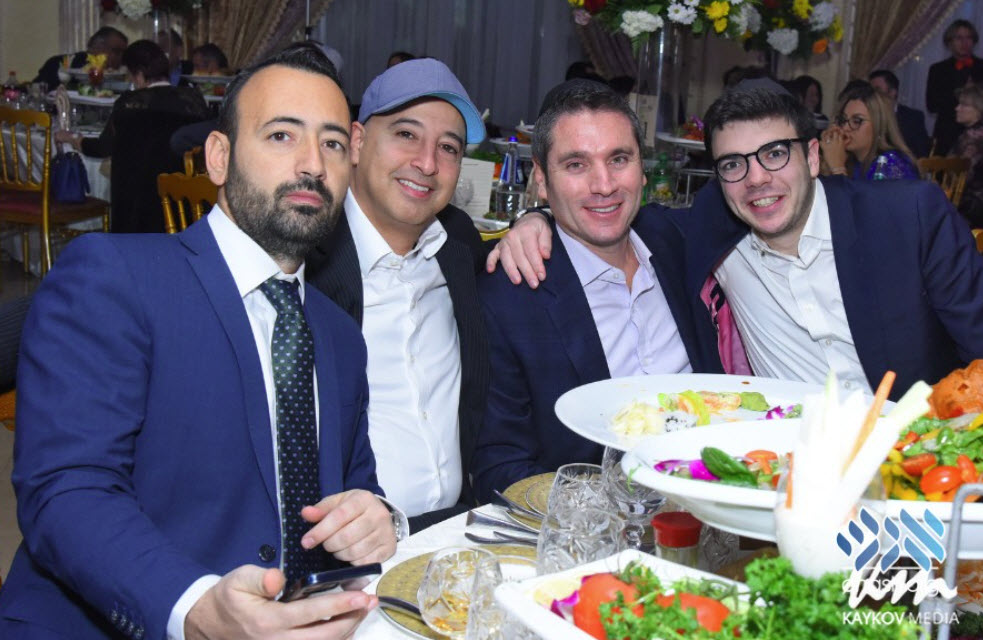 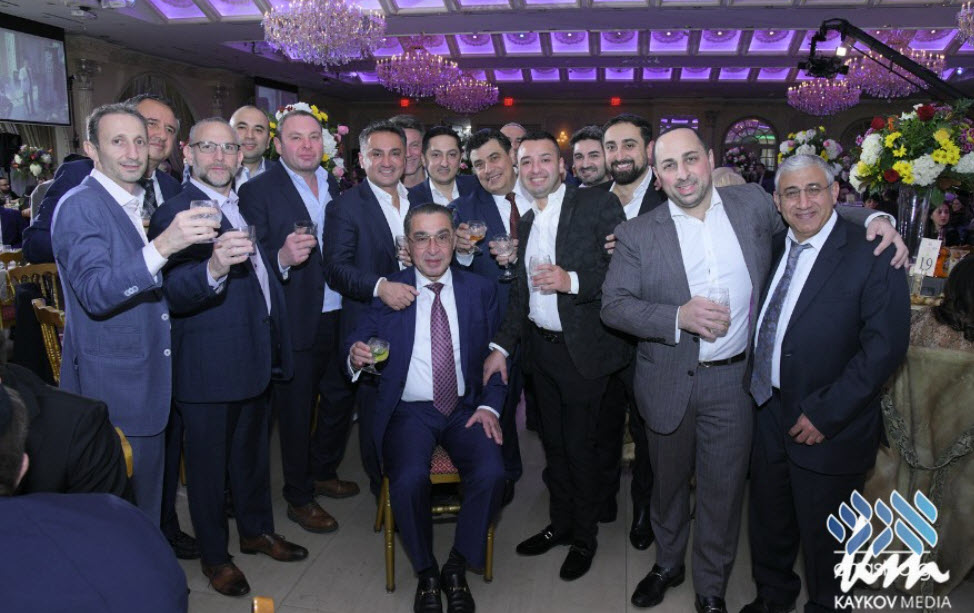 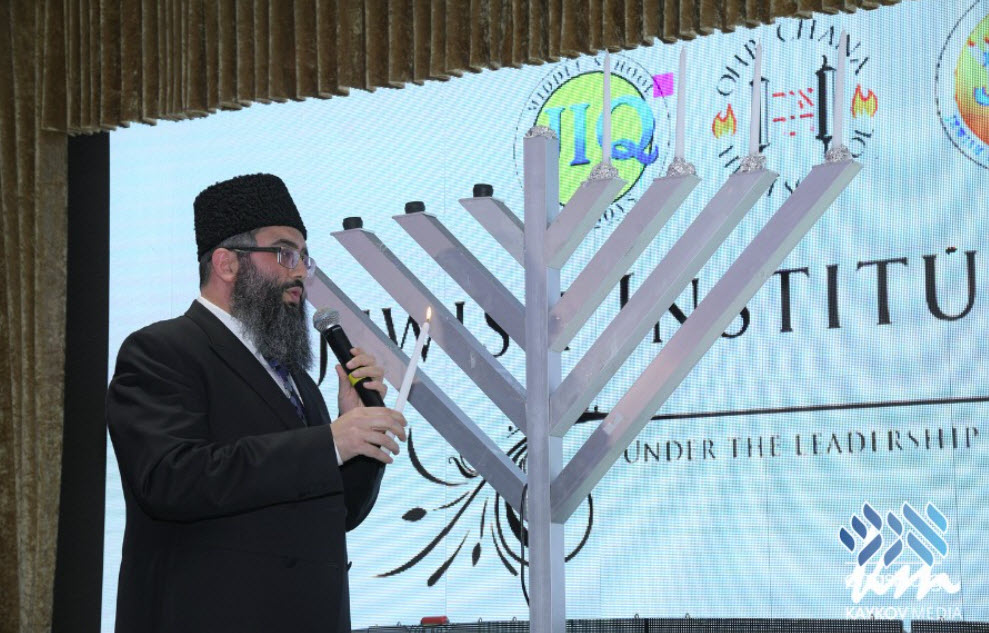 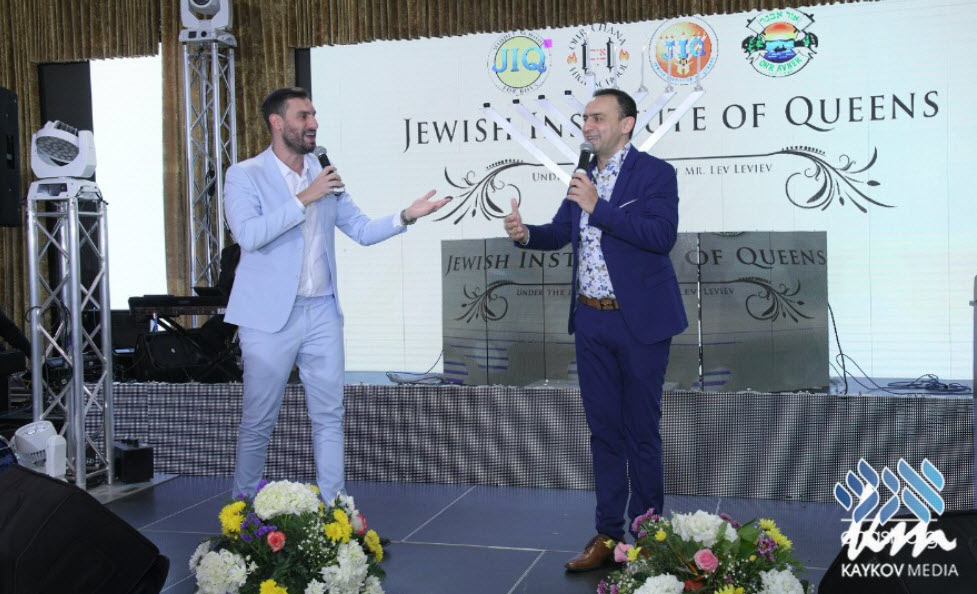